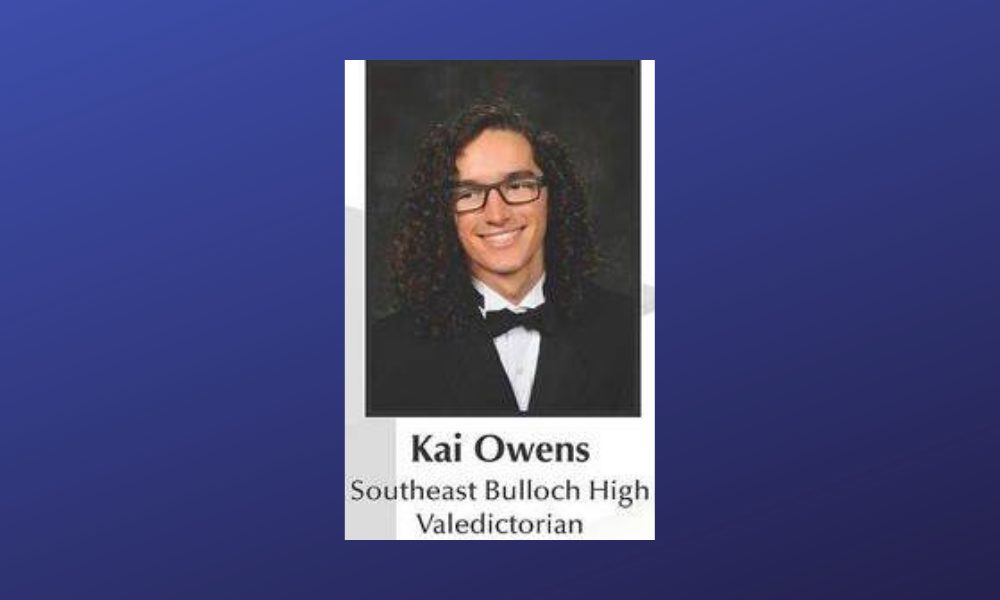 Kai Owens, 18, is resilient, determined, and willing to adapt. He is a nationally-sponsored skimboarder, a skilled drummer with multiple collegiate music admissions offers, the founder of his own philanthropy, a cast member of an international documentary film, a high school valedictorian, and legally blind.

“It’s the way I was raised,” said Kai. “It’s my family’s attitude. My parents always said do your best, and my older brother, Cash, and I took that literally.”

In 2013, when Kai was nine years old and in the fourth grade, he began to lose his eyesight. He was diagnosed with Retinitis Pigmentosa; however, that diagnosis was recently changed to ABCA4-linked Retinopathy. It’s is a rare form of macular degeneration that affects the retina and causes gradual vison loss.

Kai has night blindness. There are large areas of his vision where he sees only light.  He has become adept at reading Braille, using a mobility cane and assistive technology, and he’s on the waiting list for a guide dog.

Sarah Bussey and Allison Joy Walker, who are contracted services teachers for Bulloch County Schools through Allied Instructional, have been Kai’s visually teachers for the visually impaired who assisted him with learning these skills.

“I enjoyed working with Kai and his family,” Bussey said. “I learned as much from him as he learned from me.  I’m a very different teacher today because of him. We helped make sure Kai had the tools and skills he needed to be able to thrive and compete with his peers.”

In eighth grade, Bussey introduced Kai to her colleague, Joe Strechay, a very successful visually impaired teacher and television and film producer, who is an expert when it comes to accessibility and inclusion. He became a key mentor for Kai.

“Joe has really been a mentor to me through the years and really helped me,” Kai said.

“Looking back, introducing Kai to Joe was probably one of the best decisions I’ve made,” said Bussey.  “It became a pivotal moment to his future success and independence. He needed to know what was possible. He helped him understand that, okay, this happened to you, and that’s okay. You just have to do life a different way.”

Kai plans to attend the University of Georgia, major in Music Theory and drum set performance, and pursue a career as a professional musician. He received music admissions offers from the prestigious Berklee College of Music and the City College of New York, but ultimately decided to remain in his home state.

“I bonded with music when I was younger. It brought me comfort as I began to lose my sight. I began playing drums in the fifth grade with private lessons, I played drums in middle school band, and I am part of the local music scene through Pladd Dot’s School of Rock.  Metal music is my favorite, and it allows me to release emotions in a healthy manner.”

Kai is very thankful to the faculty and staff that have been his support system through the years, like Stephanie Mireles, who is Southeast Bulloch High School’s special education coordinator, Michelle Williams, who’s been his dedicated paraprofessional since sixth grade, and Danielle Hibbs-Heiser, his ninth-grade Biology teacher.

“Ms. Williams has been the single biggest help to me out of anyone in the school,” Kai said. “She primarily prepares materials for me now, but she used to help me in class by reading text to me. Also Mrs. Hibbs-Heiser really helped show other teachers ways to properly accommodate visually impaired students. Coach Oliver, who was my ninth-grade World History teacher, and Mr. Nick Thrower, my Advanced Placement English language Arts teacher, were also some of my favorite teachers.”

“Kai is so determined and driven,” said Mireles. “He just keeps working. There were times he’d work from 8 a.m. to 4 p.m straight., especially with college entrance exams like the SAT and ACT that were complex and had portions he had to read in Braille and portions that as proctors we read aloud to him.”

“As Kai’s freshmen honors biology teacher, I was privileged to witness firsthand how he could navigate and master the highly visual science of biology and work consistently and respectfully as part of a collaborative team,” said Hibbs-Heiser. “As his teacher, I, on more than one occasion, failed him. But instead of complaining he would communicate his issues to me directly and help to find a solution.”

“Kai is a fantastic student because he chooses to live an adventurous life,” said Thrower. “His experiences give him a strong world view, and an empathetic nature.”

His adventures include skateboarding, surfing, and skimboarding, a sport for which he has a national sponsorship from Exile Skimboards. He began picking up these sports at age three. He later found ways to adapt independently, or attend special camps, like the Indo Jax Surfin Charities’ surfing camps for the visually impaired. You’ll frequently find Kai honing his skills at Tybee Island.

“I’m the world’s only legally blind skimborder. When I skimboard or surf, I know the beaches really well. I know how the waves break, or I have someone verbally guiding me from shore.”

A more recent adventure in Arizona led him to be part of a documentary film entitled, “See Sedona Blind.” The film is scheduled to premiere on June 14, at the Sedona International Film Festival, and is being considered for distribution on national streaming services.  Kai was one of 12 visually impaired influencers in the film who hiked the Sedona area and documented their experiences.

Kai is an advocate for others with visual impairments.  With the help of his family, he founded Kai’s Comforts which accepts donations of new, softly textured bedding items. We he was younger he discovered that these items helped ease his anxiety, especially at night, when he suffers from night blindness. Over the past eight years, his philanthropy has collected and donated hundreds of items to the Georgia School for the Blind and other similar schools and centers in Georgia and other states.

Kai is the son of Chris and Kim Owens of Brooklet. He lives his life with #NoExcuses, a hashtag you’ll see frequently on his Instagram.

He is very thankful for the support of his family, especially his mother, whom he credits with being his advocate to ensure he always has proper learning accommodations.