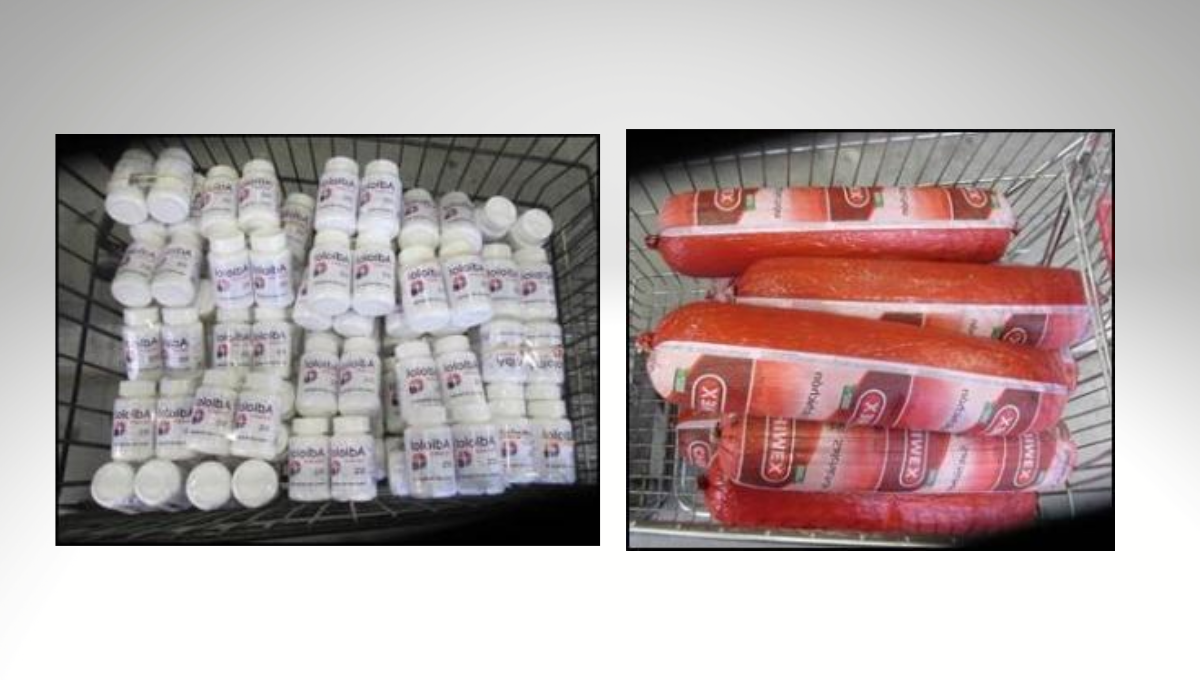 A woman was arrested last week by U.S. Customs and Border Protection officers assigned to the port of Santa Teresa. Authorities say they seized 4,600 Tramadol pills and 90 pounds of prohibited pork bologna.

The seizure was made on August 25, when a 34-year-old female, U.S. citizen arrived from Mexico via vehicle lanes. The driver gave a negative declaration to the primary CBP officer who referred the vehicle for a secondary inspection. During a secondary inspection, CBP officers located 92 bottles containing 4,600 pills of Tramadol, a schedule IV-controlled substance. The search also yielded 10 rolls of prohibited pork bologna which were stashed under the seats of the vehicle. The contraband meat weighed 90 pounds.

The individual was issued a civil penalty and the bologna was seized and destroyed by CBP Agriculture Specialists per USDA regulations. The medication was seized.

Mexican bologna is a prohibited product because it is made from pork and has the potential for introducing foreign animal diseases to the U.S. pork industry.

“It is important that travelers educate themselves on what products are allowed to be legally entered. And even if they believe an item is allowed travelers should still declare all items they are transporting from abroad to avoid fines and penalties,” said CBP Santa Teresa Port Director Tony Hall.

CBP said the U.S. Department of Agriculture and the Department of Homeland Security work together “to protect American agriculture against the introduction of pests and diseases at our nation’s ports of entry.” Undeclared prohibited agriculture items will be confiscated and can result in the issuance of a civil penalty for failure to declare.

Ep 233: From the Prison to the Butcher Shop