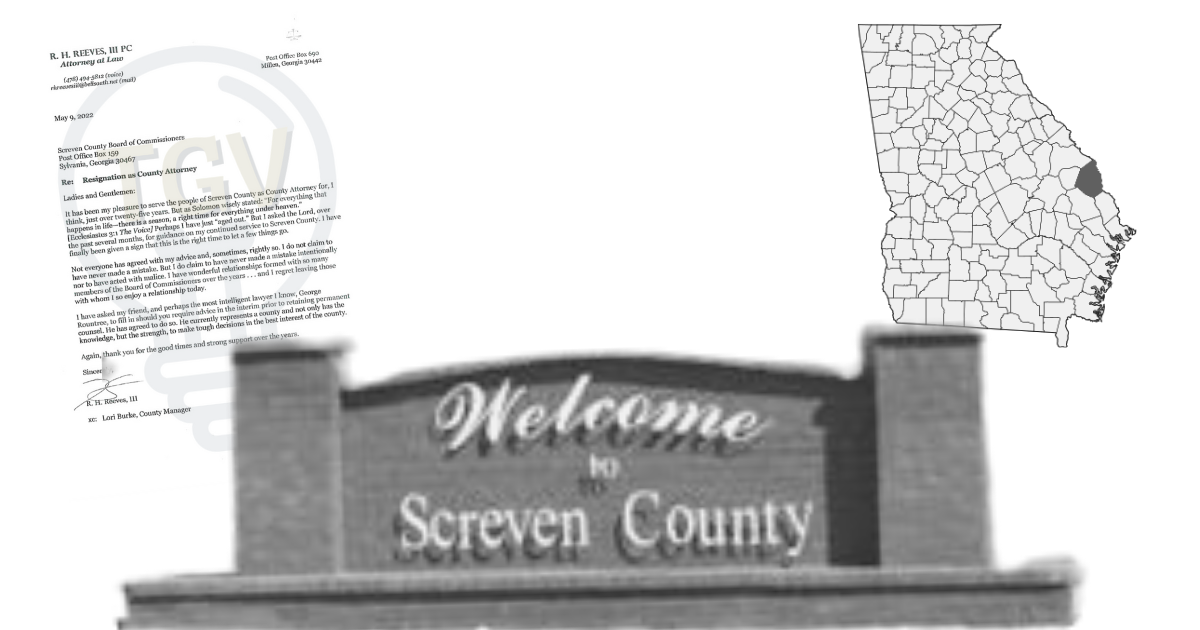 The attorney for the Screven County Board of Commissioners resigned effective immediately on Tuesday ahead of the regularly scheduled commission meeting.

Commissioners were notified Tuesday morning around 7:30 a.m., about an hour and a half before the 9:00 a.m meeting, that Hubert Reeves was stepping down from his position. It was formally announced during the Commission meeting.

TheGeorgiaVirtue.com obtained a copy of the resignation letter, which is dated May 9, 2022. The letter from Reeves cites “aging out” as the reason behind his departure.

Traditionally, local government agencies that border each other or reside within one another don’t share legal counsel due to the possible conflict which could arise in the event of a dispute. Jenkins County, having retained Rountree first, would prevail with the representation, leaving Screven County without any. The two counties are also currently intertwined in a contract dealing with trash hauling and landfill use, via Atlantic Waste Services.

The City of Claxton and Evans County dealt with a similar conflict roughly a decade ago after sharing the same legal council for years.

The complete letter obtained under the Georgia Open Records Act is below.