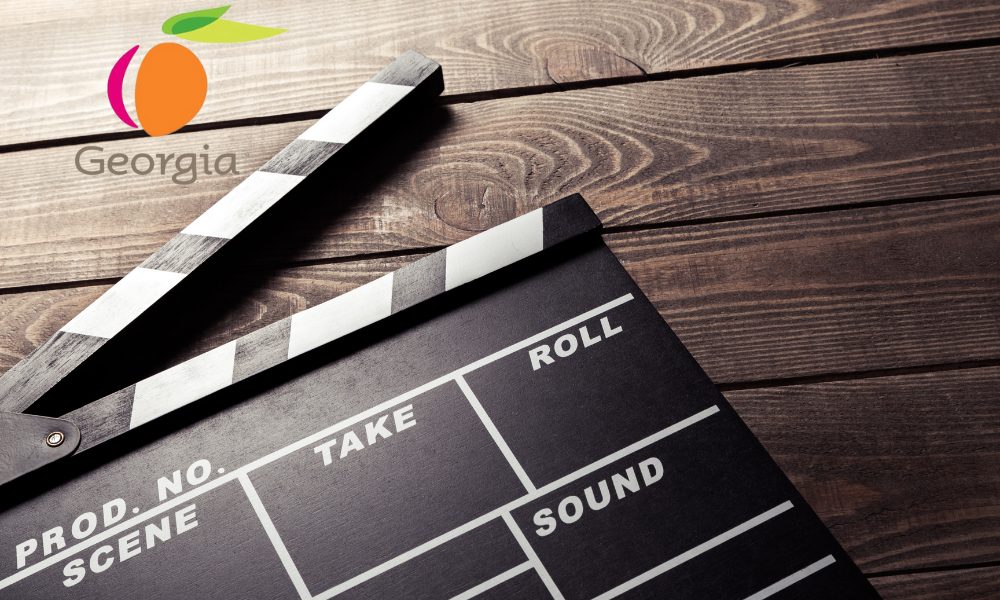 Governor Brian Kemp announced a chart-topping year for the film and television industry as productions spent $4.4 billion in Georgia during fiscal year 2022 – a new industry record.

The Georgia Film Office, a strategic office within the Georgia Department of Economic Development (GDEcD) charged with marketing and promoting the industry in the state, reported that the State of Georgia hosted 412 productions, represented by 32 feature films, 36 independent films, 269 television and episodic productions, 42 commercials, and 33 music videos between July 1, 2021 and June 30, 2022.

“When the pandemic struck, we worked hard in Georgia to communicate with our partners in the Georgia film, TV, and streaming industries,” said Governor Brian Kemp. “Together, we forged a safe and appropriate path to allow the film industry to return to operations and deliver Georgia Made productions to eager consumers all around the world – even when some states continued to stay shut down and stifle the industry’s return to normalcy. Because of this partnership approach and the resiliency of our state’s film and television infrastructure, which state and local economic development officials have been working for almost fifty years to build, we are once again celebrating incredible growth and investment from industry leaders.”

“In addition to providing production jobs that range across a variety of skills from accounting to carpentry to engineering and graphic design, productions are using local vendors, eating at Georgia restaurants, and staying in our hotels,” continued Governor Kemp. “We’re proud to be training more Georgians to be decision-makers in film and television production, keeping their talents in our state, and we look forward to this industry’s continued success in the Peach State!”

In addition to working with studios and communities to bring productions to Georgia, the Georgia Film Office provides multiple resources for local businesses and talent to list their services to industry decision-makers such as the Georgia Reel Crew™ database, which is a searchable, online directory of crew and support services; the Georgia Reel Scout™ database of local properties available for filming; certification and a searchable map of Georgia Camera Ready communities; information on available stage space; and other information that links Georgia assets with industry representatives.

“Georgia’s thriving creative arts and entertainment industries support thousands of jobs across our state,” said Speaker David Ralston. “By working collaboratively between the public and private sectors we have created an economic engine that is the envy of the nation. From blockbuster motion pictures to the latest video games, Georgia-produced content is everywhere, demonstrating our competitive advantages in this multi-billion-dollar industry. For producers who are serious about having access to the best talent available and state-of-the-art facilities, Georgia is on their mind.”

Streaming episodic and limited-series programming continue to choose Georgia for hit programming, including Season Four of Netflix’s “Stranger Things,” which reached an all-time Neilson streaming record in July for its more than 7 billion minutes of viewing time during the first half of the season. This show, as well Georgia-lensed Netflix hit “Ozark,” each earned 13 Primetime Emmy® nominations in July. Emmy nominations also came in for HBO Max’s “The Staircase,” Disney+’s “Loki” and FX’s “Atlanta” among others, totaling 46 nominations for productions in the state. Georgia-lensed productions earned prestigious Peabody Awards in June: both “The Underground Railroad” (Amazon Prime) and “The Wonder Years” (ABC) won in the “Entertainment” category.

Among other industry developments during the year, Reynolds Capital announced that they would invest $60 million in Athena Studios, a new soundstage development in Athens, Georgia. Athena Studios will initially host approximately 350,000,000 square feet of stage and mill space as well as a building for the University of Georgia and the Georgia Film Academy to teach students film production.

Cinelease Studios-Three Ring broke ground on a $144-million studio expansion in Covington, and Electric Owl Studios broke ground on their 17-acre site in the City of Stone Mountain, where Capstone South Properties and Domain Capital Group are building the world’s first ground-up, LEED Gold-certified film and TV studio campus in March. Also in March, United Talent Agency kicked off their new full-service office, where all 40 of their divisions will be actively represented in Atlanta, from film and TV to gaming and sports to podcasting and music. While developing the former Doraville GM site, Gray Television announced a new partnership with NBCUniversal Media (NBCU) to lease property for content creation as well as manage all production facilities, including Gray’s studios. This partnership is estimated to create more than 4,000 new jobs in the state.

The largest studio-based equipment company in the world for film, television, and events, MBS Equipment Company (MBSE), in October 2021 announced the opening of their new East Coast headquarters at Trilith Studios in Fayette County.

“The credits rolling are the names of our neighbors and our cities, and it’s incredibly exciting to bring our Georgia people and places around the world through entertainment,” said Georgia Department of Economic Development Commissioner Pat Wilson. “We thank Georgia’s leadership, the companies doing business here, the professionals at our Georgia Film Office, and all of our partners who have worked continuously to bring more film and television production to Georgia. Their tireless efforts improve the lives of thousands of Georgians and their families, and a make significant positive impact on our state’s overall economy.”

In addition to new homes, shops, and production space at Trilith Studios in Fayetteville, The Town at Trilith now has a state-of-the-art boutique hotel, expected to open in fall 2023. As production blurs the line between passive and active viewing with the use of virtual and augmented reality, Trilith Studios and NEP Virtual Studios announced a new state-of-the-art virtual production facility – the first Prysm Stage has become available at the Creative Technologies District at Trilith Studios. This permanent stage facility will offer filmmakers stable and advanced real-time workflows and technology, operated by experienced virtual production experts.

“It’s very gratifying to see the continued commitment to Georgia’s film industry through local investment in soundstages, support services companies, and educational programs throughout the state,” said Georgia Film Office Director Lee Thomas. “We send a big thanks to the companies who have invested here and the communities that work so hard to make films dreams a reality for their local residents and economy.”

Gaming, esports, and other interactive entertainment projects such as mobile games; virtual reality, augmented reality, and console and PC game development are also part of production growth in the state, but are not included in the film industry’s direct spend totals. Riot Games recently announced that the 2022 League of Legends World Championship semifinals will be held in Atlanta.