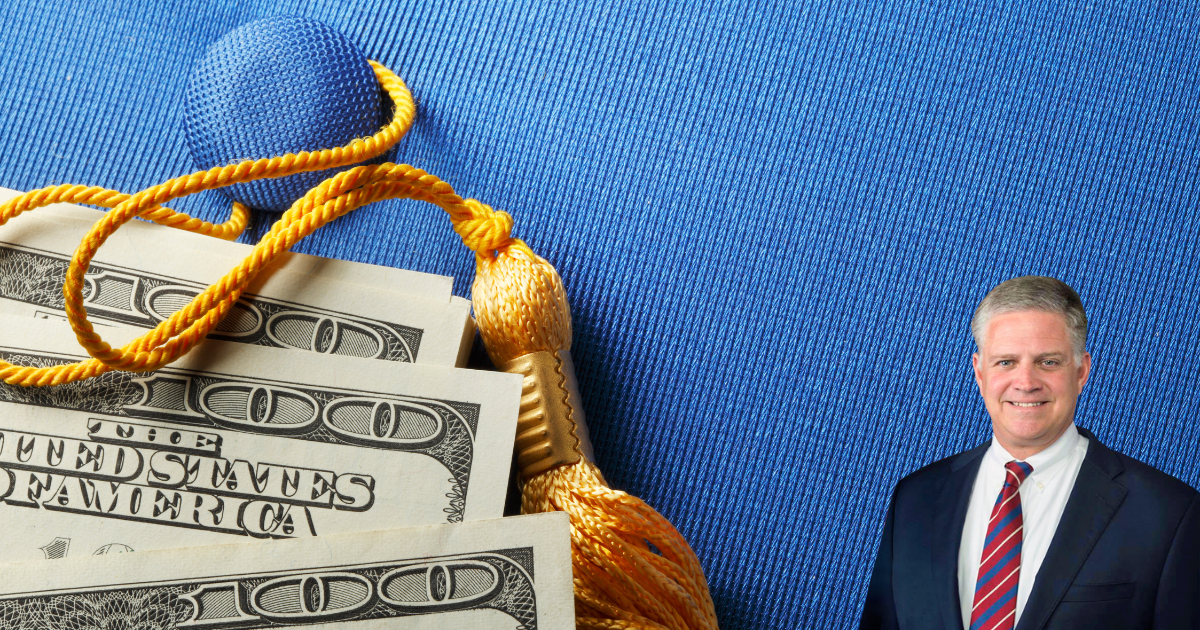 According to reports, President Joe Biden, a Democrat, has indicated he is open to forgiving some student loan debt. That prompted U.S. Rep. Drew Ferguson, R-Georgia, to co-sponsor H.R. 8006, the Student Loan Accountability Act, to bar the cancellation of student loan debt on a mass scale.

“Hardworking Americans are not responsible for paying off the student loan debt of others,” Ferguson said in an announcement. “The Biden Administration’s radical big government proposal would come at the expense of taxpayers — many of whom have fully paid off their student loans, worked hard to pay for their education, or chose not to enroll in college at all.

“To make matters worse, Biden’s plan allows the IRS to snoop into private tax filing data in an effort to determine who qualifies for its forgiveness program – an extreme authoritarian overreach that is simply unconstitutional,” Ferguson added. “Even though the President lacks statutory authority to implement a mass scale cancellation of student debt, the Student Loan Accountability Act puts this fundamentally unfair discussion to rest. Instead, Congress must focus on market driven solutions that bring down the cost of higher education, including reducing the government’s role in the student loan market.”

Ferguson’s position contradicts that of U.S. Sen. Raphael Warnock, D-Georgia, who has been a proponent of canceling student loan debt.

“Significantly [canceling] student debt can’t come soon enough, as Georgia student loan borrowers still have a mountain to climb as they continue navigating the changing economy,” Warnock said in a May statement after meeting with Biden in the Oval Office.

“This relief would lower people’s financial burdens, and spur entrepreneurship and homeownership,” Warnock added. “It would also provide the most help for Georgians who graduated from institutions like trade schools and community colleges, and the countless borrowers who weren’t able to finish their degree.”

Proponents of canceling student loan debt have said more than 7 million borrowers are currently defaulting on their federal student loans. According to CNBC, the nation’s outstanding education debt is more than $1.7 trillion.