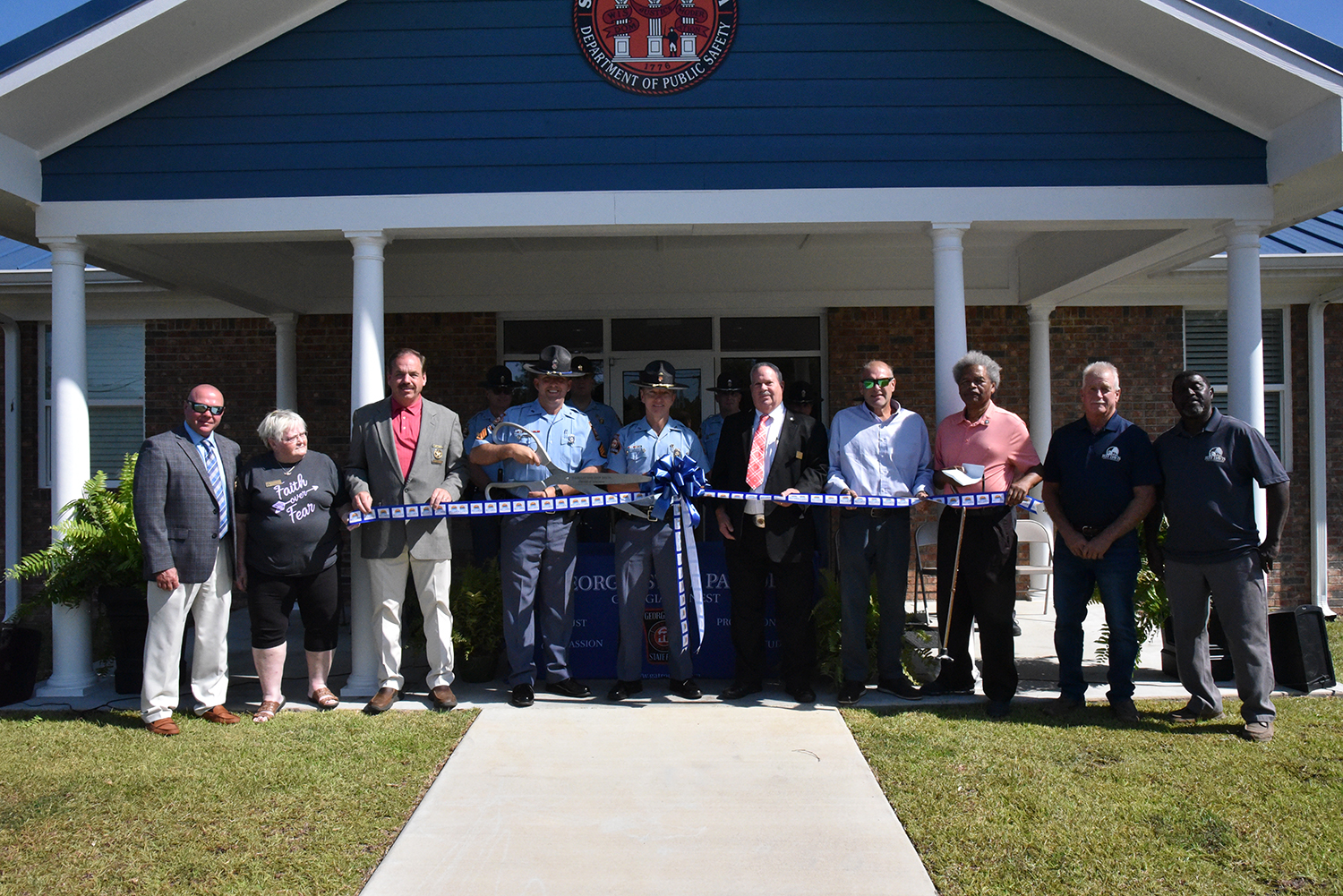 Colonel Chris Wright, Commissioner of the Georgia Department of Public Safety (DPS), along with City Councilman John A. Ramay, and SFC Eric Wilkes, Post 16 Commander, gave remarks during the ceremony. Members of the Hazlehurst City Council, Georgia Department of Corrections, Chamber of Commerce, the Board of Public Safety, DPS command staff and Post 16 personnel were in attendance.

“We are appreciative of the City of Hazlehurst in their continued support with this new facility. We are honored to be a part of and serve this community,” stated Colonel Chris C. Wright, Commissioner of Department of Public Safety.

The construction of the new post was managed by architect David L. Woodburn, with labor provided by the Georgia Department of Corrections. The 10,000 square foot building has eight offices, four bedrooms, a conference room, equipment room, kitchen and dining area, a lobby, evidence room, laundry room and a Trooper room. It also accommodates 12 patrol vehicles, and a generator/wash bay. Post 16 has eight Troopers who serve Appling, Jeff Davis, Montgomery, Telfair, and Wheeler counties.

“Every state patrol post serves as both home and office to the Troopers assigned to it and we take great pride in its care and maintenance, stated SFC Eric Wilkes, Post 16 Commander.

The City of Hazlehurst funded this project with the support of Mayor R. Bayne Stone; Jeff Davis, Chamber of Commerce; Gregg Gillis, Building Superintendent; council members Dwayne Johnson, John A. Rampay, Diane Leggett, and John Bloodworth; and the Board of Public Safety, to name a few.

The Georgia Department of Public Safety was created in 1937 and oversees the day-to-day operations of the Georgia State Patrol (GSP), Capitol Police and the Motor Carrier Compliance Division (MCCD).

Georgia’s $6.5B in film subsidies add up to $416K per each new industry job