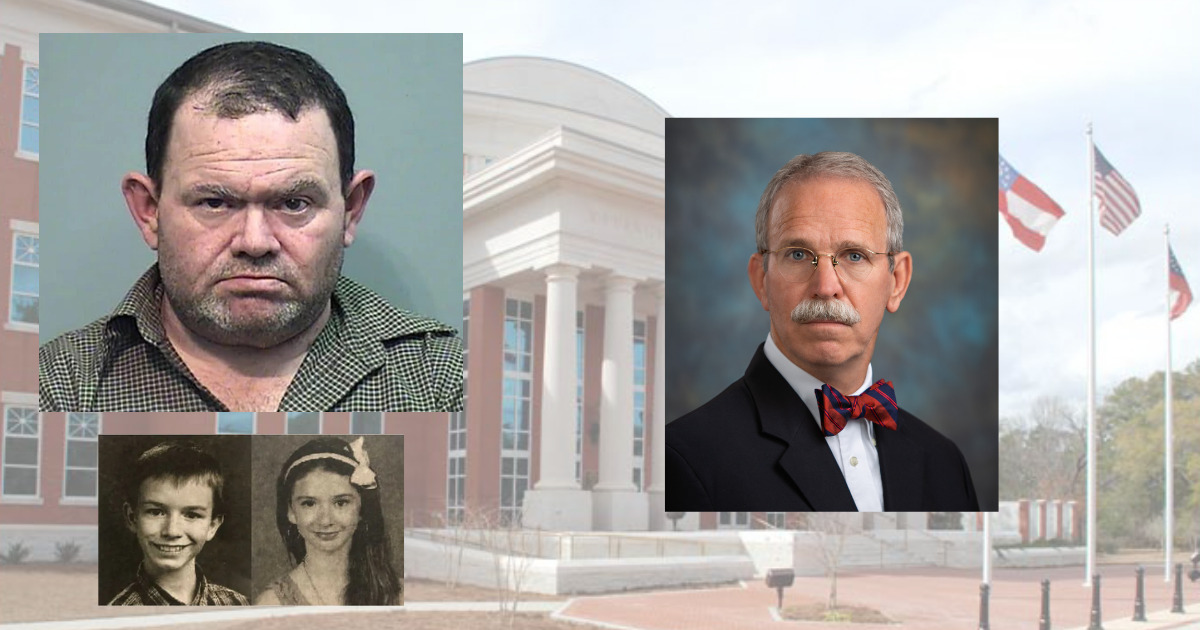 Attorneys from both the defense and the state will make arguments Thursday on whether or not the judge in the Crocker case should be recused.

The issue stems from Superior Court Judge Gates Peed’s assignment to both a civil matter and a criminal case for Elwyn Crocker Sr. Crocker is facing the death penalty for the death of two of his biological children, among other things.

Motion for Recusal of Judge

In December, attorneys for Elwyn Crocker filed motions to have Judge F. Gates Peed recused from the case. Citing federal and state constitutions as well as Georgia law and the canons of judicial conduct, attorneys said a recusal is required.

The 42-page motion outlined arguments from capital defenders based on Peed overseeing a civil delinquency hearing involving Crocker, a minor child, and DFCS. Official court proceedings in the criminal case, however, began after the civil proceedings.

The defense attorneys don’t allege wrongdoing on the part of Peed, but rather that in acting in the interest of the minor child, the Court was forced to draw conclusions and serve as a finder of fact. Those unavoidable acts, attorneys say, impact Peed’s ability to be fair and impartial as Crocker attempts to avoid the death penalty.

The motion includes heavy redactions to protect the facts from the juvenile proceedings, but states that on the day after the discovery of the bodies of Elwyn Crocker, Jr. and Mary Frances Crocker, Peed “made findings that credit the truth of the criminal charge…In doing so, not only has the Judge formed an opinion contrary to the presumption of innocence, but he has credited evidence from necessary State witnesses in the criminal case.”

Attorneys also argue that the DFCS matter, though proper, crossed the line on the independent obligation of the Court to shield himself from extrajudicial information. They cited specific “unrepudiated negative character evidence.” They also said that the appearance of bias is great, particularly because the civil proceedings began before criminal proceedings for bond, arraignment, and the like.

The motion concludes by asking Judge Peed to voluntarily recuse himself from the criminal case. In the event that he does not, the motion seeks to have Peed disqualified and another judge assigned.

Who Will Decide If Peed Remains on the Case?

In January 2022, an administrative judge appointed Senior Judge Michael Karpf out of Savannah, however, Karpf promptly filed paperwork to recuse himself from the case. (See timeline below) Subsequently, an administrative judge appointed Judge Robert Guy of the Brunswick Judicial Circuit. Guy will weigh evidence Thursday to determine whether or not Judge Peed may continue to preside over Elwyn Crocker’s criminal case.

Timeline of the Crocker Case

December 20, 2018 – Deputies with the Effingham County Sheriff’s Office visit the Crocker home on Rose Bud Place in Guyton for a welfare check on a young girl. Ultimately, authorities find two teenage children – Elwyn John Crocker, Jr. and Mary Frances Crocker – buried in the backyard with a third found in the bathroom. Elwyn had been missing for more than two years. Authorities discover the children were were kept in dog kennels, naked and deprived of nourishment and other basic care.

Elwyn Crocker Sr. was arrested along with four others – Candice Crocker, Roy Prater, Kimberly Wright, and Mark Wright. The minor child was removed from the home and placed in the custody of DFCS.

December 21, 2018 – Judge Peed issues an order on the temporary placement of the minor child.

Also on this day, ECSO investigators obtain an arrest warrant for Crocker for two counts of Felony Murder.

March 5, 2019 – Judge Peed presides over a Preliminary & Bond hearing for the criminal case. Peed denies the motion for bond. Over the next 7 months, Peed extends the DFCS custody provisions a total of five times.

March 18, 2019 – A grand jury indicts all five defendants on number charges including, 2 counts of Felony Murder, 2 counts of Cruelty to Children in the 1st degree, and 2 counts of Concealing the Death of Another.

October 24, 2019 – A special grand jury presentment results in the reindictment of Elwyn Crocker on 13 felony counts against Crocker, including 2 counts of Malice Murder, 2 counts of Felony Murder, 4 counts of Cruelty to Children in the 1st Degree, Aggravated Sexual Battery, 2 counts of False Imprisonment, and 2 counts of Concealing the Death of Another.

According to the indictment, on multiple occasions between Jan. 1, 2018, and Oct. 28, 2018, Mary Crocker was zip-tied, starved and held in a dog crate while naked, was beaten with different objects, burned with hot water, and shocked with a stun gun.

February 2, 2020 – Capital defenders file motions to allow Crocker to appear in plain civilian clothes without shackles when appearing in front of the media. Peed grants the motion on clothing, but leaves the matter of shackling up to the Sheriff’s Office.

February 21, 2020 – As part of the discovery process, the State announces its first witness list, which includes 72 names.

November 3, 2020 – Candice Crocker pleads guilty to avoid the death penalty. As part of the plea, her sentence is life in prison without the possibility of parole. Roy Prater also pleads guilty.

March 1, 2021 – Defense files motions 40 pre-trial motions. One motion asks the state to respond to each motion in writing and individually.

June 11, 2021 – State responds to all 40 motions by the defense. The parties are in agreement on three of the motions. The Court schedules 37 other motions for a hearing.

August 18, 2021 – Capital Defender Jerilyn Bell asks for a continuance following the departure of one of Crocker’s attorneys. Defendants facing capital offenses are entitled to two lawyers under SCOTUS precedent.

October 1, 2021 – Judge Peed responds to a motion about the disclosure of evidence for the basis of recusal. Defense attorneys ask for additional time to investigate the judicial proceedings in Crocker’s DFCS case.

December 10, 2021 – Judge Peed provides the information to defense counsel.
December 22, 2021 – Defense counsel files motion for recusal of Judge Peed.
January 4, 2022 – Judge Peed signs an Order asking for judicial assignment of another judge to hear arguments on whether or not he should continue to preside over the case.

February 11, 2022 – Senior Judge Michael Karpf Sr. voluntarily recuses himself from presiding over the case because OCGA 15-1-9.3(g) does not permit senior judges to preside over death penalty cases.

February 15, 2022 – An administrative judge appoints Judge Robert Guy of the Brunswick Judicial Circuit to preside over the case the recusal matter.

March 7, 2022 – Defense counsel requests that the hearing on the recusal be in a closed courtroom, without the public or the media present. Citing a previously closed juvenile proceeding, defense counsel references an implied precedent set by the court. Attorneys also ask that any transcripts and subsequent motions be sealed by the court until a jury is impaneled.