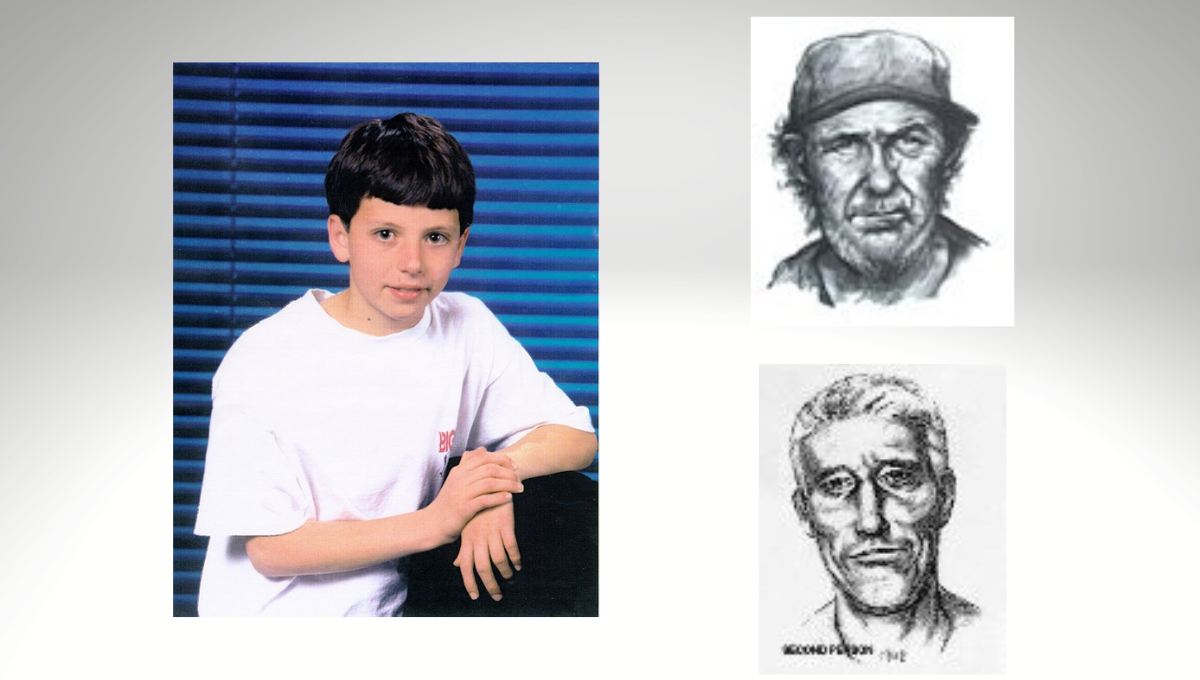 Twenty-five years after he was last seen, authorities in Georgia are still searching for answers in a cold case involving a murdered 11-year-old.

Eleven-year-old Levi Frady was last seen on Wednesday, October 22, 1997, on Little Mill Road in Forsyth County. His body was found the next day in the Dawson Forest Wildlife Management Area in Dawson County. Little Mill Road is a well-traveled road between Highway 306 and 369. The Dawson County Sheriff’s Office, the Forsyth County Sheriff’s Office and the GBI Regional Office in Cleveland are investigating the murder.

October 22,1997, was the fifth game of the World Series. October 23,1997, was opening day for deer hunting in Dawson Forest for rifles.

The first person in question was seen walking along Little Mill Road in Forsyth County at 6:30 p.m. on October 22, the day Levi was reported missing. He is described as a white male in his late 50’s, with a scruffy, gray beard. He was wearing a faded blue baseball cap and walked in a stooped fashion (see composite sketch).

The second person or potential witness was seen in the Dawson Forest Wildlife Management Area. He is described as a white male, 45 to 55 years of age, clean shaven, 6′ 0″ to 6′ 1″ tall, slim build with white or gray hair. He was driving a 1980 to 1985 medium blue Toyota, 2-wheel drive, pick-up truck with a white camper shell over the bed of the vehicle (see composite sketch).

Anyone with information on the murder of Levi Frady or on the identity of the persons in the sketches is asked to contact the GBI office in Cleveland at 706-348-4866 or online at Tips@gbi.ga.gov.

$600K Donated to Charities by Kia During Metaplant Groundbreaking

Report Card: Math and Reading Scores of 4th and 8th Graders Declined in Most States During Pandemic