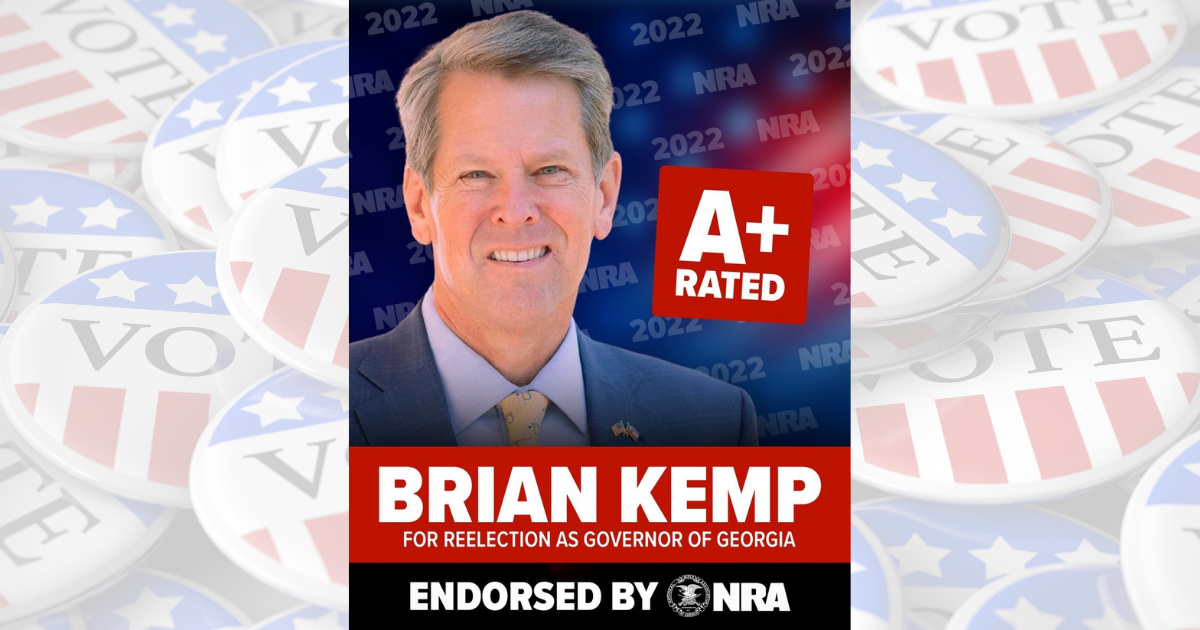 “Brian Kemp has been a steadfast supporter of our constitutional right to keep and bear arms for nearly two decades,” said Jason Ouimet, chairman, NRA Political Victory Fund. “Governor Kemp has never wavered in the fight to expand and protect the Second Amendment rights of law-abiding Georgians. The NRA is proud to endorse Governor Brian Kemp and encourages all NRA members, gun owners, hunters and sportsmen to vote for Brian Kemp in the upcoming Republican Primary election.”

“Whether it was when we took action during the pandemic to ensure gun owners wouldn’t lose their license as a result of government red tape, or this year when myself and members of the General Assembly joined together to fulfill my promise to make Constitutional Carry the law of the land in our state, the NRA stood with us every step of the way,” said Governor Kemp. “As Georgia’s Governor, I’ve been grateful for their support and partnership, and as a gun-owner and lifelong member, I’m proud to receive their endorsement as we continue to fight every day for the Constitutional rights of all Georgians.”

In this article:Governor Brian Kemp