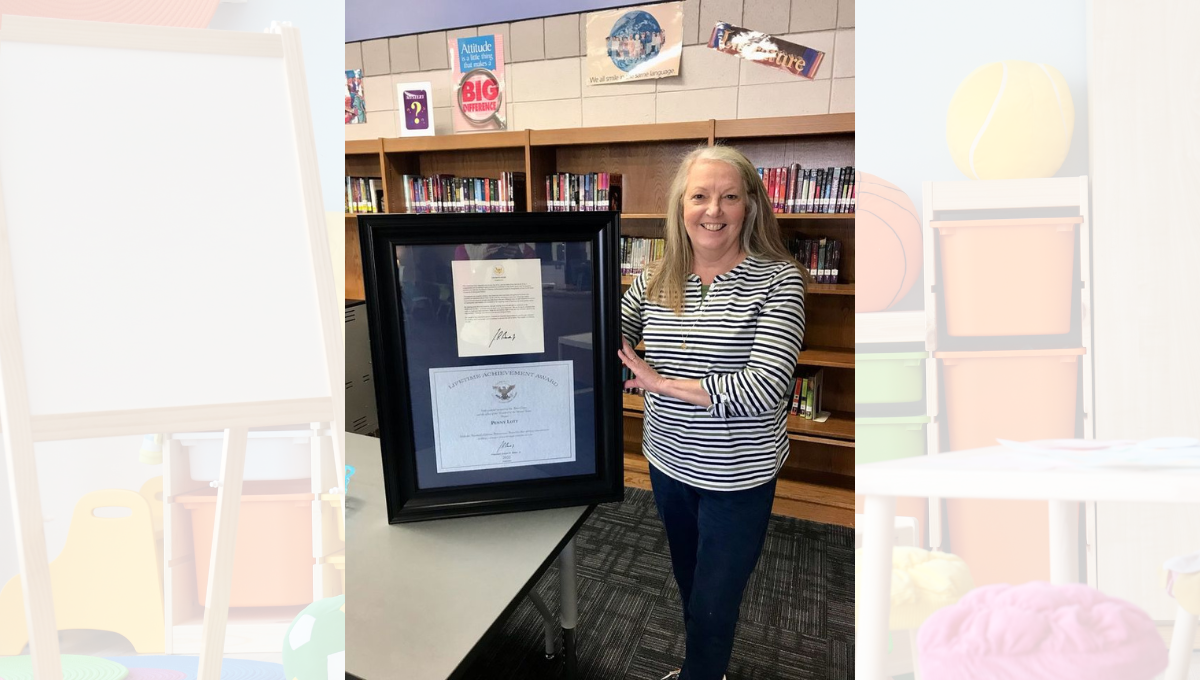 Penny Lott, a teacher of gifted students at Langston Chapel Middle School, was presented with the award on Nov. 15, during the Georgia Center for Civic Engagement’s (Center) annual Leadership Breakfast at the Georgia Aquarium, held during the organization’s annual Georgia Youth Assembly activities Nov. 13-15, in Atlanta. Lott was one of five volunteers for the Center who received the award during the ceremony. “This is very humbling,” said Lott, during an interview by telephone on Nov. 22. “I just do what I do because I love it, not for recognition.”

The Center is a certifying organization which is eligible to nominate its most exceptional volunteers. Dr. Randell E. Trammell, chief executive Officer, of the Center notified Lott’s school principal, Kelia Francis about the honor prior to the ceremony.  Along with the ultimate honor of presidential recognition, Lott received a personalized certificate, an official pin, medallion and a congratulatory letter signed by President Biden.

Lott, an educator since 1983, began volunteering as a Y-Club advisor at William James Middle School in the early 1980s until her retirement in May of 2018. She quickly returned to the classroom part time in August 2018, to teach gifted children at LCMS.

“I was only going to do it (teach gifted) for two months, and now it’s been four years,” Lott said.

She also serves as a volunteer staff member for the Center, which evolved from Y-Club in 2014, and partners with schools to achieve its mission to “educate and equip students to be informed and active citizens.”  In true volunteer spirit, Lott arrived in Atlanta two days prior to the awards ceremony to help youth delegates with their speeches and help organize the Leadership Banquet where she received her award.

About the President’s Volunteer Service AwardsAccording to its website, the President’s Council on Service and Civic Participation founded the President’s Volunteer Service Awards in 2003, “to recognize the important role of volunteers in America’s strength and national identity.” The awards are administered under each presidential administration as a way to honor “volunteers who are using their time and talents to solve some of the toughest challenges facing our nation.” The program is led by the AmeriCorps and managed in partnership with Points of Light. Certifying Organizations, like the Georgia Center for Civic Engagement, are eligible to nominate their most worthy volunteers.

This is How Many People are on Death Row in Georgia