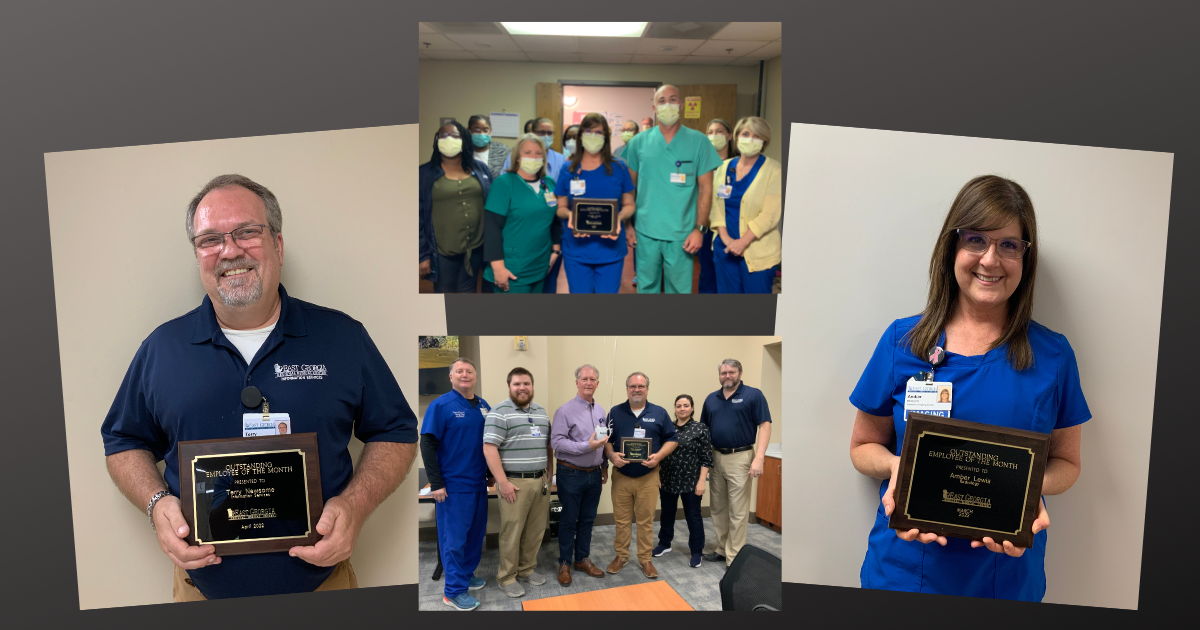 Congratulations to the two latest Employees of the Month at East Georgia Regional Medical Center.

EGRMC announced this week that the March 2022 Employee of the Month was CT Technician at Statesboro Imaging Center, Amber Lewis

Amber was nominated by several co-workers for her dedication, great attitude and commitment to customer service and going above and beyond the call of duty within the radiology department for focusing on every patient, every time, always.

Amber is described as, “always going over and beyond for her patients and co-workers. She treats all patients like they are part of her family. She always puts her patients first. Amber shows empathy for each of her patients and takes all time in the world for them and that makes them feel important. Whatever a patient needs, Amber is there 100% of the time for them.”   Kenny Jacobs, assistant director of Imaging, adds that “Amber may be the most empathetic and kind person I have ever met.”

Amber Lewis has worked at the Statesboro Imaging Center with EGRMC since its beginning in 2005 and is a native of Statesboro.

EGRMC PC Tech Terry Newsome was named the April 2022 Employee of the Month.

Terry was nominated by several co-workers for his fantastic attitude, dedication and commitment to providing quality customer service within the IT department and throughout the hospital.

Terry is described as, “being incredibly helpful to others during their onboarding weeks.  While the entire IT staff is wonderful, Terry has worked directly with new employees and helps everyone get set up with excellence.”  The director of Information Services, Brian Girardeau adds, “Terry has dedicated his time to EGRMC, his IT team and taking care of his homebound mother.  We cannot survive here without him.”

Terry Newsome has worked at EGRMC for over six years and is a native of Statesboro.