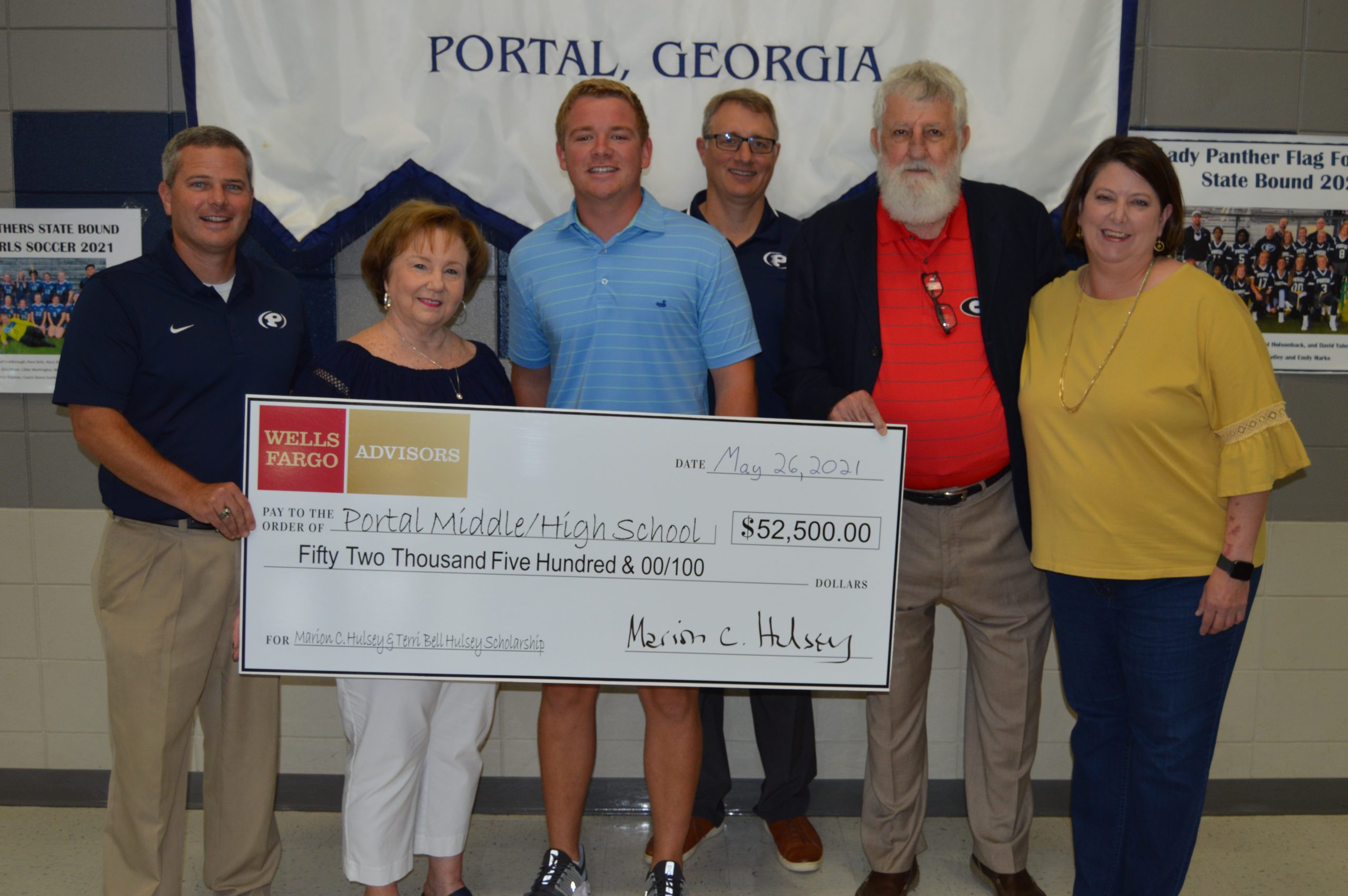 Portal’s Chandler Sheffield is the inaugural recipient of the $2,500 Hulsey Scholarship.

“Portal played such a big part in who I am today,” said Mr. Hulsey.  “I hope that the scholarship will provide some assistance to a young man or woman along their journey.  Portal has provided the background for many  successful business owners and accomplished leaders in Bulloch County.  I’m so happy to be able to give back to the community.  I hope that it will encourage others to remember growing up in this little town of Portal and to reach out to these young people to help them further their education so they can make the Portal community proud.”

Sheffield plans to attend Georgia Southern University this fall and major in Physical Education. After he obtains a degree, he hopes to return to Portal as a physical education teacher and coach.

“It’s a great honor to have received this scholarship since Mr. Hulsey graduated from Portal,” Sheffield said. “I learned at honors night that he and I both played basketball and baseball for the Panthers so we’re kind of the same when it comes to that.”

Marion Hulsey is a 1968 graduate of Portal, and he was a member of the Panthers’ basketball and baseball teams. The Hulsey’s have strong ties to the Portal community, and they have supported the students and faculty at PMHS for many years, especially as members of the school’s athletic booster club.

“Growing up in Portal, my family always considered ourselves to be poor,” Hulsey said. “Being involved in Portal baseball and basketball throughout my middle school and high school years was a blessing. I know how it feels to have the church take up money for a sports uniform or to have a hand-me-down baseball glove.”

Officially named the Marion C. Hulsey & Terri Bell Hulsey Scholarship it will be given each year to a Portal senior who plans to pursue a post-secondary degree.  Seniors may apply annually, and a private screening committee established by the Hulsey’s will review the applicants to select a recipient. A $50,000 trust, managed by Wells Fargo, will ensure the scholarship’s legacy. The PMHS Booster Club will receive the funds each year to disperse to the scholarship winner.

“PMHS is very thankful for this scholarship,” said Justin Chester, the school’s assistant principal and athletic director. “It will help Portal graduates for many years to come.”
“We would like to show appreciation to a school and community that is very dear to our hearts,” said Hulsey.