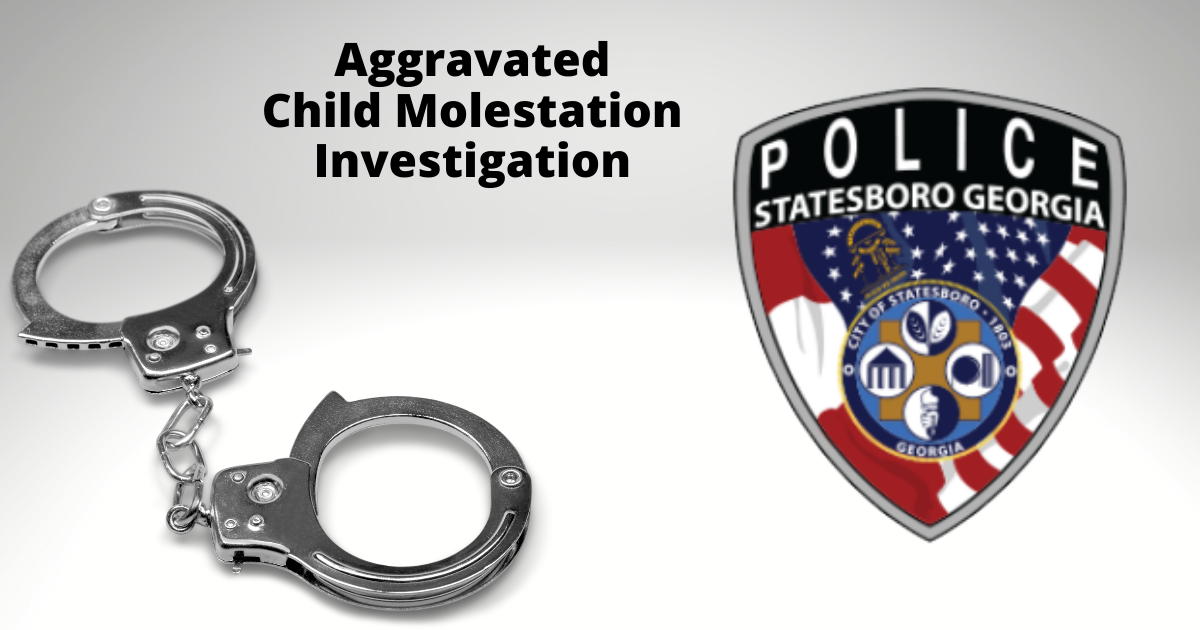 A man sought in an aggravated child molestation investigation has been apprehended by the U.S. Marshals.

The Statesboro Police Department said Wednesday that 31-year-old D’Anthony Jabica Miles of Newington, GA is in custody after fleeing the area upon learning of outstanding warrants for his arrest.

The warrants stem from an August 2021 investigation launched after the Statesboro Police Department was contacted by a School Resource Officer with the Bulloch County Sheriff’s Office regarding an alleged child molestation which had occurred in the City of Statesboro.

SPD says the juvenile female victim “indicated that the abuse had occurred over a
period of years and had been perpetrated by an individual known to her, D’Anthony
Jabica Miles. Further investigation led detectives to issue arrest warrants for Aggravated Child Molestation on Miles, who fled the area shortly after the victim’s outcry.”

The warrant was turned over to the U.S. Marshals Service Southeast Regional Fugitive Task Force for service.

After months of work, U.S. Marshals arrested Miles on 5/2/22 at a residence in Screven County. He was returned to the Bulloch County Jail where he remains pending further judicial action.

Anyone with information on the case should contact Senior Detective Jodie Tanner at 912-764-9911 or submit an anonymous tip to tips@statesboroga.gov.