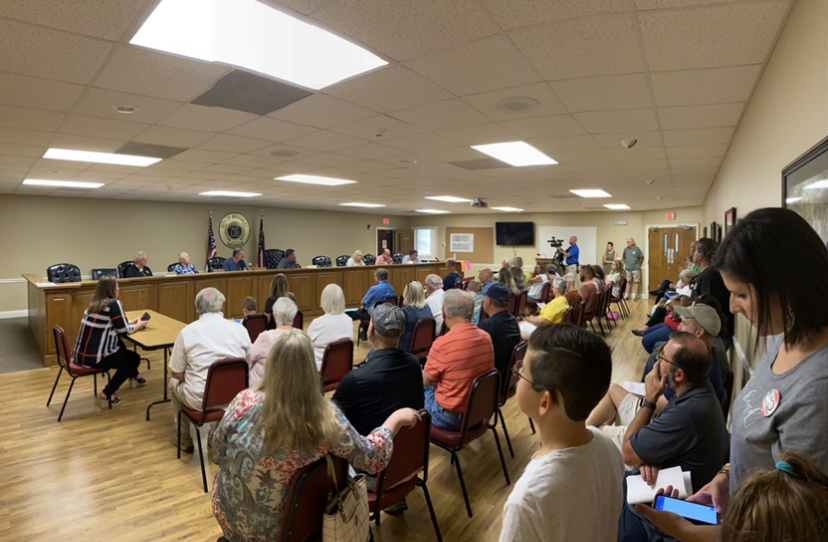 The Brooklet City Council voted Friday afternoon in a special-called meeting at 4:30 PM to stop the proposed S&S Trail/greenway path before it gets to the city limits.

The special called meeting was standing room only as people watched the council vote 4-1 to halt the project. The decision was met with a loud applause.

Councilman Nicky Gwinnett stated he was told by the county that a decision was necessary by July 1 so the county could submit the grant application.

Councilman Jim Stanoff asked what the expense would be if the city decided later on, which Gwinnett said the county told the city would be on its own.

Mayor Grooms said he felt the trail would be better in a different place. Councilman Brad Anderson said he agreed and appreciated all of the feedback he received from the community, but was most looking forward to having a decision.

Grooms said one of the major concerns he has is a continued divide in the community because of mixed feelings on the issue. He thanked the citizens for making their voices and concerns heard.

Gwinnett voted YES because it would be for the betterment of the community.

Stanoff said he personally supported the trail but the feedback he has heard directs a no. He said the route was the issue, not the trail itself.

Anderson said he thought the trail was a great idea but he cannot force the decision upon residents who will be impacted but do not want it.

Schlierf said the path would be a great asset to the infrastructure, but the location is problematic because it bisects people’s property. He also noted that a tradeoff of declining to bring the trail to Brooklet would be possible tax increases down the road to help pay for infrastructure.

You can view the discussion ahead of the vote below: