City of Statesboro Votes to Offer Incentives to Receive Vaccines 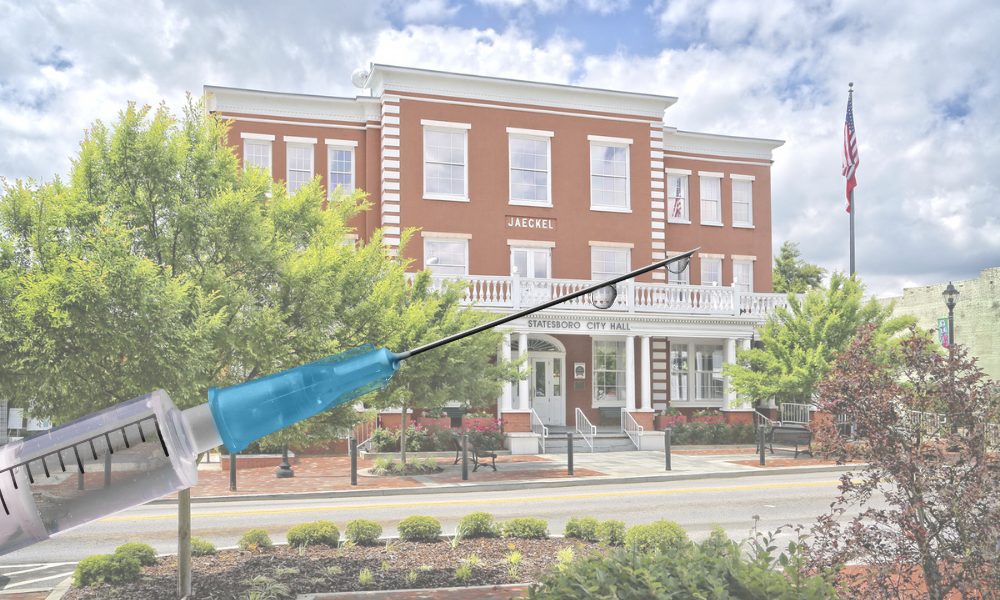 The Statesboro City Council convened for a special-called meeting Tuesday morning to discuss an incentive for individuals to get vaccinated against COVID-19.

Notice of the special-called meeting was announced Sunday afternoon.

City Manager Charles Penny addressed officials after Councilwoman Shari Barr’s request in early August about incentivizing residents to get vaccinated against COVID-19. Penny said the city didn’t want to only incentivize those who have waited to get vaccinated, but also those who have received the vaccine since January 2021. “What really gets people, and I don’t know that it will move those that are anti-vax or not, but we looked at 18+,” Penny said. But paying everyone who has been vaccinated and will be vaccinated would cost upwards of $3.1 million.

That’s why Penny proposed ~$50,000 in giveaways and raffles for city residents and city employees.

Penny also said the 12-17 age group incentives were outlined for kids to apply pressure on their parents. “We’re creating stress among family members, but it’s a good stress,” he told council.

Additional 200 gift cards for a total of $50.00 for a total of $10,000 distributed at a September 1, 2021 vaccination clinic at City Hall. This would be open to Statesboro residents only.

Those who have been vaccinated would be considered for the electronic drawings by registering online and sending the city a copy of their vaccination record.

Councilman John Riggs vocalized that he would be in favor of opening the incentives to all Bulloch County citizens, which Penny said he did not support. Riggs also asked how the city plans to store and keep information about vaccine cards and who will have access. The city is considering using a secure portal to manage the information with authorization of one city employee.

Councilwoman Barr said tying the prizes to an achieved vaccination rate, like 40% or 50%, is not wise because she wants people to get tell friends to get the vaccine based on the opportunity to be considered. Councilman Boyum said it needed to be tied to some performance so that they don’t issue $10,000 for 10 people getting vaccinated.

Councilwoman Mack said she thinks the program should be for newly vaccinated people. “Those of us who got vaccinated early on, we did a good thing. We are not the problem. Kudos to us, we are super people. Let’s focus on the unvaccinated.”

Mayor McCollar vocalized his desire to offer a $10,000 prize to city residents once 1,000 people were vaccinated. City Manager Charles Penny said 1,000 is too low and while he was not sure how many is ‘the right now,’ he would like to raise the number. McCollar directed Penny to return with a more appropriate number.

Ultimately, the Council voted 5-0 to implement the vaccination incentives of giving gift cards to newly vaccinated individuals at the upcoming vaccine clinic. City employees are expected to craft a more comprehensive plan for implementation and present it to council at the first meeting in September. It will only be open to city residents, college students that live in the city, and those with a city water account.

While vaccination incentives are a new concept in the pandemic era, a number of municipalities, counties, and states have taken up similar action:

In late July 2021, President Biden asked state’s to offer $100 incentives for people to get vaccinated, citing a UCLA study which found that one-third of unvaccinated people would change their mind with a cash payment. Governor Brian Kemp stated that Georgia has no plans for such a program and he doesn’t believe “bribes from the government” would change people’s minds.