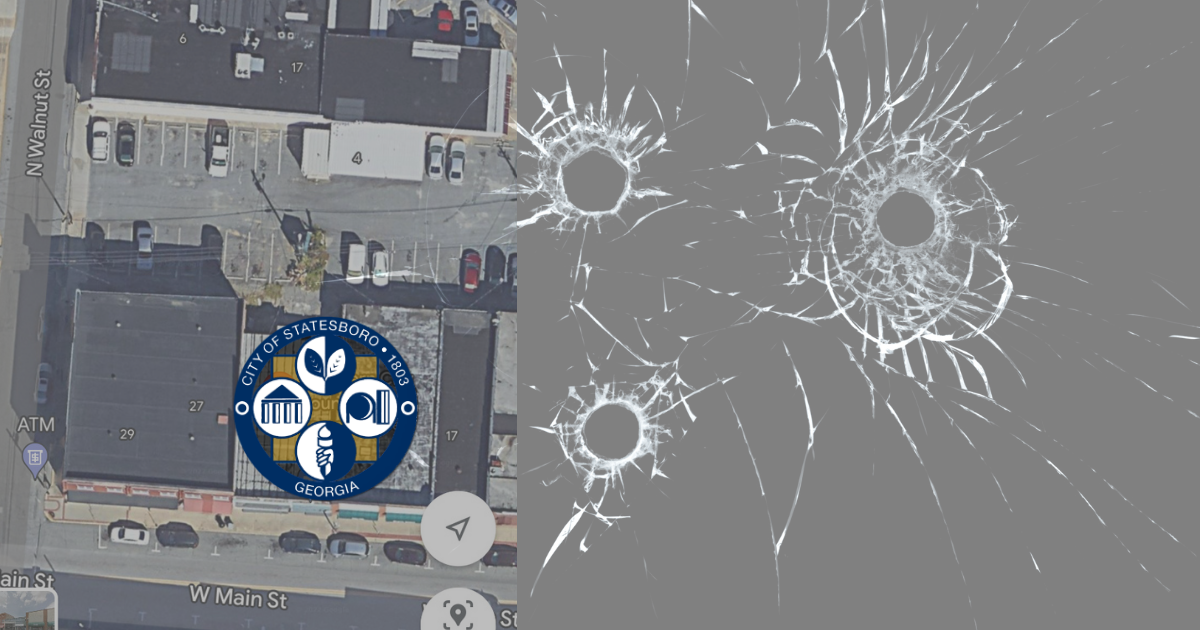 An 11-page report stemming from a 911 call  of shots fired near Southern City Lounge details how police located thirty-three spent shell casings from three locations in close proximity to one another. The calls prompted the response of upwards of twenty Statesboro Police Department officers, investigators and IMPACT team members.

The incident occurred in the early morning hours on Saturday, April 16, 2022, at which time 911 calls were made of reports of multiple firearm discharges. More than a dozen Statesboro Police Officers responded, as did detectives who were at the headquarters down the road. Upon arrival, officers learned that multiple individuals fired multiple weapons from the road and from vehicles, leaving behind nearly three dozen shell casings.

Supplemental Report #1 – An investigator detailed the radio traffic he heard while en route to the responding officer’s location. He noted that while other officers detained a vehicle believed to be involved, another vehicle was listed as possibly transporting a person who had been shot. Upon arriving at the scene, the investigator interviewed a number of witnesses before joining other officers in locating shell casings in the roadway of the scene.

Supplemental Report #2 – A detective with the Statesboro Police Department reported that he and another detective were in the parking lot of the Statesboro Police Department when they heard the call of shots fired. They were able to locate the vehicle identified as fleeing from the location, detained three suspects, and deployed the K9 who alerted on the vehicle. IMPACT officers located marijuana and a handgun, but officers were not able to confirm the three individuals were involved in the incident on West Main Street.

Upon completion of the traffic stop, the detectives went to West Main Street to assist with the investigation of the initial scene. Though witnesses identified “several gunshots coming from several different vehicles leaving the area,” officers narrowed the area to three:

“Other than bullet strikes on the side of the concrete block wall at Vandy’s BBQ no other damage was noted at the time of initial report. No injuries were reported,” the report reads.

Supplemental Report #3 – The officer wrote that several shell casings were found on S. Walnut at W. Vine by Vandy’s BBQ, “which was struck multiple times.”

Supplemental Report #4 – The morning after the shooting, a patron of downtown returned to get a vehicle left overnight and discovered a bullet hole in the drivers side fender. A bullet traveled into the engine compartment, and caused damage to the vehicle battery. SPD added the information to the case report.

The initial Reporting Office Narrative concludes that ‘There will be no charges at this time as no offenders have been identified at this time.’