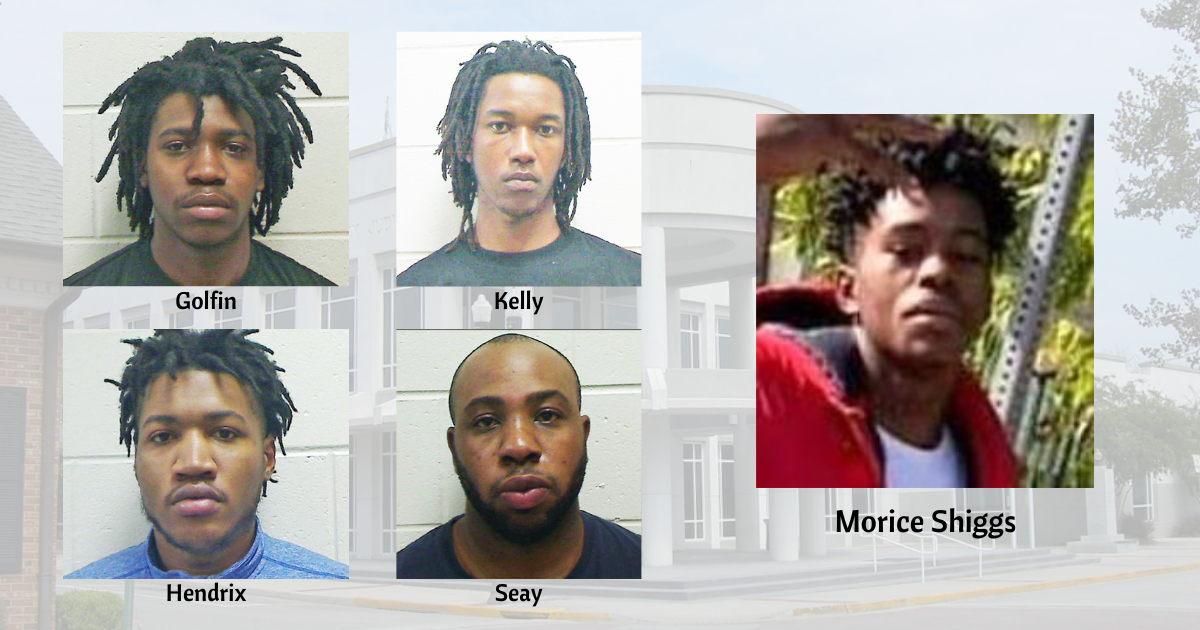 A jury returned a verdict this week for two of four individuals charged in the 2020 murder of Morice Shiggs.

This week’s trial was the second for the four defendants after the first one ended in the mistrial. The defendants stood trial in late June before Superior Court Judge Gates Peed, but jurors could not come to a consensus on all four of the defendants.

Wednesday, jurors determined that Anthony James Seay and Immanuel Marqavis Hendrix were guilty of the murder of Shiggs of Sylvania.

The body of 19-year-old Morice Shiggs was at the One Eleven South apartment complex off Rucker Lane in November 2020. He was dead from an apparent gunshot wound. Investigators with the Statesboro Police Department arrested 22-year-old Ladarian Talik Golfin and 22-year-old Immanuel Marqavis Hendrix, both of Millen, with the help of the U.S. Marshals in February 2021. Cecil Darryl Kelly of Garfield and Anthony James Seay were charged in late February and March 2021, respectively.

All four were indicted in March 2021 on charges of Felony Murder, Aggravated Assault with a Deadly Weapon, and Possession of a Firearm or Knife During the Commission of Certain Felonies. They were reindicted in May 2021 on the same charges and as parties to a crime.