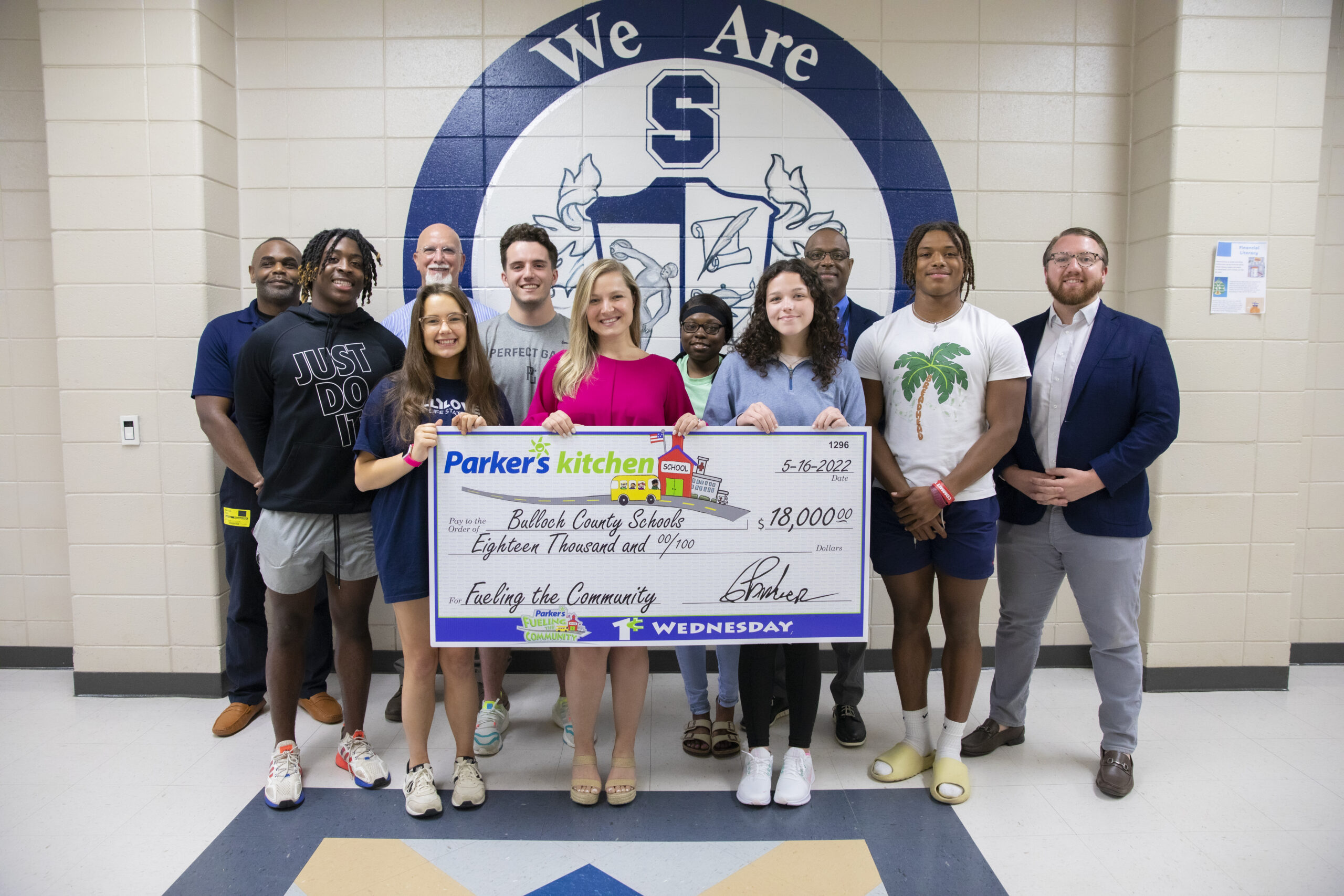 The Fueling the Community program at Parker’s is a longstanding charitable initiative that donates a portion of every gallon of gas sold on the first Wednesday of each month to area schools in coastal Georgia and South Carolina. Parker’s is donating approximately $275,000 to public and private schools in Georgia and South Carolina this spring and has given more than $1.8 million to area schools since the inception of the Fueling the Community program in 2011.

“At Parker’s, we understand that our customers are also our neighbors,” said Olivia Parker, Community Outreach Manager for Parker’s. “We know that education helps lower poverty rates, reduce crime and create more opportunities. This donation is an investment in Bulloch County and in the students who will serve as the future leaders of tomorrow.”

In addition to the Fueling the Community program, Parker’s demonstrates its deep engagement through the Parker’s Community Fund, which is dedicated to supporting charitable initiatives throughout the company’s corporate footprint in coastal Georgia and South Carolina. Since its creation in January 2021, the Parker’s Community Fund has partnered with Union Mission to build the Parker’s House, which, upon completion, will serve as Savannah and coastal Georgia’s only facility solely dedicated to providing emergency housing and comprehensive services for unaccompanied women experiencing homelessness. Parker’s has also made landmark gifts to name the Parker College of Business at Georgia Southern University and the Parker’s Emergency and Trauma Center at Memorial Hospital in Savannah, Ga.

Parker’s stands apart as one of America’s most respected convenience store brands and is known for having the cleanest stores in the industry. Headquartered in Savannah, Ga., the company has enjoyed steady 20 to 24 percent annual growth every year for the past 23 years and offers an acclaimed Parker’s Rewards program, which saves customers time and money at the pump as well as in the store.