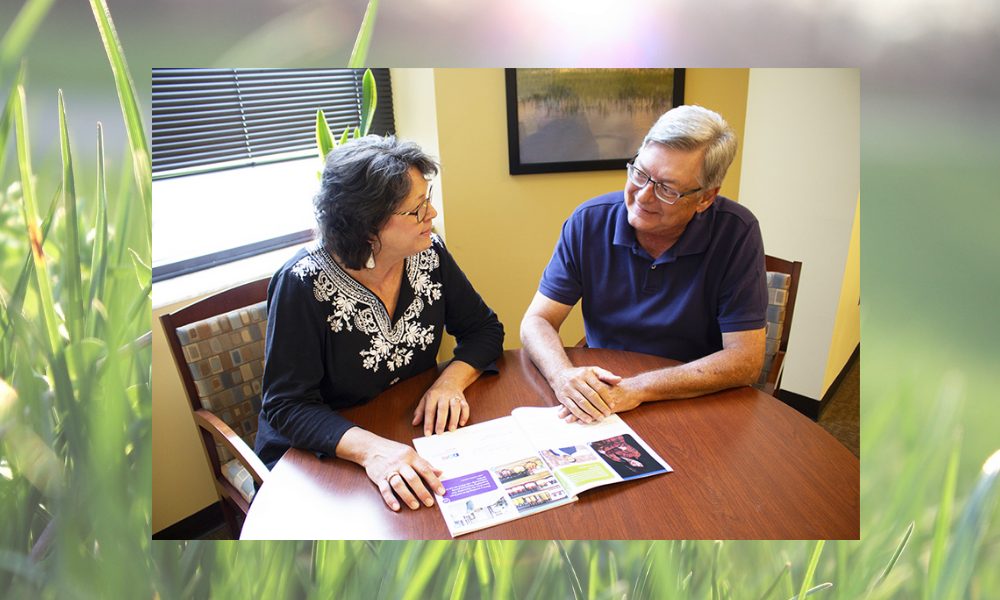 “My Dad could do anything he put his mind to,” shared Susan Putnam. “I watched him rebuild a jeep which he later reluctantly sold, not wanting to part with something he put so much time and effort into.”

Susan’s dad was Dan Hatfield, Jr. and was a true Renaissance man, serving as a diver in the Air Force, working at a paper mill as a papermaker in Florida, and he could repair and rebuild cars with no formal training. It’s been nearly 36 years since Mr. Hatfield’s untimely death to cancer, but one can see Susan’s eyes light up and the smile on her face when she describes her father’s impeccable talent at using his hands to craft, build, and re-create the visions in his mind.

Susan and her husband, Tom Putnam, wanted to honor her father’s passion and talents by helping others who have the same skills to attend college at Wiregrass Tech. “We established the scholarship where any student with a C average or higher would be eligible,” shared Tom. “We weren’t looking for the top scholar, but one who was working while attending college, or a parent who may not have the time to put effort into keeping the best of grades.”

Over recent years, the art of working with one’s hands has made many hit reality tv shows. You now hear more talk of trade jobs or essential worker career paths, many of which can be found as degree, diploma, or certificate programs at Wiregrass. This Spring, the college announced 107 programs are now considered high-demand programs and qualify for the HOPE Career Grant. If one qualifies, they could pay little, if any, for college tuition, books, or fees.

The majority of these programs are considered “trade” jobs that require skills and talents like that of Mr. Hatfield. When the family established the scholarship in 2003, they made an endowment of $20,000. Over the past 18 years, this endowment provided 14 students with scholarship money to complete their college education. Thanks to the good investment through the endowment, the monies set aside still have about 75% of the original investment to continue carrying Mr. Hatfield’s passion onto others like him to be able to attend college. “One thing about attending a technical college like Wiregrass, you are learning a skill that will help you walk right into a job,” shared Tom.

Wiregrass Interim President DeAnnia Clements added, “At Wiregrass, there are a large number of students who receive financial assistance to attend college. The generosity of the Putnam’s makes an impact not only on the recipients of the scholarship but their families as well since it allows them to complete an education that leads to high-paying careers.

The Dan Hatfield, Jr. Scholarship provides $1000 divided over three consecutive semesters to a student enrolled on the Valdosta or Cook Campus in any program of study. To learn more about the scholarships at Wiregrass or how you can set up a legacy like the Putnam’s have, contact Crissy Staley, Wiregrass Executive Director for Fundraising, at 229-333-2124 or email at Crissy.staley@wiregrass.edu. To learn more about the HOPE Career Grant programs and more, visit Wiregrass.edu. The college is currently accepting new students for Fall Express; classes start on September 27.