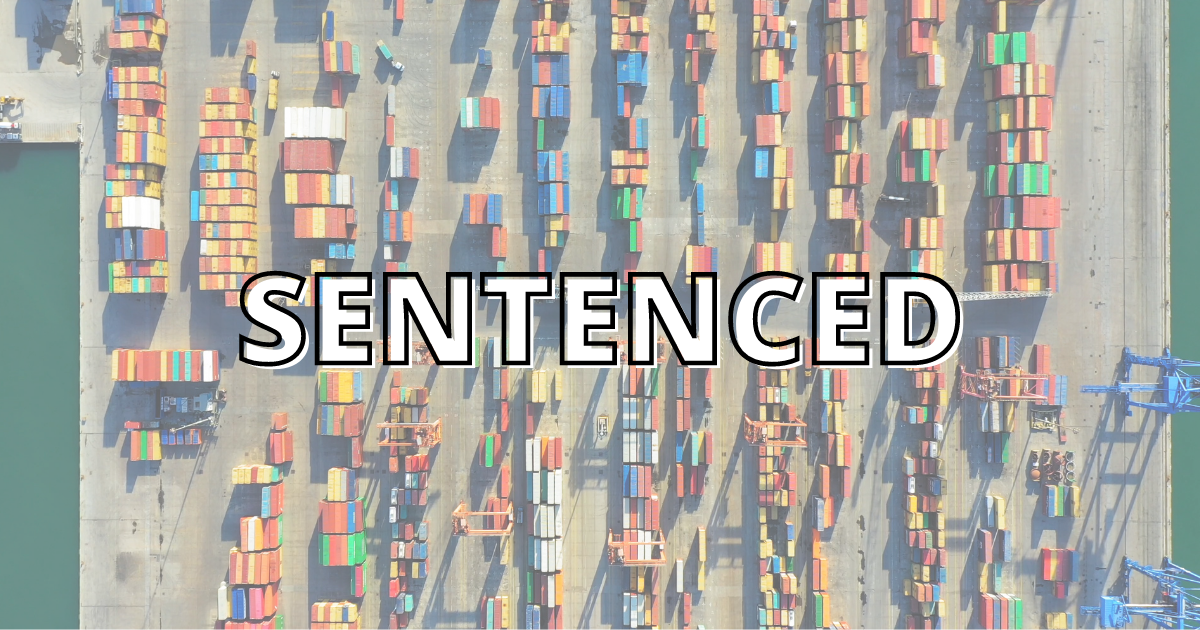 A Toombs County, Ga., man has been ordered to repay the cost for shutting down a Port of Savannah facility with a phoned-in bomb threat.

Elliott Sherman, a/k/a “Amir Turner,” 23, was ordered to pay $38,400 in restitution after pleading guilty to False Information and Hoaxes, said U.S. Attorney David H. Estes. Sherman, who has been in custody since his arrest in May 2021, also was sentenced to time served, and to serve two years of supervised release.

“With the thoughtless tap of a few keys on his phone, Elliott Sherman shut down a major port facility and initiated a significant law enforcement response,” said U.S. Attorney Estes. “He also cost himself a job, his freedom, and thousands of dollars. That’s a hard price to pay for impatience and immaturity.”

As described in court documents and testimony, Sherman was assigned to the California Cartage CFS 2 building in Port Wentworth as an employee of a staffing agency. Sherman had been dismissed early on Sept. 11, 2020, and admitted calling in a bomb threat so the other workers in his carpool also would be dismissed and he wouldn’t have to wait for his ride home.

During the ensuing investigation, the company was forced to halt operations at two warehouses at a cost of $38,400.

“Hoax threats consume law enforcement resources needed for actual emergencies, disrupt commerce, and terrify potential threatened victims,” said Keri Farley, Special Agent in Charge of FBI Atlanta. “Anyone who decides to carry out a threat like this, especially one so inappropriately timed, can expect the FBI to come knocking to hold them accountable.”

The case was investigated by the FBI, Georgia Ports Authority Police, and the Vidalia Police Department, and prosecuted for the United States by Assistant U.S. Attorneys Jennifer G. Solari and Joshua S. Bearden.