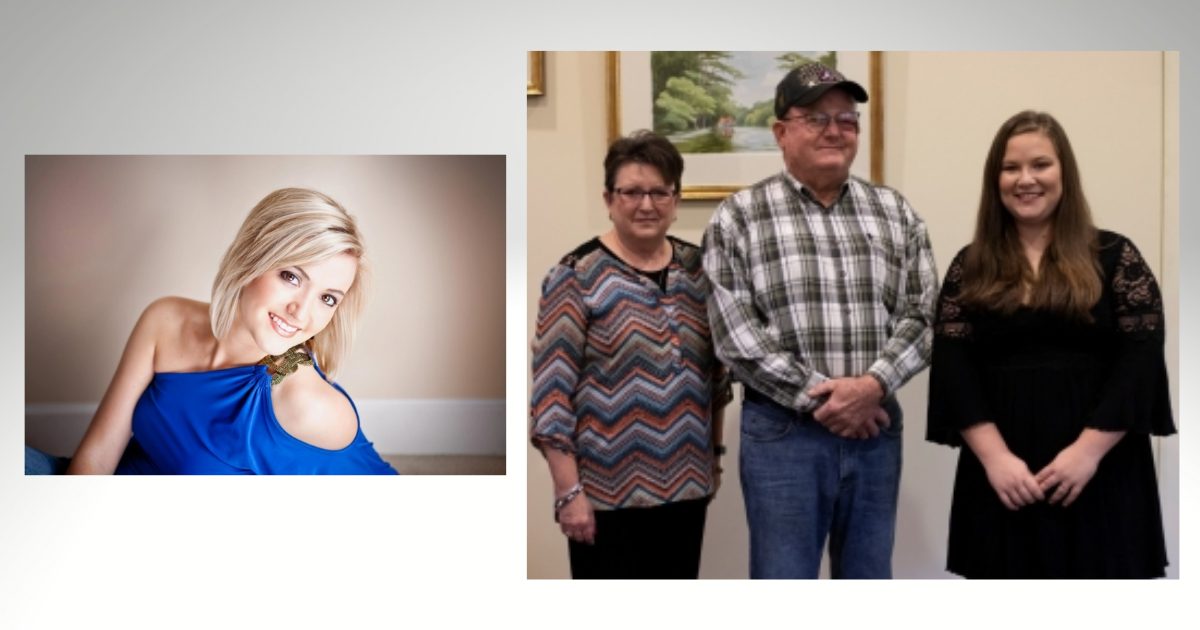 Each year the family of Rachel Jane Frederick, an East Georgia State College (EGSC) Alumni, awards a scholarship to an EGSC student in memory of Rachel. This year EGSC student Megan Ray received the scholarship. Applications for the $500 EGSC Rachel Jane Frederick Friendship and Service Award were open to EGSC students from Emanuel and Johnson Counties. Frederick’s parents, George and Jane, presented the award to Ray at EGSC’s campus Friday, February 4, 2022.

Megan Ray is the daughter of Marty and Angela Ray. Her grandparents are James and Harriet Ray of Swainsboro, Georgia, and Bob and Janet Stanfield of Wesley Chapel, Florida. She was a dual enrollment student from 2018-2020 and will graduate from EGSC with an Associate of Arts in Elementary Education in May 2022. After graduation, she plans to attend Augusta University to major in Elementary Education. Ray is a Correll Scholar, a member of Phi Theta Kappa Honor Society, and the Dean’s Honor List. She enjoys gardening, singing, substitute teaching, and volunteering at the hospital.

Rachel Jane Frederick was a 2010 East Laurens High School graduate. She then attended East Georgia State College where she was an ambassador and was crowned Miss East Georgia State College in 2012. Later that year, she represented EGSC in the Miss Georgia Pageant in Columbus, Georgia. During her time in the Miss Georgia Organization, she was very passionate about her platform. She chose American Red Cross blood donation to promote and educate people on during her year of service. Frederick graduated from EGSC in 2012 and decided to further her education at Armstrong Atlantic State University. She received her Bachelor of Science in 2014 and was pursuing a Master of Public Health. Frederick passed away in 2018 after an extended illness.

Frederick was always full of life and never met a stranger. Her family wanted to honor her by giving the EGSC Rachel Jane Frederick Friendship and Service Award to someone who is active in the community and someone who spends time helping others.