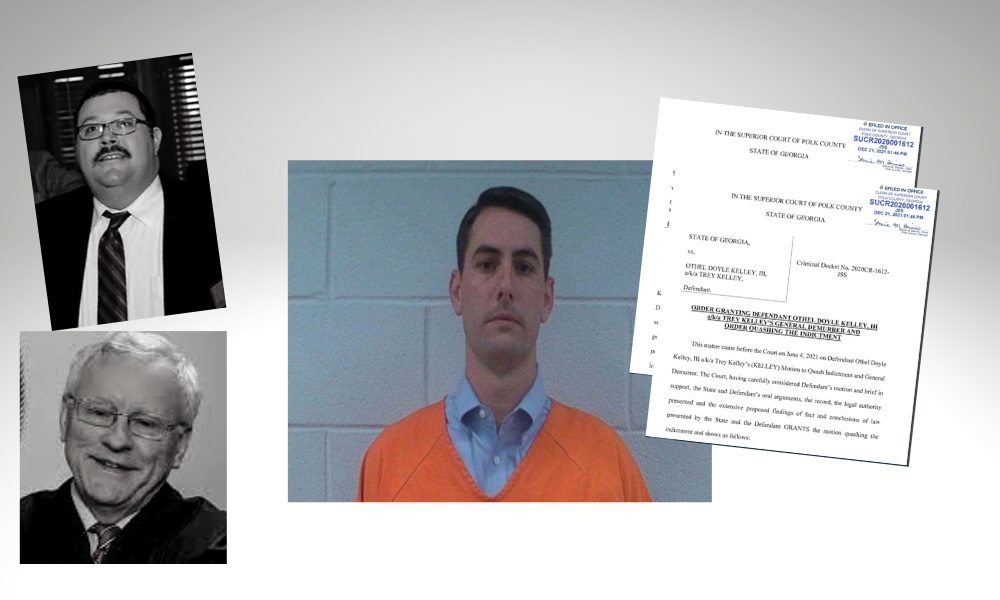 A Superior Court Judge has dismissed the indictment against the state lawmaker tied to a fatal hit and run crash from 2019.

The district attorney’s office said Dover ‘did not immediately stop and contact law enforcement and emergency medical services, as required by law, but instead immediately contacted Mr. Kelley to come to the scene. As Mr. Keais laid in a ditch on the side of the road in need of emergency medical attention, law enforcement and emergency medical services were not contacted until approximately 45 minutes after the incident. Mr. Keais died as a result of his injuries sustained when Mr. Dover’s vehicle struck him.’ Kelley reportedly called a number of individuals, but not 911.

It is still unclear why Dover was not charged or indicted on any offense pertaining to the death itself – such as vehicular homicide.

The case espoused a plethora of outrage from the general public, but most of the investigations done on the perceived and alleged coverup of the incident were overshadowed once the Coronavirus Pandemic took hold in March of 2020. Kelley, whose legal name is Othel Doyle Kelley III, has maintained that he has done nothing wrong.

Earlier this year, Kelley’s attorney, Lester Tate, filed a motion to have the indictment quashed. Specifically, attorneys argued that:

The judge agreed as it pertains to Kelley, noting the following:

The judge went on to say that the state charged Kelley with what it wanted to charge him with and ’disregarded the fact that Kelley’s conduct was not prohibited.’ No third party, he says, is required to call 911 after learning of an automobile accident. The judge wrote that the state’s charges suggest there was a heightened duty of care when no ordinary duty of care exists.

You can read the full 12-page Order below.

Kelley has struggled to stay out of headlines over the last two years, despite his assertions of innocence. In 2021, he stepped down from his leadership position in the Georgia Republican House Caucus which followed his wife filing for divorce after 13 years of marriage.

February 10-11, 2020 – 11Alive begins publishing investigative pieces on the crash, the alleged cover-up, and shortfalls of the night of the crash.
February 13, 2020 – Fellow lawmakers begin calling for Kelley’s resignation in light of the story.
February 17, 2020 – Organizations call for Kelley to be censured by his lawmaker colleagues. Other watchdog groups sought a federal investigation.

December 10, 2020 – A special presentment was made to the grand jury, which indicted Kelley and Dover.  District Attorney Jack Browning, who presented the case to the Grand Jury, stated that “over the course of two days, the Grand Jurors heard a substantial amount of testimonial and video evidence from law enforcement officers and the GBI medical examiner, as well as several witness interview recordings from those involved in, and with direct knowledge of, the incident.”

December 11, 2020 – The judges in the judicial circuit voluntarily recused themselves to avoid any real or perceived conflicts of interest since Kelley is a lawyer himself. This delays the issuance of warrants for Kelley and Dover. The Honorable Ralph Van Pelt Jr. is subsequently appointed to handle the case.

December 14, 2020 – Warrants are issued as a result of the grand jury indictment. Kelley retains attorney Lester Tate, a heavy hitter and well-known lawyer in both the legal and political arenas. Tate was once head of the Judicial Qualifications Commission and President of the State Bar of Georgia.

February 2021 – Attorneys file motions for discovery and other matters.

March 12, 2021 – Attorneys for Kelley file a Motion to Quash the indictment with a brief in support of such. They also ask for the judge to schedule a hearing on the matter.

July 7, 2021 – Attorneys for Kelley submit a proposed Order, once again seeking dismissal by the judge.

September 2021 – The father of Eric Keais files a wrongful death and civil rights lawsuit against Dover, Kelley, and the Cedartown Police Chief, claiming they caused his son’s death by not reporting it right after the collision. The lawsuit also claims that Kelley used his political office to “obtain an improper personal favor” and accuses the police of violating the department’s procedures since he did not go through the proper channels either.

Though the current administration in the City of Guyton has been at the helm for almost three years, it still can’t seem to make...