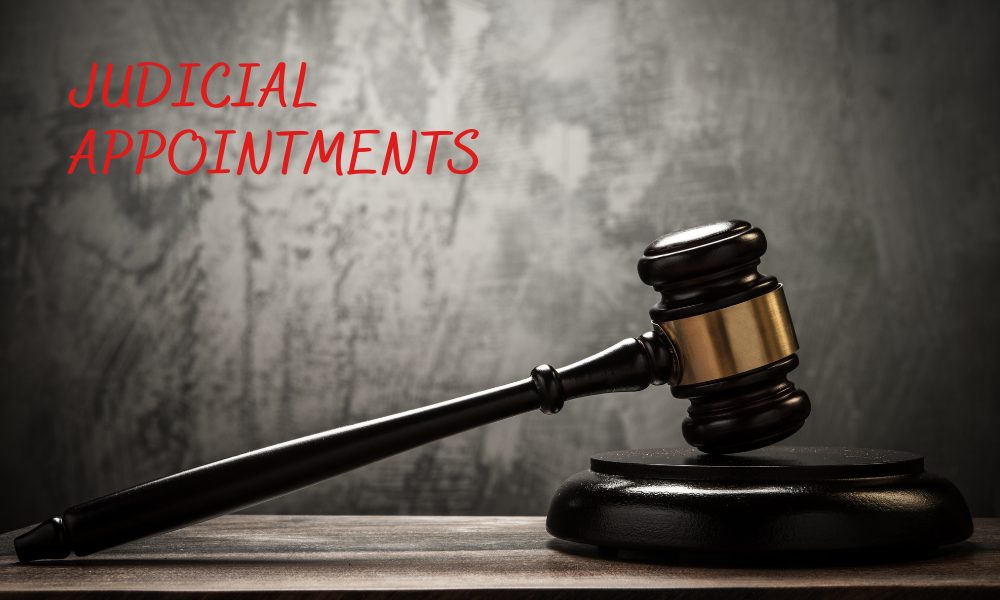 The following appointments were made:

Judge Eric Brewton holds a bachelor’s degree from Florida State University and a law degree from the University of Georgia School of Law. Judge Brewton was appointed to the Cobb State Court, Division II seat in 2010. Previously, he served as Staff Counsel for Travelers Insurance Company. Judge Brewton was also an attorney at the firm of Brock, Clay, and Rogers, P.C. He is a member of the Cobb County Barr Association. Since 1986, Judge Brewton has been involved with East Cobb Young Life and Johnson Ferry Baptist Church.

Brewton will fill the vacancy created by the resignation of Judge David Darden.

Ms. Ashley Palmer holds both a bachelor’s degree and a law degree from Vanderbilt University. She currently serves as Senior Assistant County Attorney for the Office of the Fulton County Attorney. Previously, she worked as Staff Attorney for the Office of the Fulton County Attorney after serving as Assistant Public Defender for the Circuit Public Defender’s Office, Clayton Judicial Circuit. Ms. Palmer served as an attorney at the firm of Powell Goldstein LLP (N/K/A Bryan Cave Leighton Paisner), as well. She is a member of the State Bar of Georgia, the High School Mock Trial State Finals Planning Committee, and the Georgia Association of Black Women Attorneys. Ms. Palmer is married to her husband, Robert, and they are parents to three children: Robert, Ashton, and Avery.

Palmer will fill the vacancy created by the appointment of Judge Eric A. Brewton to the Cobb State Court, Division I seat.

Thompson will be appointed to the newly created seat in the Superior Court of the Cobb Judicial Circuit, effective January 1, 2022.

Ms. Jaret Usher holds a bachelor’s degree from Kennesaw State University and a law degree from Regent University School of Law. Currently, Ms. Usher serves as the Division Director for the Legal Division at the Georgia Bureau of Investigation. Previously, she served as Prosecutorial Liaison. Ms. Usher also worked as the Senior Assistant District Attorney for the Gang Unit at the Office of the District Attorney, Cobb Judicial Circuit after serving as Assistant Solicitor General for the Office of the Solicitor General, Cobb Judicial Circuit. Prior to serving as Assistant Solicitor General, she served as an associate for Hollberg & Weaver, LLP, and Staff Attorney for the Cobb County Superior Court, Senior Judges Office. Ms. Usher serves on the Kennesaw State Alumni Board and is a member of the Cobb County Bar Association. She is married to her husband, Patrick, and they have two children: Gabriel and Eli.

Usher will fill the vacancy created by Judge Henry Thompson’s appointment to the newly created seat in the Superior Court of the Cobb Judicial Circuit, effective January 1, 2022.

Graham Floyd comes to the position serving as Associate City Attorney for the City of Baxley since 2009, Counsel with Appling County BOE since 2011, Partner at JohnsonFloyd, LLP since 2013, as well as Associate Judge of Juvenile Courts with the Brunswick Judicial Circuit since 2018. Floyd graduated from the University of Georgia with a bachelor’s degree in Agricultural Communications, and a Juris Doctorate from Samford University’s Cumberland School of Law. Floyd is a current member of the State Bar of Georgia, the American Bar Association, and the Georgia Trial Lawyers Association. He is married to his wife Cristen and has three children: Camille, Robert, and Charlotte.

Tracy Brown holds a bachelor’s degree from Georgia Southwestern University and a law degree from Florida Coastal School of Law. He most recently served as Sole Practitioner for Tracy Alan Brown, P.C., with offices in Jesup and Baxley. Prior to this role, Brown served as a partner with Brown & Johnson, LLC. Brown is a current member of State Bar of Georgia, Superior Court of Georgia, State of Georgia Supreme Court, State of Georgia Court of Appeals, United States District Court, Southern District of Georgia, and United States Court of Appeals for the Eleventh Circuit. He and his wife, Michele, live in Baxley and have three children: Dylan, Keri, and Kaydin.