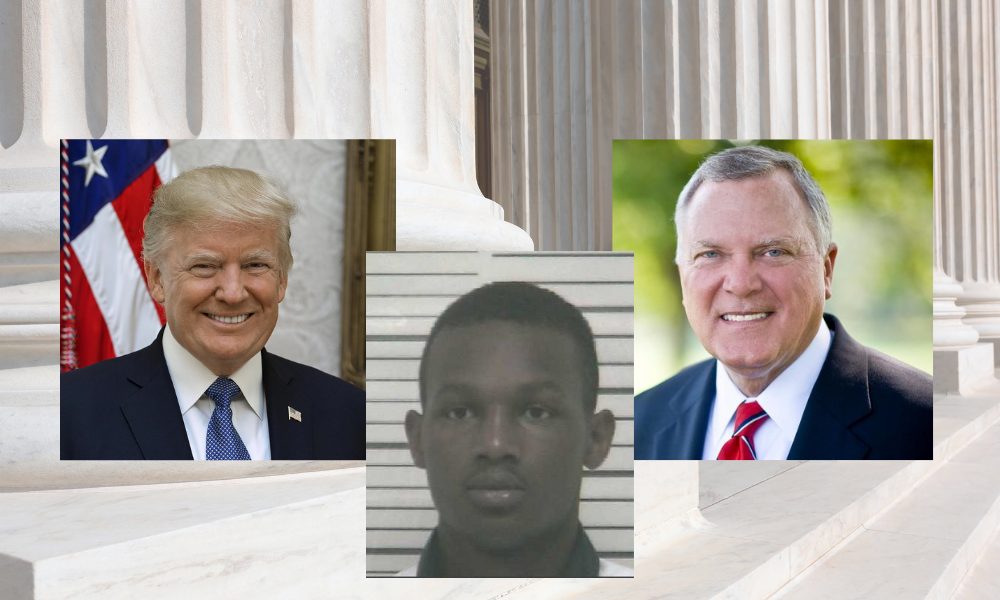 The civil suit brought by a man inside a DeKalb County jail which alleged that he was the target of a grand disease-oriented scheme by former President Donald Trump and Governor Nathan Deal has been dismissed.

Moussa Diarra, who is representing himself in the matter, filed a suit alleging civil rights violations as a pretrial detainee in Decatur.

Diarra alleges a “high level” conspiracy involving former President Donald Trump, former Georgia Governor Nathan Deal, and others to target him and give him an unidentified disease or sickness.

The man reportedly had a sexual encounter with an unnamed female at a hotel after she made suggestive comments toward hm. Believing he was being followed by government agents after the woman made comments about DNA testing and Donald Trump, Diarra left the hotel and did not speak to the woman again. A week later, Diarra said something felt ‘wrong’ and he went to the hospital where he says he was told that he could not leave unless he took an “unknown medication.” He blames Deal and Trump, among others, for the widespread and high level corruption prohibiting his care, which has only been exacerbated during his time behind bars.

Diarra said in a prior motion that he desired to bring a “wrongful death” action “based on the illness and treatment required or actions required of HIV/AIDS exposure.” It is not clear if Diarra has been diagnosed with HIV or AIDS.

Among those named in the suit were Donald J. Trump, Nathan Deal, DeKalb County Sheriff, DeKalb County Chief of Police, DeKalb County Medical Center, the City of Clarkston, the Clarkston Police Department, the Georgia Department of Health & Human Services, and the jail medical provider. Also listed was Jane Doe and an unnamed hotel.

“Plaintiff is no stranger to the Court. Most of his complaints and petitions, including this one, consist of rambling, nearly incomprehensible allegations… Petitioner’s factual allegations “rise to the level of the irrational or wholly incredible.” For example, his assertion that a former president, a former governor, and various law enforcement agencies have conspired against him is unrealistic and deranged. In short, Plaintiff’s complaint is factually frivolous and must be dismissed.”

Diarra was also chastised for filing under the wrong federal statute for his claims and for filing in the wrong federal court district. The Court ordered 20% of deposits made into his prisoner account to be allocated to outstanding fees for court filings until the $350.00 filing fee is paid.

The terse opinion and order for seizure of a percentage of his commissary funds stem from Diarra’s overwhelming number of cases in the Middle District of Georgia court. In the last several months, Diarra has also filed suits against:

In July 2021, Judge Laura Taylor Swain barred Diarra from filing any additional civil action under the statutes while a prisoner in Dekalb County unless he is under imminent danger of serious physical injury, citing the three strikes rule and filings in bad faith. The same month, Judge Clay Land denied a petition by Diarra seeking relief for his March 2021 arrest, a charge for which Diarra has not been tried or convicted.

On August 27, a federal magistrate judge denied an additional filing for his failure to pay a $402 filing fee in a suit against the current Georgia Governor, Brian Kemp.

Diarra previously spent time in Hays State Prison for his 2011 conviction on charges of possessing marijuana and cocaine, possessing a firearm during the commission of a felony, and carrying a firearm on a school campus. He served approximately five years in the state system before he was released in 2016.