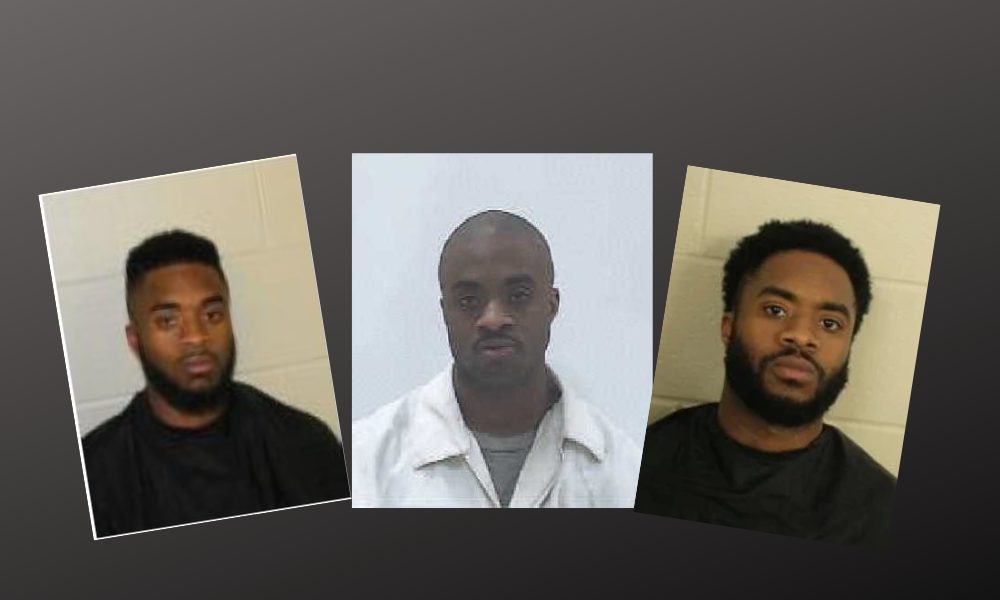 Anthony Lavell Williams, Jr. has been sentenced for perpetrating a string of armed robberies in Carroll, Catoosa, Chattooga, Cobb, and Hall Counties during which Williams assaulted pharmacy customers and forced employees to surrender cash and tens of thousands of opioids and amphetamines to him.

“Driven by greed, Anthony Williams terrorized our community and sought to profit off of the opioid epidemic,” said Acting U.S. Attorney Kurt R. Erskine. “This epidemic tragically claims many American lives every year.  A multi-agency response at all levels of government and from every corner of this district has brought him to justice.”

“This sentence is a direct result of what good multi-jurisdictional partnerships and communication can accomplish,” said Chris Hacker, Special Agent in Charge of FBI Atlanta. “We are grateful for all the hard work by our partners that allowed Williams to be removed from the streets before he could commit any worse crimes or traumatize anymore innocent citizens.”

According to Acting U.S. Attorney Erskine, the charges and other information presented in court: Williams, while armed with a handgun, robbed five retail pharmacies between May 2020 and July 2020. Williams escaped with approximately $9,600 in cash and more than $183,000 of controlled substances. The pharmacies’ losses were eclipsed by the street value of the stolen drugs, which included but was not limited to nearly 44,000 doses of opioids and more than 5,700 tablets containing amphetamine.

On June 4, 2020, Williams robbed a pharmacy in Fort Oglethorpe, Georgia. During the robbery, Williams threatened a pharmacist and ordered her to open a drug safe containing Schedule II controlled substances from which Williams pillaged very large quantities of oxycodone, hydrocodone, amphetamine, and morphine.

A month later, on July 5, 2020, Williams stole cash and more than $50,000 worth of Schedule II controlled substances from a pharmacy in Carrollton, Georgia. Williams took only the most dangerous narcotics, leaving other pharmaceuticals behind. He forced all of the employees and customers in the store to surrender their cell phones and lay on their stomachs in different areas of the store before fleeing.

On July 7, 2020, Williams walked into a pharmacy in Gainesville, Georgia, grabbed a customer at the front register by her hair, and forced the customer and cashier at gunpoint to go with him to the pharmacy at the back of the store. Williams made his victims abandon their cell phones, demanded “painkillers,” and forced them to unlock safes and load a backpack with drugs. Williams stole $1,820 in cash and approximately $30,000 of Schedule II narcotics.

Anthony Lavell Williams, Jr., 28, of Rome, Georgia, was sentenced by Chief U.S. District Judge Timothy C. Batten, Jr. to 12 years, 7 months in prison to be followed by five years of supervised release. He was also ordered to pay restitution in the amount of $192,983.77 after pleading guilty to five counts of interference with commerce by robbery and armed robbery involving controlled substances. Williams pleaded guilty to these charges on August 3, 2021.

This case was brought as part of Project Safe Neighborhoods (PSN). In keeping with the Attorney General’s mission to reduce violent crime, the Northern District of Georgia’s PSN program focuses on prosecuting those individuals who most significantly drive violence in our communities, and supports and fosters partnerships between law enforcement and schools, the faith community, and local community leaders to prevent and deter future criminal conduct.