Georgian Among Those Charged in Federal Indictment for Tax Fraud Scheme 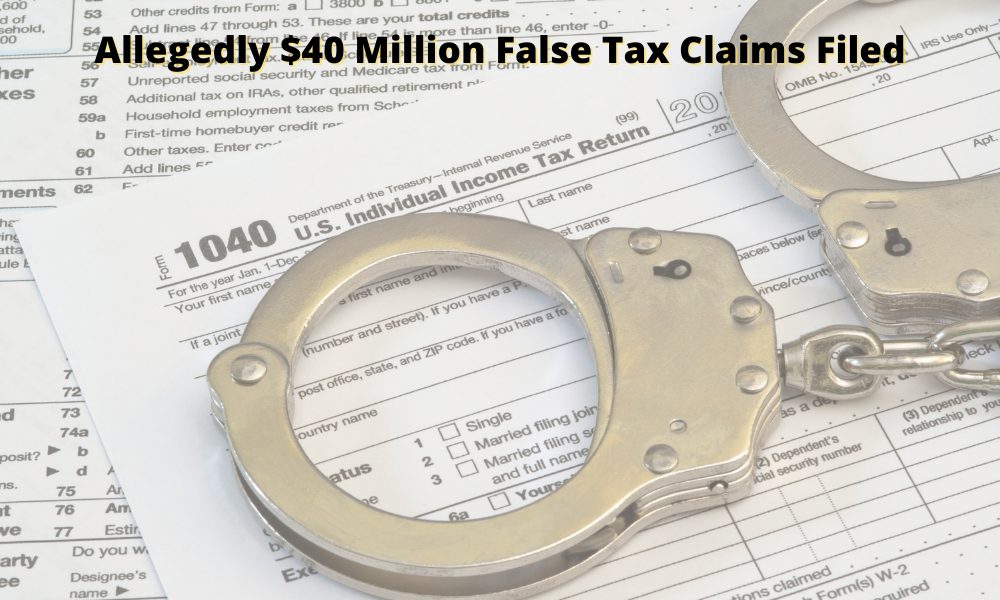 According to the indictment, from 2013 to 2017, Iran Backstrom of Milledgeville, Georgia; Mehef Bey of Charlotte, North Carolina; Yomarie Febres of Atlanta, Georgia; and Aaron Aqueron of Clermont, Florida, allegedly conspired together and with others to promote a tax fraud scheme to more than 200 individuals in 12 states. The indictment alleges that the defendants recruited clients by falsely representing that the clients’ mortgages and other debts entitled them to tax refunds. To execute the scheme, the defendants and their conspirators allegedly prepared and caused clients to file tax returns that falsely claimed large amounts of income taxes had been withheld from the clients and paid over to the IRS, entitling the clients to tax refunds. According to the indictment, the defendants typically charged each client fees ranging from approximately $10,000 to $15,000 and did not report on their own tax returns any income generated from the scheme.

The indictment further alleges that when the IRS discovered the fraud and attempted to recover the fraudulently obtained tax refunds, Aqueron encouraged clients to provide the IRS with false information and remove funds from their bank accounts in order to thwart the IRS’s collection efforts. As a result of the scheme, the defendants allegedly filed, and caused to be filed, with the IRS approximately $40 million in fraudulent claims for tax refunds

Backstrom, Bey, Febres and Aqueron are charged with conspiring to defraud the United States and aiding in the preparation of false tax returns. Aqueron is also charged with corruptly endeavoring to obstruct the due administration of the internal revenue laws.

Backstrom, Febres and Aqueron are scheduled for their initial court appearances today before a U.S. Magistrate Judge for the Middle District of Florida. Bey will make an initial appearance at a later date. If convicted, each defendant faces a maximum sentence of five years in prison on the conspiracy charge and three years of prison on each count of aiding in the preparation of false tax returns. Aqueron also faces a maximum of three years in prison on the obstruction charge. In addition, the defendants face a period of supervised release, restitution and monetary penalties. A federal district court judge will determine any sentence after considering the U.S. Sentencing Guidelines and other statutory factors.

The IRS-Criminal Investigation is investigating the case.

Trial Attorneys Lauren Archer, Kavitha Bondada and Alexander Effendi of the Tax Division and Assistant U.S. Attorney Karen Gable of the U.S. Attorney’s Office for Middle District of Florida are prosecuting the case.

An indictment is merely an allegation and all defendants are presumed innocent until proven guilty beyond a reasonable doubt in a court of law.
This is a press release from the US Department of Justice.