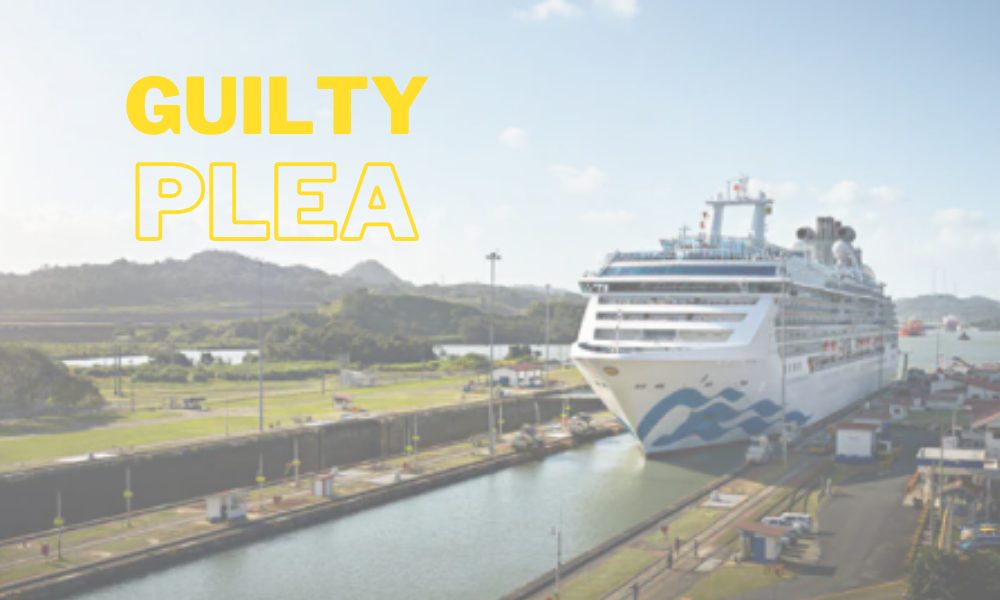 Princess Cruise Lines Ltd. (Princess) has pleaded guilty to a second violation of probation imposed as a result of its 2017 criminal conviction for environmental crimes because it failed to establish and maintain an independent internal investigative office. Under the terms of a plea agreement, Princess was ordered to pay an additional $1 million criminal fine and required to undertake remedial measures to ensure that it and its parent Carnival Cruise Lines & plc establish and maintain the independent internal investigative office known as the Incident Analysis Group (IAG).

Princess was convicted and sentenced in April 2017 and fined $40 million after pleading guilty to felony charges stemming from its deliberate dumping of oil-contaminated waste from one of its vessels and intentional acts to cover it up. This was and remains the largest-ever criminal fine for intentional pollution from ships. While serving five years of probation, all Carnival-related cruise line vessels trading in U.S. ports were required to comply with a court approved and supervised environmental compliance plan (ECP), including audits by an outside and independent third-party auditor (TPA) and oversight by a Court Appointed Monitor (CAM).

In 2019, Princess was convicted of six violations of probation, fined an additional $20 million, and required to undertake more remedial measures. In that case, two of the violations involved interfering with the court’s supervision of probation by sending undisclosed teams to ships to prepare them for the independent inspections required during probation. Documents filed in court showed that one purpose of the vessel visit programs was to avoid adverse findings by the independent outside auditors working on behalf of the court.

Beginning with the first year of probation, there have been repeated findings that the Company’s internal investigation program was and is inadequate. In November 2021, the Office of Probation issued a petition to revoke probation after adverse findings by the CAM and TPA.

In an October 2021 letter to U.S. District Court Judge Patricia A. Seitz, the CAM and TPA concluded that the continuing failure “reflects a deeper barrier: a culture that seeks to minimize or avoid information that is negative, uncomfortable, or threatening to the company, including to top leadership (i.e., the Board of Directors, C-Suite executives and Brand Presidents/CEOs).”

Changes required under a plea agreement with the Department of Justice resolving the probation violation include:

“Just like individual defendants, corporate defendants must also comply with court orders. They are not above the law”, said U.S. Attorney Juan Antonio Gonzalez for the Southern District of Florida. “The corporate defendant here ignored the court, choosing instead to thwart the compliance plan that was put in place to protect our environment. As this probation violation proceeding demonstrates, the government will not tolerate defendant’s blatant violation of court orders.”

“This case shows the importance of addressing issues of corporate culture and structure, and the root causes of environmental non-compliance,” said Assistant Attorney General Todd Kim of the Justice Department’s Environment and Natural Resources Division. “This was a serious and ongoing violation of probation that reflected Carnival’s failure to prioritize compliance with court orders. I thank the court, the Office of Probation, court appointed monitor and third-party auditor for the close attention that they have devoted to this important matter.”

The plea agreement and factual statement were signed by Micky Arison, Chairman of Carnival’s Board of Directors and Arnold Donald, the Chief Executive Officer and a member of the Board of Directors. Both attended the hearing as they have quarterly status hearings pursuant to court order.