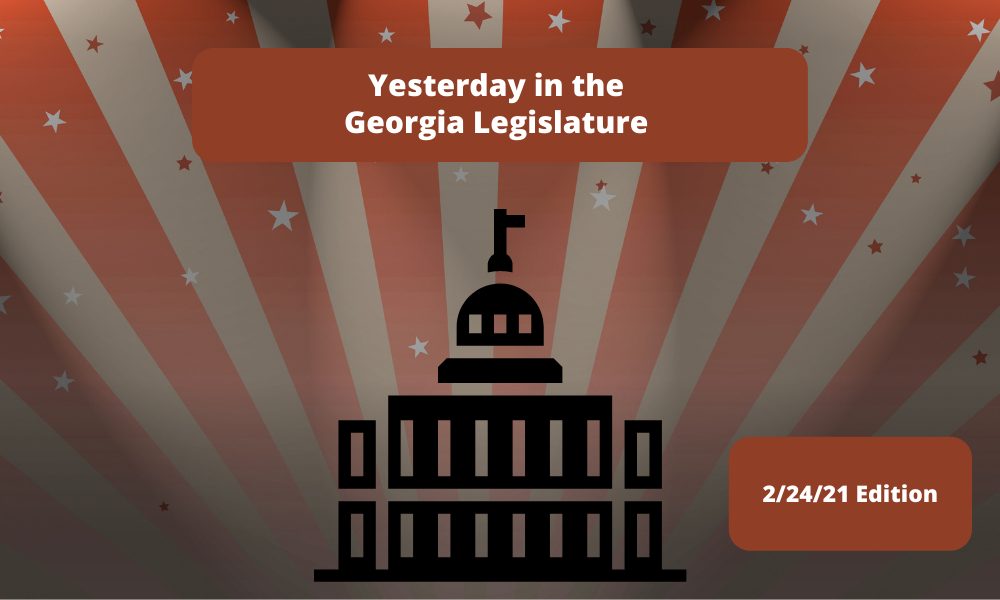 This is an informal rundown of the legislative happenings. These bills are from the most recent legislative day – 2/23/21, or Day 21.

LINK →https://www.legis.ga.gov/legislation/59205
WHAT THE BILL DOES:

ISSUES: Allowing un-fingerprinted podiatrists to just walk amongst us? In all seriousness, this should apply to far more industries.
PASSED: 115-0

ISSUES: So, to be clear, you’re only a master plumber or journeyman if you give the government a fee and the same government recognizes your license from an organization said government as endorsed.
PASSED: 167-0

ISSUES: None, other than it doesn’t dictate what happens if the prosecuting attorney does or doesn’t act.
PASSED: 167-0

ISSUES: You may consider voting against this if you believe drug schedules are a state issue and not a federal issue. Or if you believe that if marijuana was decriminalized, other harder drugs would be used less widely. Otherwise, it’s merely procedural.
PASSED: 164-0

The Senate passed the following measures: