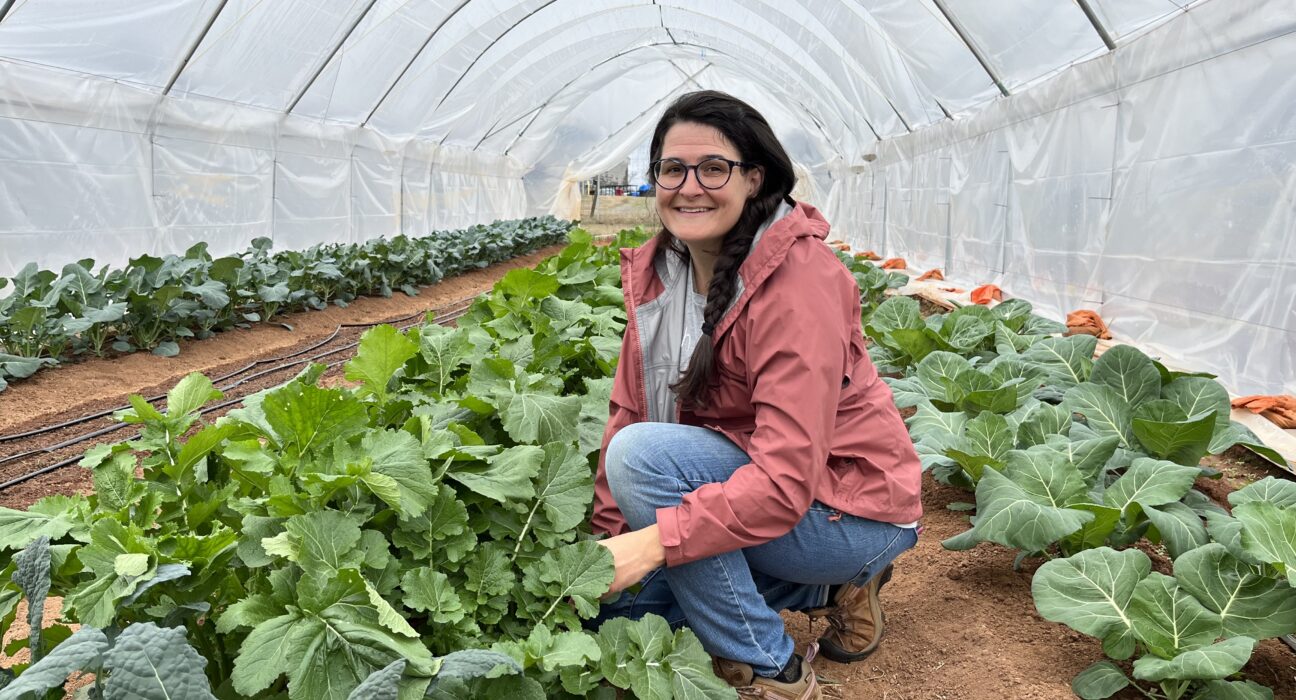 As demand for organic food continues to rise, organic agriculture has attracted both longtime producers and new farmers into the industry.

University of Georgia researchers are working on a new study meant to develop best practices for transitioning farmers starting out with land that has been used for grazing or has lain fallow.

“Breaking new ground is a difficult task for any farmer. New organic farmers and farmers transitioning to organic vegetable production often purchase or expand on land that has previously been in pasture or is somewhat derelict farmland  — land that has been previously farmed but not recently managed,” lead researcher Kate Cassity-Duffey writes in the abstract for the study, “Breaking New Ground: Reducing Perennial Weeds and Improving Soil Fertility for Southern Farmers Transitioning to Organic Production.”

Funded through the Organic Transitions program of the U.S. Department of Agriculture (USDA) National Institute of Food and Agriculture, Cassity-Duffey said the study was prompted by rising interest in expanding organic production, farmer-informed research and work being done by the the Working Farms Fund from The Conservation Fund, a national organization founded in 1985 that provides support for agricultural sustainability projects and organic producers.

“What really prompted us to apply for this grant is the Working Farms Fund from The Conservation Fund, which helps successful, small-scale organic farmers expand to much larger farms and transition land over to certified organic production,” Cassity-Duffey said. “They are helping farmers acquire land while simultaneously conserving farmland, supporting farmers and applying conservation easements for land that could be at risk for development. The group and farmers in that group really helped us identify research needs for organic farmers in Georgia and across the Southeast. We are really trying to support farmers with new land and help provide research to transition to productive land as quickly as possible.”

Many of the land parcels are located in the Piedmont region to be closer to metropolitan areas like Atlanta, providing accessible markets for organic produce, Cassity-Duffey said.

“This type of land can be transitioned quickly because it often hasn’t been worked recently. It may have received little management, but it is what is available and affordable to  producers,” Coolong said.

In the first phase of the study, the researchers are developing organic trial plots at the UGA Durham Horticulture Farm, as well as surveying locations and setting up field trials with partner producers, including the Love Is Love Cooperative Farm.

“For this project, one of the main issues we will have is that, if the land hasn’t been managed, there are a lot of weeds — and potentially Bermuda grass if that was the primary forage grown — and weed control and management is extremely challenging in organic production,” Coolong said. “This looks at a critical time period, when the farmers are transitioning to organic production, to set them up so that weed management is not debilitating in those first few years.”

Determining best practices for transition to organic production, including less intensive weed management while improving soil fertility, is the main focus of the study, Cassity-Duffey said.

The researchers will apply crimson clover and rye to existing organic plots populated with Bermuda grass, direct drilling the cover crops into the pasture to determine whether the cover crops will outcompete and shade the Bermuda grass while potentially fixing nitrogen in the soil.

After assessing the impact of the cover crops, they will plant a cash crop next spring.

“We want to determine the fastest way to reduce perennial weeds and improve soil fertility,” she added.

The College of Agricultural and Environmental Sciences researchers will also evaluate derelict land across the state of Georgia to evaluate weed seedbanks and herbicide carryover issues farmers transitioning to these areas might encounter.

“Since some of these areas were previously pasture or minimally managed, potential herbicide persistence in the soil and high levels of weed seeds in the soil (weed seedbank) can be a challenge to a new organic producer,” Basinger said. “One of the goals of the project is to develop methods and Extension materials for growers to do their own bioassay for herbicide carryover and evaluate their weed seedbank. These tools are invaluable for producers when they are purchasing land for organic production.”

During the 2022 Georgia Peanut Tour sponsored by the Georgia Peanut Commission and UGA Cooperative Extension, organic peanut producer Chad Heard listed weed control as among the most challenging aspects of organic farming.

This is his fifth season growing organic crops, after a three-year process to certify his farm for organic production through the USDA.

“There can be no synthetic fertilizers or chemicals except those approved by the National Organics Standards Board, and our certifiers want us to let them know before we even use approved products,” he said. “We are checked by our certifier, they come out and spot check and pull samples – dirt samples, plant samples — anything they want anytime,” added Heard, who is a member of the Georgia Organic Peanut Association, which has worked with Georgia Organics to develop a network of organic facilities including buying points, cold storage, shelling plants and blanching plants to handle the crops from the state’s nine organic peanut farms.