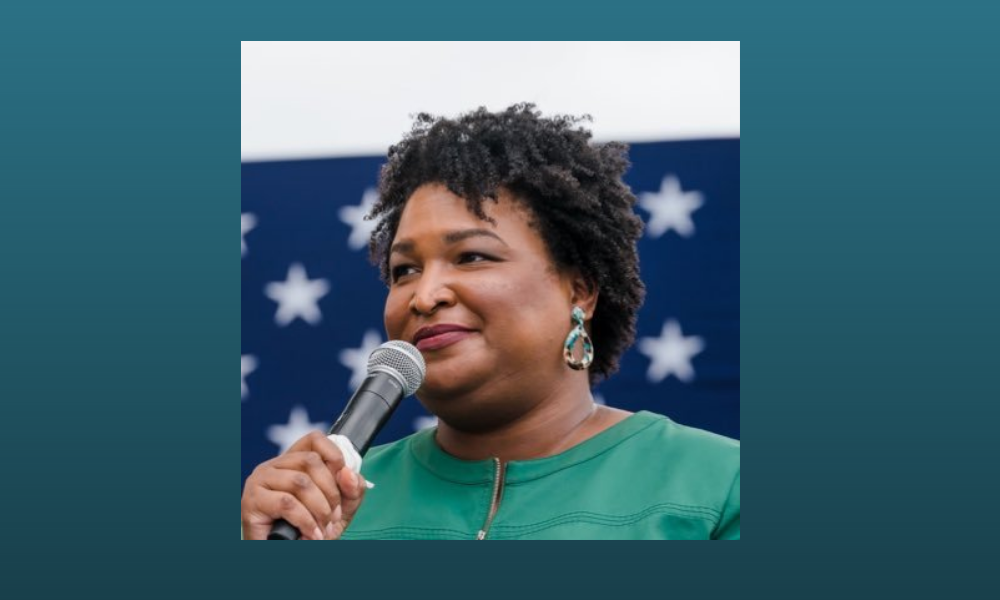 Georgia’s own Stacey Abrams has been named as a co-chair of the Black Voices for Black Justice Fund.

The BVBJ is an initiative that supports leaders “on the front lines of the urgent movement to build a fair, equitable, and anti-racist America.” The group’s recent announcement of Abrams as the co-chair is another feather in the cap of the former state representative whose efforts have dominated headlines since her gubernatorial race in 2018.

Abrams replaces Kristen Clarke, who has been nominated by President Biden to serve as Assistant Attorney General of the United States, leading the Civil Rights Division of the U.S. Department of Justice.

Abrams said, “I am honored to join BVBJ because it is leading by example. Unlike most philanthropic giving for racial justice, the Black Voices for Black Justice Fund puts Black leaders in the driver’s seat – with Black activists on the ground who understand how racism plays out in their community defining both the problem and the solutions. I’m excited to throw myself into BVBJ because I believe we will make more progress in advancing racial justice as a country if more of the philanthropic community would embrace this novel approach.”

“Every day, Stacey Abrams shows us what true leadership and dedication to equality look like,” said actress and activist Kerry Washington, who is co-chair of BVBJ. “It is such an honor to work alongside a real-life hero, like Stacey, in this fight for justice.”

“Stacey’s role as a leader in the fight against voter suppression and of upholding the promise of democracy has been a true inspiration; we enthusiastically welcome her insights on how to best accelerate the work of the fund and take it to the next level,” said Tenicka Boyd, BVBJ co-chair and National Organizing Director and Deputy Political Director of the ACLU.

Abrams served as Democratic Leader of the Georgia House of Representatives for seven years prior to running for Governor of Georgia. She then launched Fair Fight after the 2018 gubernatorial election, Fair Count to ensure accuracy in the 2020 Census, and the Southern Economic Advancement Project, a public policy initiative which focuses on economic power and equity in the South.

Since the fund’s launch in 2020, 50 leaders across America have received BVBJ financial awards to use as they believe will make the biggest difference for racial justice. The Fund is currently seeking nomination for its third round of giving and is particularly interested in community-led racial justice efforts that encompass justice for both Black Americans and Asian Americans.