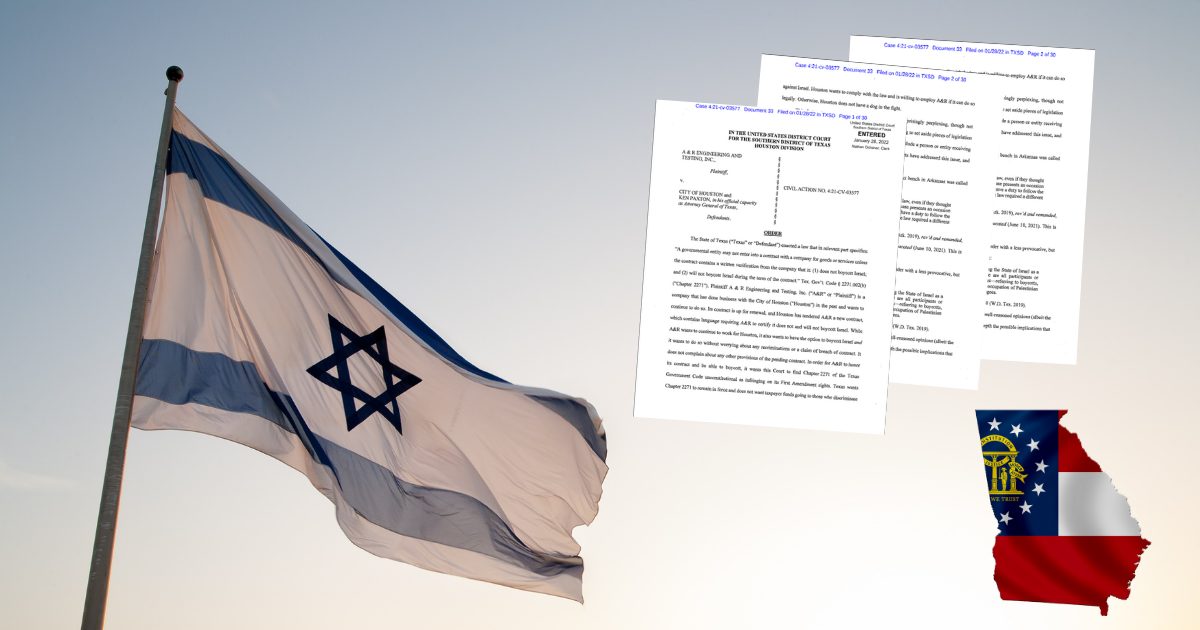 Rasmy Hassouna refused to sign an anti-BDS loyalty oath to Israel as part of a contract with the City of Houston, an entity he had contracted with for 17+ years. Hassouna sued in November 2021, citing First Amendment infringements by the contract requirement that he promise not to boycott Israel.

“The speech contemplated by [Rasmy’s company] may make some individuals—especially those who identify with Israel—uncomfortable, anxious, or even angry. Nevertheless, speech—even speech that upsets other segments of the population—is protected by the First Amendment unless it escalates into violence and misconduct.”

“The Court does find that Hassouna authentically holds a pro-Palestinian point of view that is protected by the First Amendment.” You can read the full ruling here.

The Council on American-Islamic Relations (CAIR), a Muslim civil rights and advocacy organization, called the ruling ‘a victory’ as it was party to the lawsuit on behalf of the engineering firm owned by Rasmy Hassouna.

CAIR also called the proposed bill in Georgia to implement a similar anti-BDS law “a doomed effort” after a court ruled the original version of the law was unconstitutional. The original version of the Georgia bill applied the ban to companies and individuals. The updated bill limits the rule to businesses with more than five employees, and the contract must be valued at more than $100,000.

Follow more of what the Georgia legislature is doing.