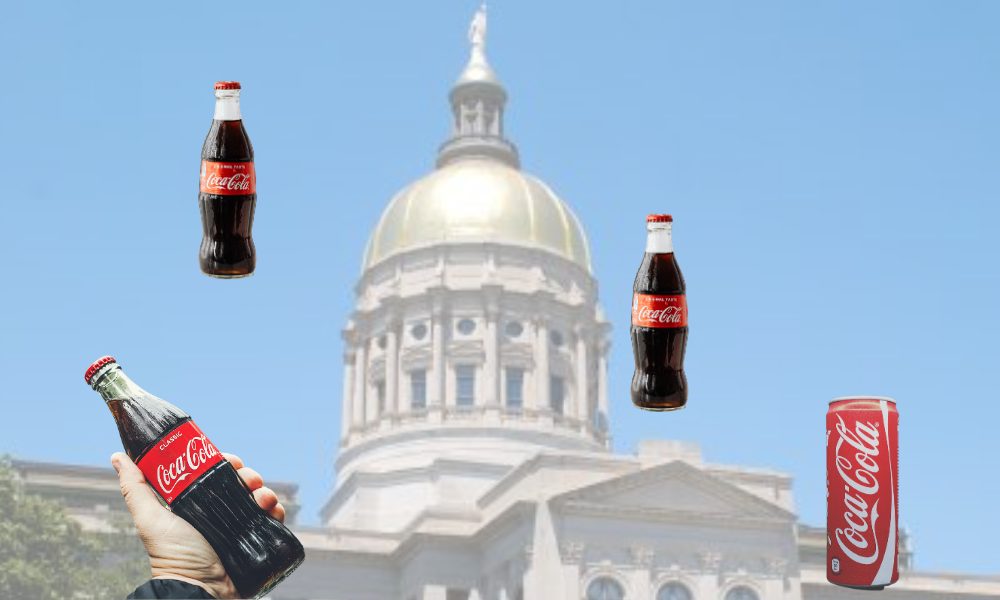 A handful of Georgia lawmakers have called for the removal of Coca-Cola products from their Capitol offices after the corporation spoke out against the recently enacted ‘Election Integrity Act of 2021.’

The lawmakers specifically said they opposed having Coca-Cola products in their offices because the company perpetuated “a national dialogue which seeks to intentionally mislead the citizens of Georgia and deepen a divide in our Great State.”

The House Republicans, all of whom share a suite in the Coverdell Legislative Office Building, sent the letter on April 3rd to Kevin Perry, a lobbyist for the Georgia Beverage Association. The lawmakers copied Governor Kemp and members of House leadership.

The eight legislators accused Coke of caving to ‘the pressure of an out of control cancel culture’ and stated that they would be open to rebuilding a working relationship in the event that the company sought to ‘read the bill, share its true intentions and accept their role in the dissemination of mistruths.’

You can read the letter below.