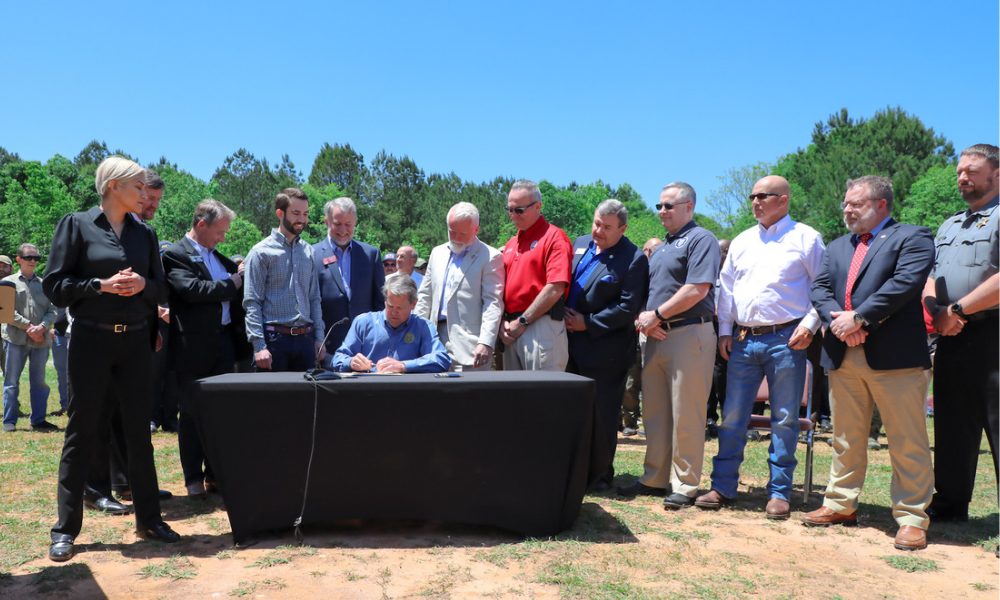 Last week, Governor Kemp signed SB 286 into law to halt the drastic cuts of funding for police agencies by municipalities and county governments.

The bill was passed during the 2021 legislative session in a preemptive effort to prevent ‘defund the police’ movements in Georgia.

Kemp said in a statement Friday:

“Today, I am proud to sign SB 286 to protect law enforcement budgets and ensure the safety of local communities across Georgia. Across the country, we have seen organized efforts to ‘Defund the Police’ – including several here in Georgia. This far-left movement will only endanger our law enforcement officers and the people they serve.

These hometown heroes have gone above and beyond to assist in the fight against COVID-19 and continue to keep millions of Georgians out of harm’s way. And even on the darkest of days, when it seemed like many in our society abandoned them and demonized their profession, they continued to put their lives on the line for the sake of others.

This law prohibits counties from cutting police funding by more than five percent each year and further prohibits cutting budgets by more than twenty five percent over five years. The bottom line is this: defunding the police makes communities – and families – less safe. As long as I’m governor, Georgia will support our law enforcement community and Back the Blue!”

But not everyone was in favor, as many argued the bill obliterated the concept of ‘local control.’ As reported by The Center Square:

Mueller said the measure applies to only 13 of the state’s 159 counties with police departments, but none of those counties have indicated they will cut police funding. He said it sets a dangerous precedent for the state to control how local governments manage their budgets.

“With opening that door, and this being the first, others may follow in future years,” Mueller said. “Because now that the precedent has been set, they can point back to this law and say, ‘We’re just doing what we did there. This time we’re restricting different areas of your budget. Maybe we don’t want you to reduce funding for your roads, or maybe we don’t want you to raise funding for some other service.’ “