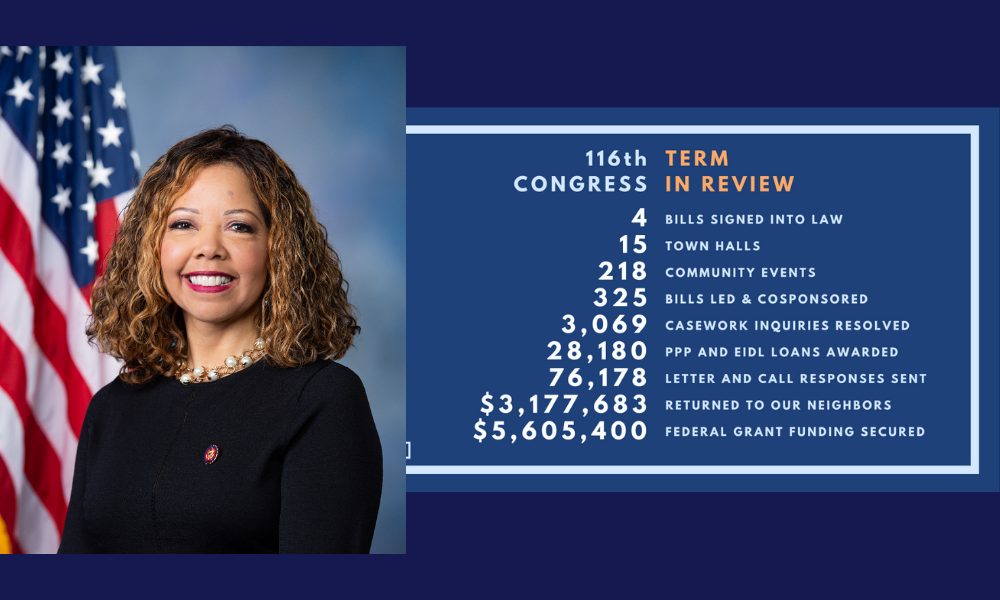 This morning, Rep. Lucy McBath (GA-06) released her accomplishments of the 116th Congress. As a freshman member in the U.S. House of Representatives, McBath had multiple pieces of legislation signed into law by the President, secured millions of dollars for the Sixth District, and assisted thousands of constituents with their federal cases. Her bill to serve veterans experiencing financial hardship was deemed the “biggest bill” passed by a first-term member. During her first two years in office, she was described as “an effective lawmaker” and “one of the House Democratic Caucus’ most important voices.”

“Each and every day we are called upon to serve our communities in Congress – that is what this work is about. They are trusting us to do everything we can to advocate and legislate on their behalf,” said McBath. “I am so proud of the work we did to return millions of hard earned dollars to constituents throughout the district, to have conversations with our friends and neighbors at town halls and community events, and to have multiple pieces of bipartisan legislation signed into law. Truly, this work is about serving my community in Congress, and I look forward to continuing that work to solve problems, connect with people, and create policy to help serve our fellow Americans.”

During the 116th Congress, McBath:

Since being sworn into her first term on January 3, 2019, McBath has championed bipartisanship and has prioritized causes to help Georgia families, veterans, and small businesses, including: