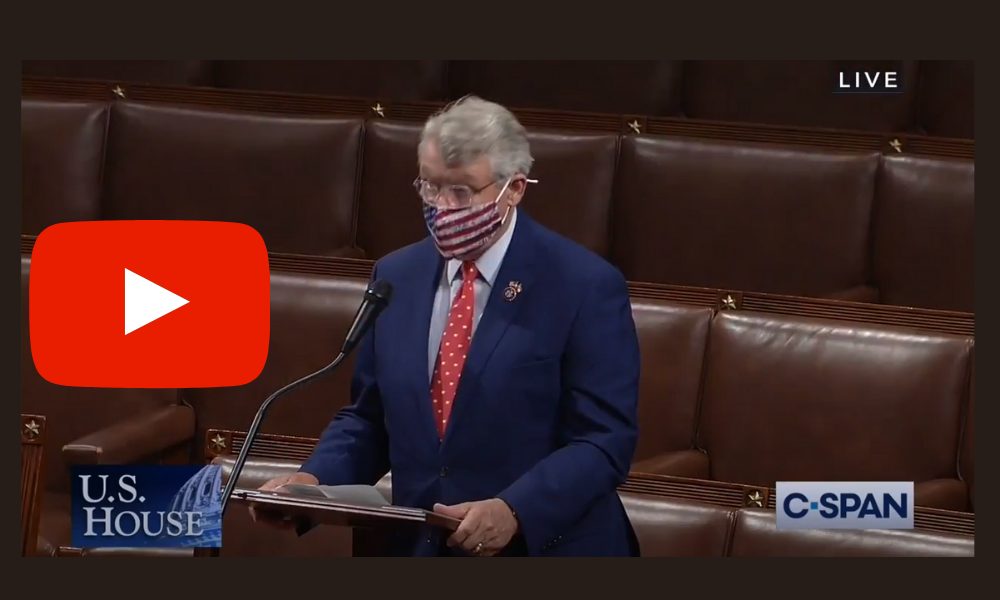 The Congressman from Georgia’s 12th district recently took to the floor of the U.S. House of Representatives to lambast Democrats for muddying the waters of the infrastructure plan and the Green New Deal.

Congressman Rick Allen slammed the plan by Democrats to incorporate at least $600 billion worth of Green New Deal priorities into the infrastructure plan with just 5% going to roads and bridges.

Just yesterday the Squad and other Democrats reintroduced the socialist “Green New Deal.”

This dangerous proposal costs over $90 trillion and will destroy thousands of American jobs.

But Speaker Pelosi and President Biden have no intention of stopping it; in fact, they’re planning to use their partisan “infrastructure” package as a vehicle to enact several Green New Deal priorities.

While details of what they consider infrastructure – and I use that term loosely – are not finalized, it does not inspire confidence that the Democrats are already turning away from regular order, which requires bipartisanship, to get the bill through Congress.

Here’s what we know of the package so far:

Only 5% will go toward roads and bridges, and 2% for airways, waterways and ports.

They are planning the largest tax hike since 1968 to pay for their agenda – and an estimate from the National Association of Manufacturers shows that their proposed corporate tax hike would cost 1 million jobs.