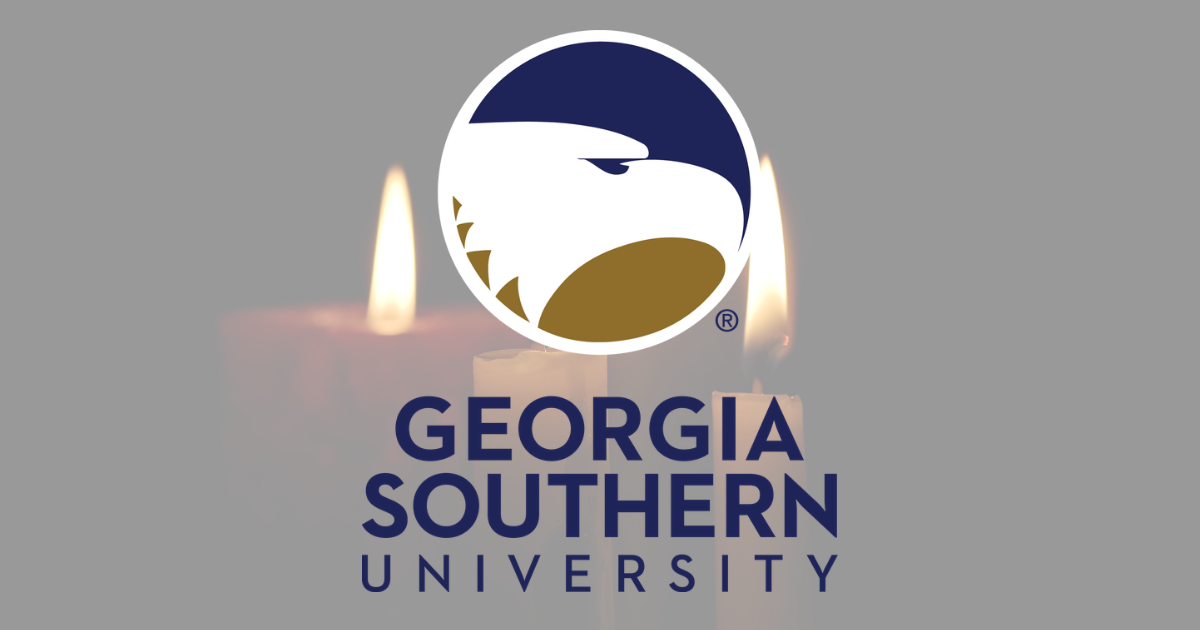 Various groups at Georgia Southern have long been discussing how to recognize and memorialize fellow students, faculty, staff and/or alumni who have passed away.

This past year, those talks turned to action and the end result is a new memorial and “Eagles Call” ceremony. The inaugural ceremonies will be held at 6 p.m. on Monday, April 18 (Statesboro Campus) and Tuesday, April 19 (Armstrong Campus in Savannah) to honor Georgia Southern Eagles who have passed away this academic year. The University plans to make the ceremony an annual event.

The memorial ceremony is a collaboration between the Student Government Association (SGA) and the Dean of Students Office to honor and celebrate the life of our fallen Eagles, including students, faculty,staff and alumni who have passed away during the academic year. Representatives from Staff Council, Alumni Relations, Faculty Senate, and Student Activities also were involved.

“This was an initiative that has been discussed for a while that SGA President Alexis Belvin wanted to continue this academic year,” said Aileen Dowell, Ph.D., associate vice president and dean of students. “We began benchmarking these types of memorial services with other schools and then pulled together these stakeholders to bring this initiative to life. Georgia Southern President Kyle Marrero has funded the sculpture and bench to designate a memorial location for the Statesboro campus and to mirror the SGA fountain at the Armstrong Campus.”

The ceremonies will include remarks from Marrero and Belvin and tribute performances from the Georgia Southern Symphony. Vice President for Student Affairs Shay Little will close the ceremony followed by light refreshments.

“I expect this ceremony will be a great way to honor and recognize all members of Eagle Nation, to show that our love and support of one another goes beyond the nest,” said Belvin. “I came up with a quote that feels appropriate: ‘Gone but still SOARING in our hearts.’”