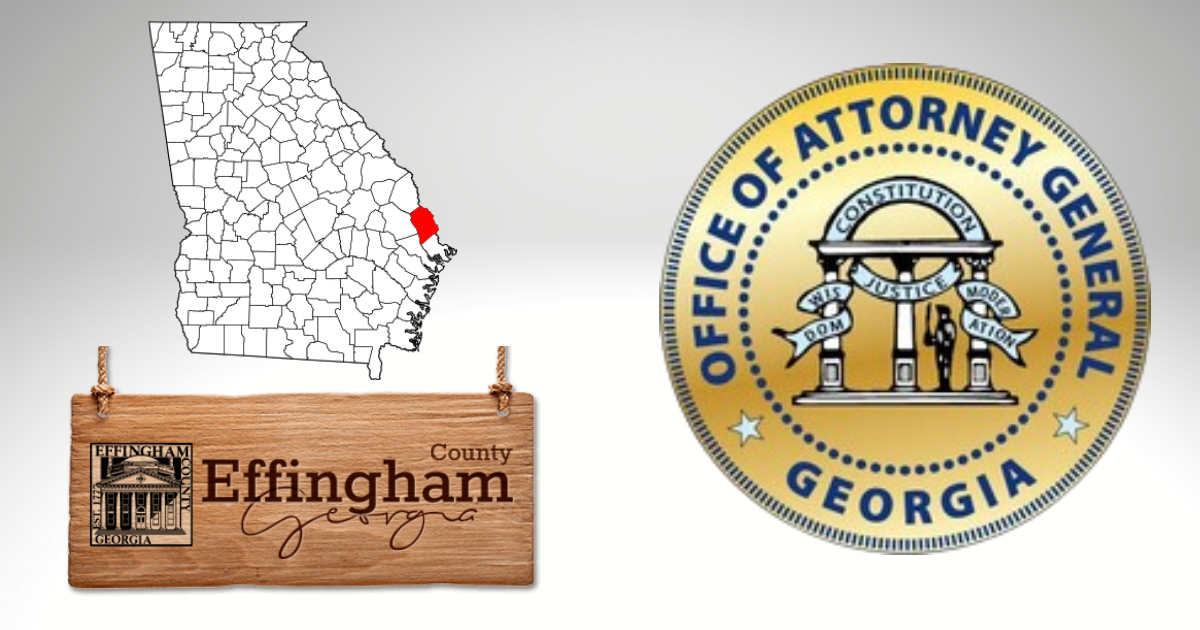 The Georgia Attorney General’s Office initiated a mediation with Effingham County after a media entity filed an Open Records Act complaint against the county.

TheGeorgiaVirtue.com filed a complaint in early April after a series of emails back and forth with county employees yielded inadequate records, an inaccurate statement about whether or not records existed, and an outright refusal to identify one of the documents the county did supply.

On March 21, 2022, TheGeorgiaVirtue.com filed an Open Records Request for employee salary & compensation/classification at two points in time (1/1/21 and 7/1/21) for county employees and Sheriff’s Office employees – for a total of 4 documents.

TheGeorgiaVirtue.com made a request based off of discussions in a public meeting and a compensation study conducted in the year matching the records sought. The county provided the documents to the company conducting the pay study.

Effingham County uses a portal which shields the name of the county employee communicating. On March 22, 2022, the response from ‘EFFINGHAMSUPPORT’ stated that the county was not required to create a report and did not otherwise maintain records of payroll and employee rosters for the Sheriff’s Office. The message stated that the Sheriff’s Office would need to be contacted.

(As a point of clarification: The Sheriff’s Office does not run payroll. The county maintains all payroll software. The county also maintains documentation regarding payroll dates, employee name, and compensation amount. TGV relied on the county’s submission of employee information to the Governor’s Office of Planning & Budget for a recent grant to confirm this. The Sheriff’s Office only submitted information to the county government as the ‘custodian.’ )

On March 23, 2022, TheGeorgiaVirtue.com filed a request with the Effingham County Sheriff’s Office for the exact same information.

On March 24, 2022, after clarification regarding which documents TGV needed, the Sheriff’s Office provided one of two requested documents before the close of business on a Thursday, noting that the other document would be provided on the following Monday. (The ECSO business office is closed on Fridays. The records officer stated she would need to reach out to the HR director on Monday to get the necessary information)

March 28, 2022 – As promised, the Sheriff’s Office provided the information as requested from 1/1/21. TheGeorgiaVirtue.com received an email which included the attachment and correspondence from the HR director to the Sheriff’s Office employee. In that email, the HR director attached the very document requested by TheGeorgiaVirtue.com one week prior, which county employees stated in writing did not exist.

The records provided by the Sheriff’s Office brought the total document count to three of four from the initial request.

On March 28, 2022, TheGeorgiaVirtue.com asked for clarification because the one document from the county/HR director provided on 3/22/22 did not detail the time frame for the data, (the document was simply titled ‘2021 budget’). The request was marked ‘completed’ and no response was ever provided, nor has any additional documentation been uploaded to fulfill the request.

Per OCGA 50-18-71(f), access to electronic records should not be restricted. It specifically states:

An agency shall not refuse to produce such electronic records, data, or data fields on the grounds that reporting data…will require inputting range, search, filter, report parameters, or similar commands or instructions into an agency’s computer system…so long as such commands or instructions can be executed using existing computer programs that he agency uses in ordinary course of business to access, support or otherwise manage the records for data.

“As a result of the county’s clear and purposeful negligence with regard to public records, the request was extended well beyond the necessary time frame, utilized resources from at least three different departments and agencies, and monopolized taxpayer resources in a display of deliberate disrespect for the law.

Had it not been for the transparency and thoroughness of the Sheriff’s Office, I would not have known the county lied about the documents in the first place. (For that reason, I want to be clear that my complaint does not pertain to ECSO in any capacity.) All of this is particularly troubling because the obfuscation on the part of the county has completely eroded the public trust in the process. Every citizen, media entity, and elected official that files a request for public records must now question whether or not the request has been fulfilled in its entirety.”

As of the publishing time, 43 days have passed since the last request was made to county employees for assistance.

Since TheGeorgiaVirtue.com began filing Open Records Requests related to the compensation study mentioned above on March 10, 2022, the county has:

The Attorney General’s Office received all of the documentation with the complaint.

Deputy Attorney General Jennifer Colangelo penned a letter to county attorney Lee Newberry on May 9, 2022 seeking a response regarding the claims and allegations.

Under Georgia law the Attorney General, as an independent constitutional officer, has the discretionary authority to enforce the Open Records Act and the Open Meetings Act. O.C.G.A. §§ 50-14-5(a), 50-18-73(a). The Attorney General does so through a mediation program where citizens may raise issues with the AG’s office regarding the Acts. The first line of action includes attempts for resolution, however, in the past, complaints filed by TGV have resulted in retraining exercises in Open Government for elected officials and county employees.

The Attorney General’s Office also reserves the right to pursue litigation in these matters where it deems doing so is appropriate.

The letter from the Attorney General and the complete complaint filed by TheGeorgiaVirtue.com is available below.