Trial in Case Against Effingham County Administrator Continued Once Again 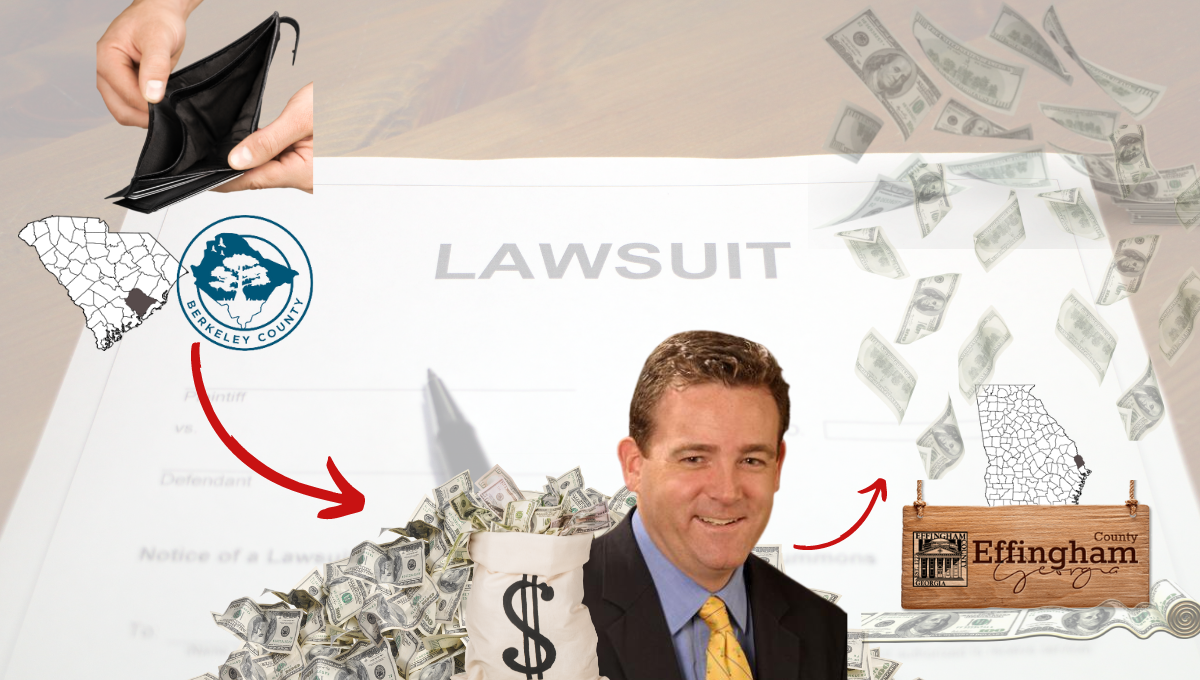 The trial in the civil suit against Effingham County Administrator Tim Callanan has been postponed once again.

Callanan is being sued by his most recent employer before Effingham County after what some say was a scandalous departure. Berkeley County government has accused Callanan of improperly taking more than $49,000 and requested that state law enforcement officials look into his actions.

Callanan worked as the Deputy Supervisor in Berkeley County, an appointed position in the county government. When Callanan’s immediate supervisor lost an election, he and Callanan both made plans to leave their posts. In doing so, Callanan took a $49,900 severance. But as soon as the checks were cashed, county officials in Berkeley County moved to have the funds returned, claiming they never voted to authorize the severences in the first place.

While Callanan’s severance with just shy of four years tenure in a government job is essentially unheard of, he and Peagler have both opposed the county’s position since Day 1. Their refusal to return funds prompted the county to file a lawsuit against both Callanan and Peagler. The lawsuit filed in Berkeley County, SC can be found here.

In it, the county suggests that the “illegal and bad faith scheme” totaling $49,900 was deliberate to skirt local procurement ordinances which regulate spending over $50,000.

A jury trial was requested and Callanan filed a countersuit alleging he is the target of Berkeley County because he’s actually a ‘whistleblower.’ Little evidence, however, has been produced to substantiate such a claim. Additionally, two years after the incident, independent investigations have not yielded any evidence or action against Berkeley County.

In June 2022, Berkeley County filed a Motion for Summary Judgment in hopes of dismissing a counterclaim filed by Callanan and Peagler. The county cited ‘no genuine issues of material fact’ because Callanan’s suit relies on a “Confidential Severance Agreement and Release of Claims’ ‘ document, which was never seen or approved by county councilors. Further, the county argues that Callanan and Peagler were in violation of state law when the document was executed and that the taking of funds was illegal. Subsequently, Berkeley County said, Callanan could not provide any evidence that the termination was done in retaliation.

A judge has not issued an order on that motion.

In 2020, Callanan was quoted saying “I was offered a legal severance by Berkeley County and I accepted it,” he said. “Any claim to the contrary is ridiculous. This suit is nothing more than an individual using taxpayers’ money to fund a personal vendetta.”

The Berkeley County elected officials, however, have since submitted sworn affidavits attesting to having no knowledge of the agreements on which Callanan acted. View them here.

Earlier in August, a judge once again ordered the case to go before a mediator. The court ordered the parties to try once again for a resolution by September 30, 2022 with a trial scheduled for the week of October 3 if one cannot be reached. This marks the fourth court order for mediation.

Callanan was hired by Effingham County Commissioners in August 2019, well after the claims of wrongdoing had been professed by Berkeley County and discussed in the media. It has prompted Effingham residents to ask what kind of research the county did in hiring Callanan and whether or not his previous employer was contacted.

Callanan’s compensation and employment contract, unlike other financial documents and the practices of other counties, have not been included in county commission meeting minutes or publicly available budget documents.

The contract was obtained by TGV through an Open Records Request and reflects that Callanan was hired on July 30, 2019 at a salary of $145,000. Also included:

Records with the Effingham County Tax Assessor’s Office do not reflect any property owned by Callanan in Effingham County. Beaufort County, SC records show a residence in Bluffton purchased by the Callanan’s in June 2020. The home is a little more than forty miles from the county offices with a drive time of upwards of an hour. Though not unusual to commute, Callanan’s contract with the county requires him to be on-call 24/7.

Review the contract below.