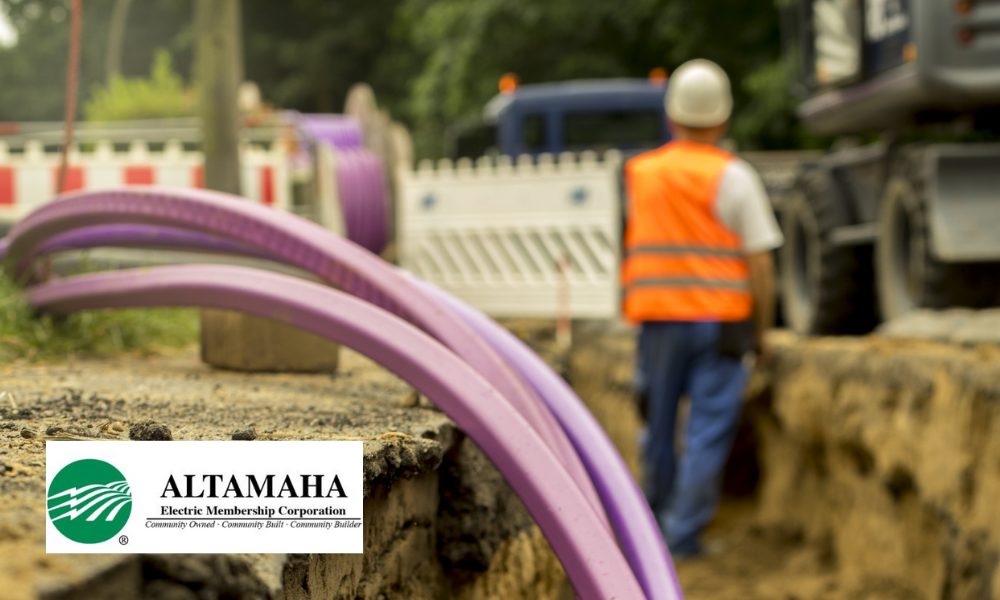 “This is great news for the people of southeast Georgia who have been in need of high-speed internet service,” said Governor Kemp. “Since signing Senate Bill 2 in 2019 which authorized EMCs to provide broadband, it’s been encouraging to see our state’s EMCs stepping up to help the communities they serve. Senate Bill 2 is helping us deliver on our promise to give communities more options to move the needle on expanding broadband service to all Georgians – not just those who live in densely populated areas.”

An estimated $29 million of the project was made possible by funds secured through the Federal Communications Commission’s (FCC), Rural Digital Opportunity Fund (RDOF), Phase 1 Reverse Auction, and the USDA’s ReConnect program.

Altamaha EMC has already begun construction of the fiber-to-the-premises network through the cooperative’s broadband affiliate, Altamaha Fiber, which will provide the broadband service. The project is expected to be complete within 3 – 5 years, with service available to some members as early as the end of 2021.

“Quality broadband access is key to competing in a 21st-century economy,” said PSC Commissioner Jason Shaw. “You can’t participate in e-commerce, education, or telemedicine without access to the internet. It’s that simple. I’m so pleased to be here today and grateful for the leaders of Altamaha EMC who are willing to provide this critical service to their members and community.”

“We’re embarking on a new journey for our co-op and members,” said Altamaha EMC General Manager Romanous Dotson. “We’ve listened to our members who say they are desperate for access to adequate broadband service. Very soon, they won’t have to visit a library, restaurant, or other public facility that has adequate service in order to do school work, shop, pay bills, or have a virtual visit with their doctor. This will be a huge and welcomed change for them.”