Hinesville, GA Ranks as One of the Poorest Big Cities in the Country 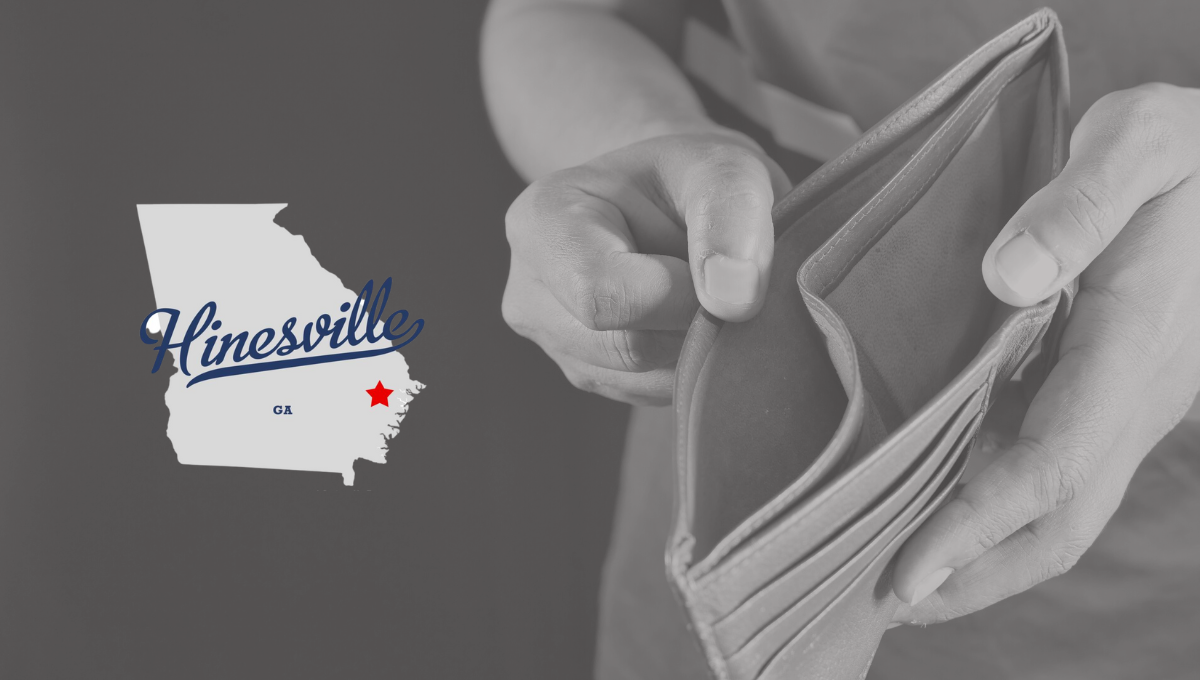 Large cities and metropolitan areas have long been hubs of economic activity and prosperity in the United States. Large employers that can pay enough to attract top talent from around the country often have operations in places like Austin, Chicago, New York, and San Francisco. As a result, these cities, and many others like them, have a high concentration of high-income residents. But while some American cities stand out for the economic opportunity they offer, many others are notable for the opposite reason.

There are 384 metropolitan areas in the United States, and in dozens of them, incomes are far lower than average, and serious financial hardship is widespread.

The typical household in the Hinesville metro area in Georgia earns $49,733 a year – the 33rd lowest among the 384 U.S. metropolitan areas with available data, and about $19,980 less than the national median household income of $69,717.

Hinesville also has a higher-than-average poverty rate. An estimated 19.3% of the metro area population live below the poverty line, compared to 12.8% of all Americans nationwide.

Across broad populations, incomes tend to rise with educational attainment, and in the Hinesville area, only 20.8% of adults 25 and older have a bachelor’s degree or higher, compared to 35.0% of all Americans in the same age group.

All data in this story is based on one-year estimates from the U.S. Census Bureau’s 2021 American Community Survey.