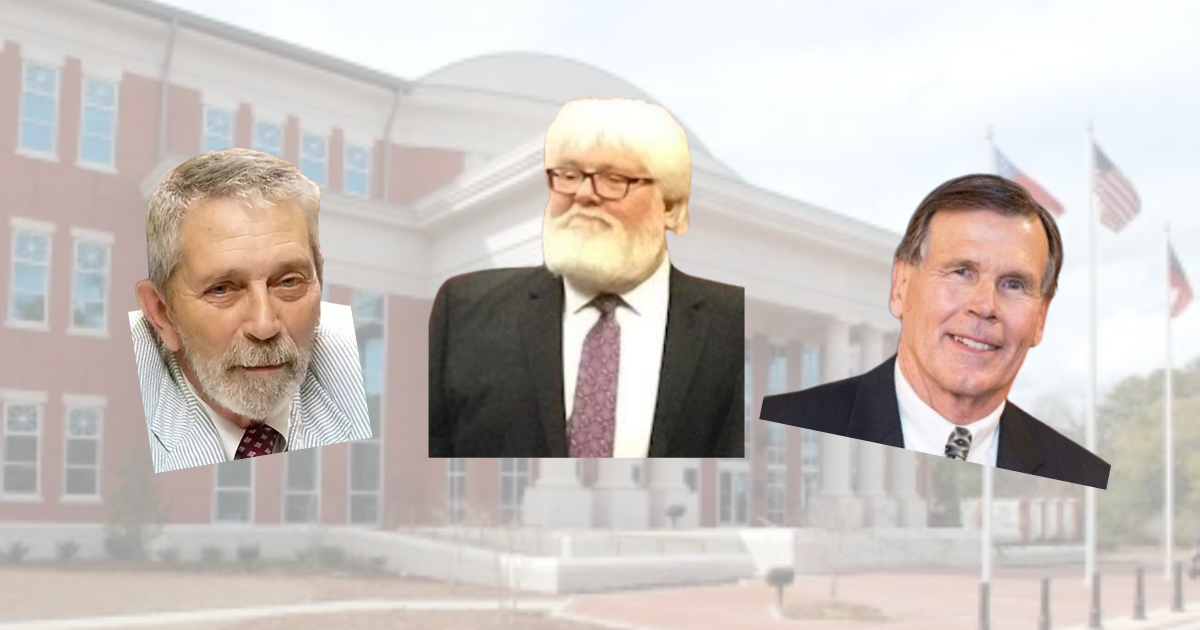 Five months worth of convictions, pleas, orders, and other adjudications on criminal and civil matters could be tossed out in Effingham County State Court over the legitimacy of the state court judges.

That’s what at least one defendant in Effingham County State Court contends based on how those judges attained the positions in the first place.

The contentions, which are seemingly supported by state law, suggest that the cases heard in the court since January 2022 were not heard before a judge who was lawfully -by state statute or constitutional standards – presiding over the proceedings.

Longtime Effingham County State Court Judge Ronald (Ronnie) Thompson made the short list of contenders for appointment to the Superior Court in the Ogeechee Judicial Circuit after the legislature created a fourth seat for the four-county circuit encompassing Bulloch, Effingham, Jenkins, and Screven counties.

Just before his departure, Thompson signed a Standing Order appointing three individuals as ‘pro tem’ state court judges. State law permits a state court judge to appoint pro tem judges for temporary absences for matters such as illness, vacation, etc. The pro tem appointments follow the duly elected state court judge for either the term of the order or, in the event of a standing order, until the state court judge vacates his/her office.

Under Georgia law, when Thompson was sworn in by Governor Kemp, he left a vacancy in the State Court, which is an elected position. At that time, Governor Kemp could have appointed someone to serve as the State Court Judge for a two-year term, before returning the decision back to the voters, but such a process was not initiated prior to qualifying opened for the May 24th primary election.

In the interim, the pro tem judges appointed by Thompson have continued to serve as state court judges. One pro tem judge, Stephen Sims, qualified in the election to fill the vacancy for a full four-year term, but ultimately, Effingham County voters decided 56.78% to 43.22% to elect Steve Yekel as the next State Court Judge.

Yekel’s four-year term in office will not begin, however, until January 1, 2023.

Mid-December 2021, word spread that Judge Thompson would be elevated to the Superior Court bench by appointment by Governor Brian Kemp.

On December 31, 2021, Judge Thompson made a Request for Judicial Assistance from the City of Springfield where Judge Grady K. Reddick is the municipal court judge.

January 11, 2022 – The Statesboro Herald reports that Thompson told a reporter that since his (Thompson’s) term expires at the end of 2022, ‘the governor will probably appoint someone to serve out the year, and candidates can qualify to seek a full term.’

Also on January 12, 2022, Judge Thompson issued a Standing Order in which he ordered that Reddick, Sheppard, and Sims “shall preside as State court Judge by designation in all cases, and shall exercise the same jurisdiction, power, and authority as the said Judge Ronald K. Thompson, as provided by general and local law, until further order.”

Note: Judge Grady Reddick serves as the municipal court judge in Springfield and as the duly elected State Court Judge in Screven County while Judge Donald Sheppard serves as the Juvenile Court Judge for the Ogeechee Judicial Circuit*, having been appointed by the Superior Court Judges in the Ogeechee Judicial Circuit. Sims, however, was not a serving judge anywhere until he was appointed as a pro tem judge in Springfield.

Kemp swears in Thompson as a Superior Court Judge on January 18, 2022.

What Should Have Happened

OCGA § 15-7-23 reads that “in the event of a vacancy in the office of judge of the state court for any reason except the expiration of the term of office, the Governor shall appoint a qualified person who shall serve as provided in Article VI, Section VII, Paragraphs III and IV of the Constitution.”

And, as previously mentioned, Thompson’s comments to the Herald on January 11 reveal his own understanding of the statute governing vacancies to be the same.

Instead, from January 18, 2022 to present day, each state court proceeding – whether civil or criminal – has been before a judge who may lack jurisdiction to preside over those cases.

Repercussions for Effingham County if defendants begin challenging their convictions or pleas could result in considerable costs expended by the county in both actual fine and fee repayment and personnel resources necessary to remedy files and records of any wronged party.

Governor Kemp could still appoint someone – be it Yekel by default or another individual by preference. It is unlikely, however, especially during an election season of his own, that Kemp would override the will of the Effingham voters from the May 24 primary election.

Similarly, due to the vacancy created by Thompson’s departure, the default judicial officer of the court is Chief Superior Court Judge Gates Peed. He could appoint an individual to serve as State Court Judge through the end of the year until Yekel is sworn in on January 1, 2023. That appointment could be Yekel or any other person Peed deems qualified.