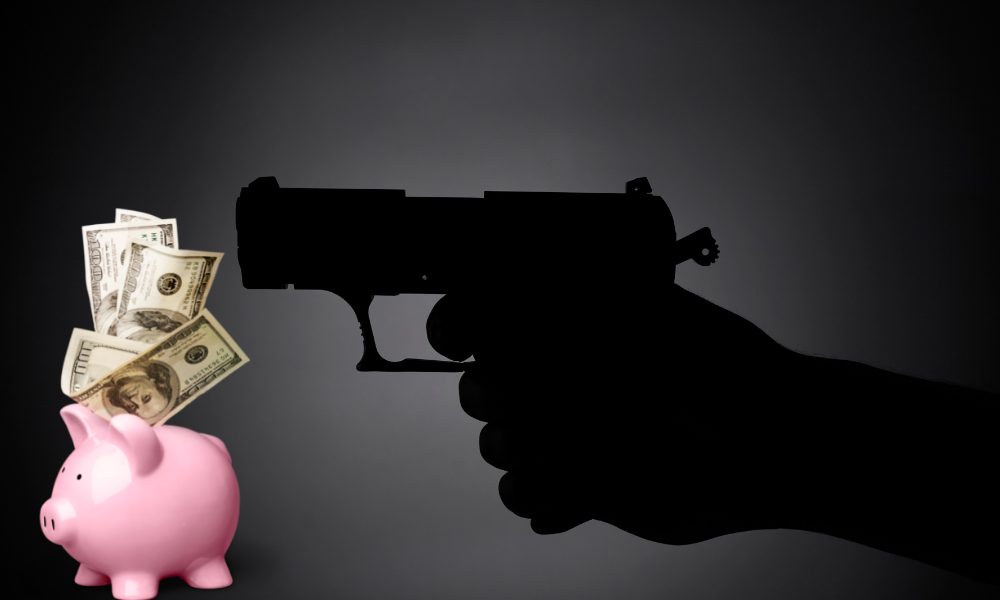 The President recently submitted his Budget for Fiscal Year 2022 to Congress which included $35.3 billion for the Department of Justice (DOJ).

“This budget proposal advances the Justice Department’s three overarching goals: keeping Americans safe, adhering to the Rule of Law, and seeking equal justice under law for everyone,” said Attorney General Merrick B. Garland. “These funds will strengthen our ability to counter international and domestic terrorism, support our efforts to curb violent crime, enhance our enforcement of voting rights and other civil rights laws, protect our nation from cyber-attacks, and double our resources dedicated to addressing gender-based violence and the support of survivors of domestic violence and sexual assault. Our request will increase public safety through investments in policing and criminal justice reform, as well as by dedicating funds to combating gun violence. Importantly, this budget makes a down payment on improving access to justice, a prerequisite to equal justice. The department looks forward to working with members of Congress on both sides of the aisle to help secure its timely passage.”

At the Department of Justice, the Budget would provide:

As the Nation’s top law enforcement agency, the Department of Justice is devoted to a broad-scale approach to counter the threat of both international and domestic terrorism. While the United States has seen unprecedented and troubling levels of domestic violent extremism, the department and its law enforcement agencies remain acutely aware of the threats posed by international terrorist organizations. The budget request includes increased funding for the Federal Bureau of Investigation, the principal DOJ law enforcement agency charged with combating terrorism, to conduct domestic terrorism investigations, and for the U.S. Attorneys to manage increasing domestic terrorism caseloads. Further, the budget will support additional response capabilities at the U.S. Marshals Service and support research on the root causes of domestic radicalization at the National Institute of Justice.

The Department is committed to addressing the epidemic of gun violence and other violent crime that has taken the lives of too many people in our communities. As part of the department’s recently announced strategy to reduce violent crime, including through grantmaking opportunities, the budget request establishes innovative new grants for States to incentivize Red Flag and Gun Licensing Laws; creates a new $100 million Community Violence Intervention Initiative to tackle gun violence in our neighborhoods; provides grants for Project Safe Neighborhoods, and expands ATF’s Crime Gun Intelligence through the National Integrated Ballistic Information Network. A new pilot program promotes the development, adoption and use of programs designed to help communities address situations where people become legally prohibited from possessing the firearms they own.

Protecting our Nation’s civil rights is a top priority for the Department, as far too many of our citizens still face discrimination. To help protect marginalized communities, the budget request includes funding to re-establish the Office for Access to Justice, and increases funding for the Civil Rights Division, the Community Relations Service, the Office of Justice Programs and the Office on Violence Against Women. These funds will support the enforcement of voting rights and the protection of constitutional and civil rights; mediation and conciliation services for community conflicts arising from discriminatory practices; the prosecution of hate crimes across the nation, especially in communities uniquely impacted by bias, xenophobia and hate driven by the COVID-19 pandemic; and other civil rights activities.

The Department’s budget request addresses the need to ensure equal justice for all Americans. The budget request prioritizes improving community relations through the Office of Justice Programs. The budget request establishes new programs for community-based alternatives to prison, expands the Part B Formula Grants, and increases funding for the Second Chance Act program. The Department will implement Executive Order 14006 by transferring Federal Prisoner Detention detainees from privately operated to alternate State, local, and Federal facilities with an additional $75.0 million. Finally, the budget continues the historic investment of $409.5 million by the Bureau of Prisons in the First Step Act.

The FY 2022 budget invests over $1.6 billion to address inequities in the criminal justice system in America, an increase of $669.3 million over FY 2021 levels.

Creating strong, positive ties between law enforcement and the communities they serve is critical to making the Nation’s communities safer and to rooting out systemic inequities in the justice system. Providing resources to police departments to help them reform and gain the trust of communities is a priority of this Department and this Administration. The department’s budget addresses the need to further strengthen relationships between communities and police officers by hiring local police officers and investing in racial sensitivity, hate crime and implicit bias training.

The FY 2022 budget invests a total of $1.3 billion to support law enforcement agencies, including through programs that support community-oriented policing policies and practices, as well as training for law enforcement on racial profiling, de-escalation and the duty to intervene. This is a $379.8 million increase over the FY 2021 level.

The Department is committed advancing environmental justice and supports the President’s Executive Order 14008, “Tackling the Climate Crisis at Home and Abroad.” The Executive Order establishes a “whole-of-government” approach to addressing the climate crisis and formalizes the government’s commitment to environmental justice. The budget request includes increased funding for the Environment and Natural Resources Division to expand its use of existing authorities in affirmative cases to reduce greenhouse gas emissions and address the impacts of climate change and to continue defensive and other work related to climate change. In addition, the Bureau of Prison will invest in energy saving modernization and repair projects to replace aging equipment with energy efficient models, resulting in reduced energy costs and consumption, as well as other environmentally-sound operational benefits.

The FY 2022 budget invests $177.5 million in new resources to reduce the immigration court backlog, as well as create the Legal Representation for Immigrant Children and Families Pilot, which supports the enhancement of legal representation of immigrant children and families who seek asylum and other forms of legal protection in the United States after entering at the borders.

This is a press release from the U.S. Department of Justice