Ossoff on Mistreatment of Military Families in Privatized Housing 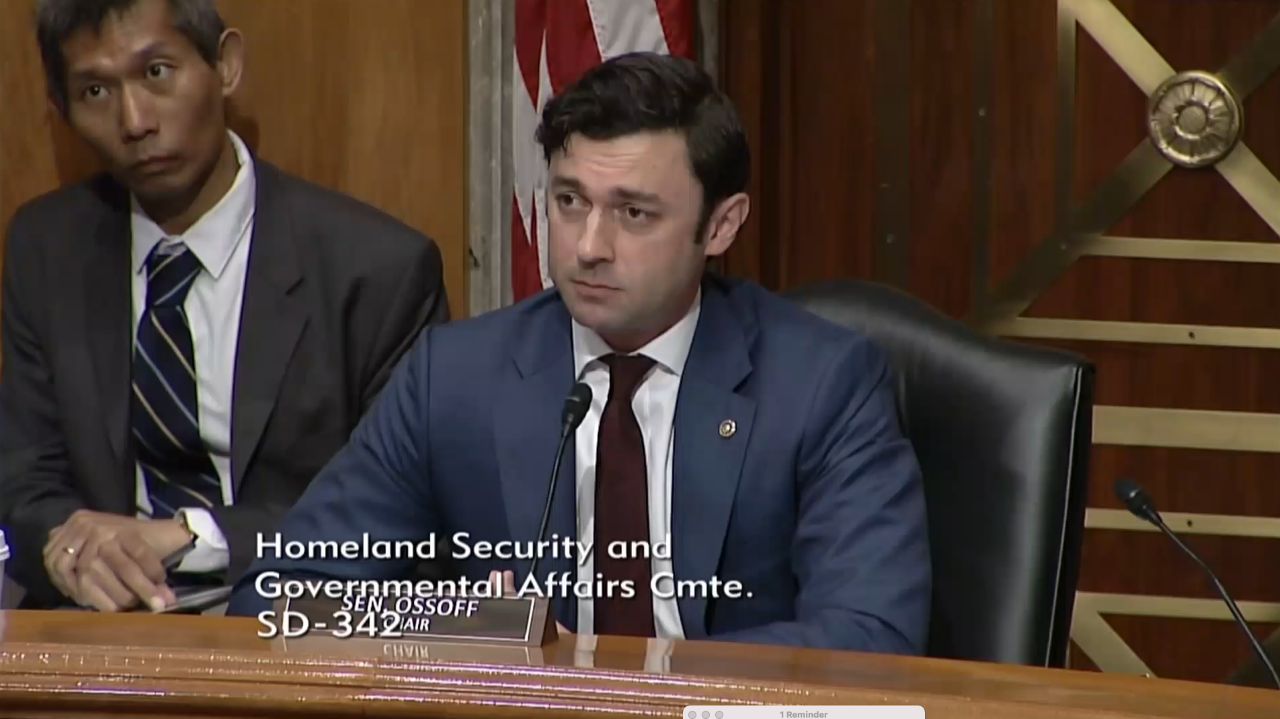 CHAIR OSSOFF: “The Permanent Subcommittee on Investigations will come to order. Thank you all for your attendance. Thanks to the public tuning into these proceedings. Ranking Member Johnson, thank you for all of your work, as our staffs and we have collaborated on this investigation focused on the mistreatment of military families in privatized housing on U.S. military installations.

“In the mid 90s, when the Department of Defense commenced the privatization of military housing, it was envisioned that this initiative would lead to better outcomes for military families; safer, more reliable living conditions, healthy homes, affordable housing available to families living on and around U.S. military installations.

“For years, however, this program has been plagued by problems.

“And when I visited Fort Gordon in the first few months of my term in the Senate, I asked the Command if I could sit down with families on Post to hear about their experiences living in privatized housing managed by Balfour Beatty at Fort Gordon.

“And those families at Fort Gordon, they asked me to take action.

“And so, using my authority as the chair of the Permanent Subcommittee on Investigations, and working closely in a bipartisan way with my colleague, Ranking Member Johnson, who in his past capacity chairing the Homeland Security Committee, has led substantive oversight investigations of related matters, we embarked upon an eight-month intensive investigation looking into these allegations of mistreatment of military families at U.S. installations.

“We focused on Fort Gordon in Georgia and Sheppard Air Force Base in Texas. And the results of this investigation are alarming, are disturbing, reveal injustice imposed on servicemembers and their families, reveal grave risks to the health and safety of servicemembers and their families, reveal neglect by Balfour Beatty, which is responsible for housing tens of thousands of military families, and reveal not just neglect, and in my view, misconduct and abuse, but neglect, misconduct, and abuse that persisted even after Balfour Beatty pled guilty to a scheme to defraud the United States between 2013 and 2019.

“Today, we’re going to hear from servicemembers who have joined us to share their personal family stories of living in Balfour Beatty housing. We will hear from advocates, military spouses, who will share what they’ve learned from their personal experiences and advocating for the families who live on Post and live on installations across the United States. And then we will ask tough questions of senior executives at Balfour Beatty, demand answers and accountability.

“Again, I want to emphasize this has been a bipartisan effort from start to finish. Ranking Member Johnson has been a great partner in this effort. I thank my staff and his staffs for their tireless work, reviewing tens of thousands of pages of records, interviewing dozens of witnesses.

“I thank our witnesses for joining us today, in particular the servicemembers who I’ll introduce after our opening statements, who have come to share their stories, who have displayed the bravery, courage and dedication that we know and expect from those who serve in the Armed Forces, and are doing a great public service, by joining us today and sharing their stories.”

Georgia’s largest city is a decent incubator of businesses, but they often struggle to survive