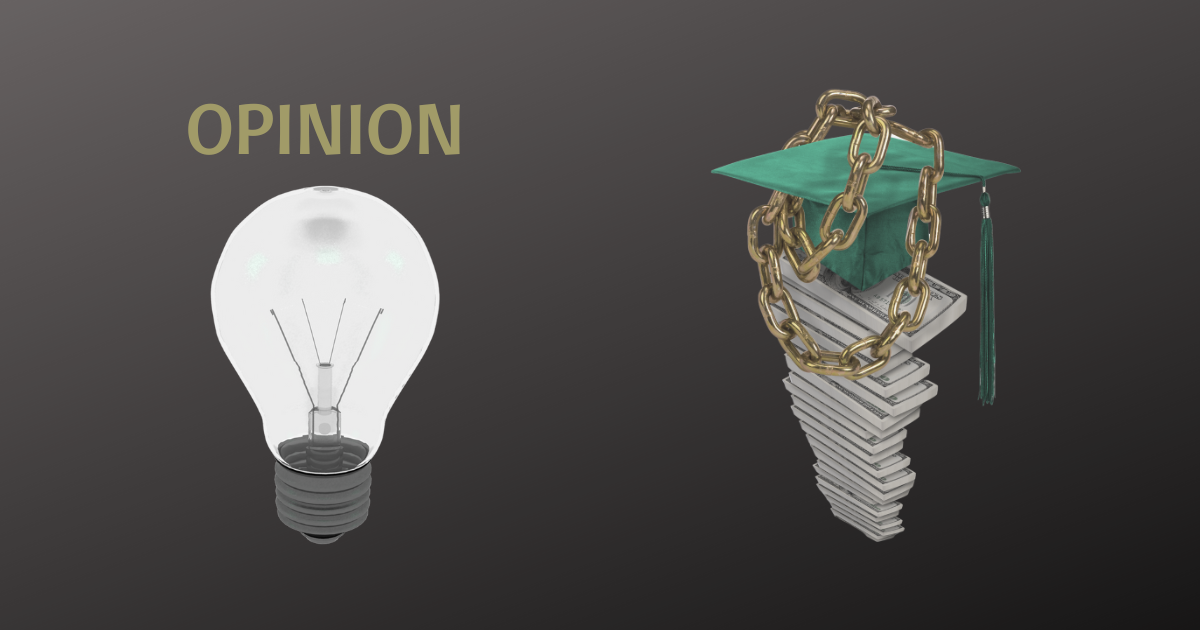 The following article is an opinion piece and reflects the views of the author and not those of TheGeorgiaVirtue.com.

Reading the tea leaves, it appears that it is only a matter of time before the Biden administration pulls the trigger on broad student loan forgiveness. The administration has already taken steps in this direction and is under intense pressure from activists to go bigger. However, to give in to this pressure would be a mistake: Student loan forgiveness is trickle-down economics dressed up in progressive clothes, and large-scale forgiveness would be a disaster for economic equality – especially in my home state of California.

Take Los Angeles, for example, where housing prices have already soared during the pandemic. One of the reasons for this is that new homebuyers used stimulus checks and pandemic savings to buy a house. Research is showing this price growth was disproportionately driven by college-educated remote workers wanting bigger homes during the pandemic. Debt forgiveness would throw fuel on the fire, as young lawyers and business executives would suddenly be freed from student debt and could use their very high incomes to outcompete others for a very limited inventory of properties. Given our city’s reluctance to embrace drastic policy reform to increase housing supply, housing prices will simply keep going up, pricing out even more low-income individuals from our city.

During the pandemic, the divide in Los Angeles was stark. College-educated Angelinos could work from home and avoid COVID exposure. Non-college-educated Angelinos had to work in person, exposing their family to the virus. Now, these workers are feeling the sting of inflation, partly because generous government stimulus in 2021 turbocharged inflation as more money chased the same amount of goods. Analysts predict loan forgiveness will do the same in 2022, helping the college-educated while hurting the most marginalized.

Student debt in America is a genuine crisis, but there are better, more permanent solutions to the student debt crisis. Writing checks to cover the balance of current and former students alike would only shift the debt burden from those students onto the rest of the country. Why not start by fixing the structural flaws in higher education that led to the crisis in the first place?

The cost of higher education has risen to insane heights. The U.S. pays $31,600 a year for every student in higher education, almost double the $16,200 that other OECD countries pay. At the same time, colleges are increasingly creative in advertising master’s degrees that cost a fortune while providing almost no job market for graduates. We should seriously reconsider the current system’s implicit assumption that master’s degrees from elite schools are worth subsidizing with minimal scrutiny. We should stop underwriting graduate programs that are tangibly harming students while exploring whether cheaper alternatives like coding bootcamps can produce better outcomes. Broad-based reforms like these will make all job-seekers better off in the long run. However, student loan forgiveness won’t solve these problems – it’ll merely be a windfall for those currently holding debt. And this is no secret. A 2020 poll of economists did not find a single one who supported student loan forgiveness on the merits.

Why is this? Simply put, loan forgiveness would be an extremely regressive policy. The Brookings Institution has found that only 2% of student debt is owed by those in the lowest 20% of earners. After all, those who make the least amount in the labor market tend to have not attended college. On the flip side, approximately two-thirds of college debt belongs to borrowers in the top 40% of income earners. The same analysis found that college debt holders are significantly better off than those who own mortgage debt. Many large borrowers went to elite private undergraduate schools; others went to professional graduate schools. A full 10% of student debt is held ONLY by doctors, lawyers, and MBA grads. No one thinks these are truly disadvantaged in our society. So why are we considering bailing them out?

In an attempt to doge this critique, advocates of student loan forgiveness cite research showing that it would benefit Americans with fewer assets. However, this analysis is highly deceptive: These asset calculations include the student debt held by these borrowers without accounting for the boost to future earnings these degrees will earn them. It’s the equivalent of looking at mortgage debt without looking at the value of a house! Income is a far better measure of well-being in almost all policy conversations.

If we are serious about creating equal opportunities for the economically marginalized, there are numerous bi-partisan policies we should consider right now. We need to prioritize long-term reforms that bring down the cost of housing, healthcare, and education. Embracing student loan forgiveness is severely misguided and won’t solve anything. Economic progressives should aim higher.

By Thomas Irwin via TheCenterSquare. Irwin works for a faith-based non-profit in Los Angeles focused on economic development. He lives in East LA.