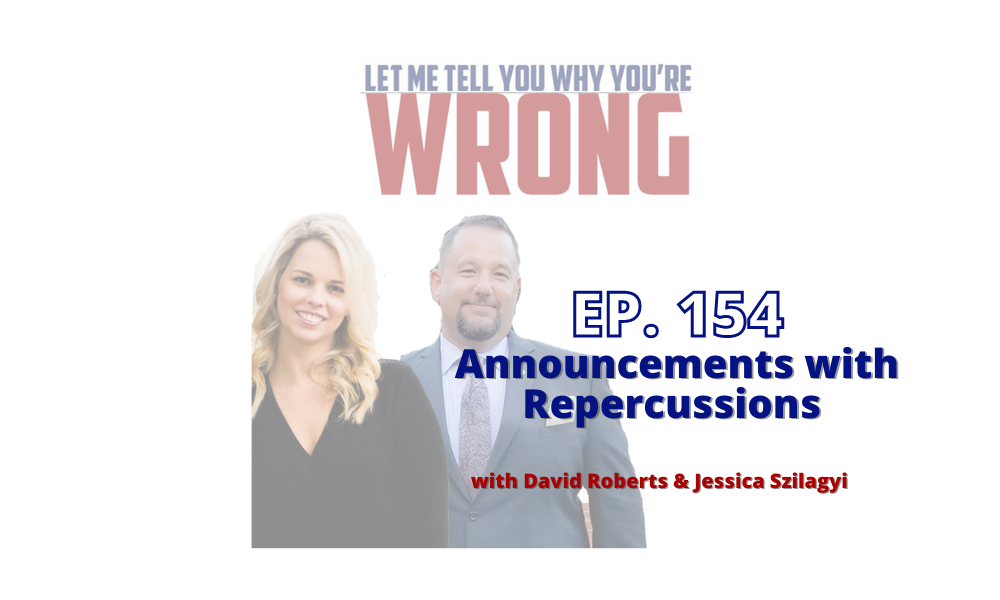 In this week’s episode of the Let Me Tell You Why You’re Wrong Podcast, Dave & Jessica discuss the Gamestop Stock Shorting issue, the continued colossal meltdown of attorney Lin Wood, the COVID vaccine repercussions at the Medical Center of Elberton, and last week in the Georgia legislature.

Jessica Szilagyi is a Content Creator for The Georgia Virtue. She focuses primarily on state and local politics as well as issues in law enforcement. She has a background in Political Science with a focus in local government and has a Master of Public Administration from the University of Georgia. Jessica is a “Like It Or Not” contributor for Fox5 in Atlanta and has two blogs of her own: The Perspicacious Conservative and “Hair Blowers to Lawn Mowers.”