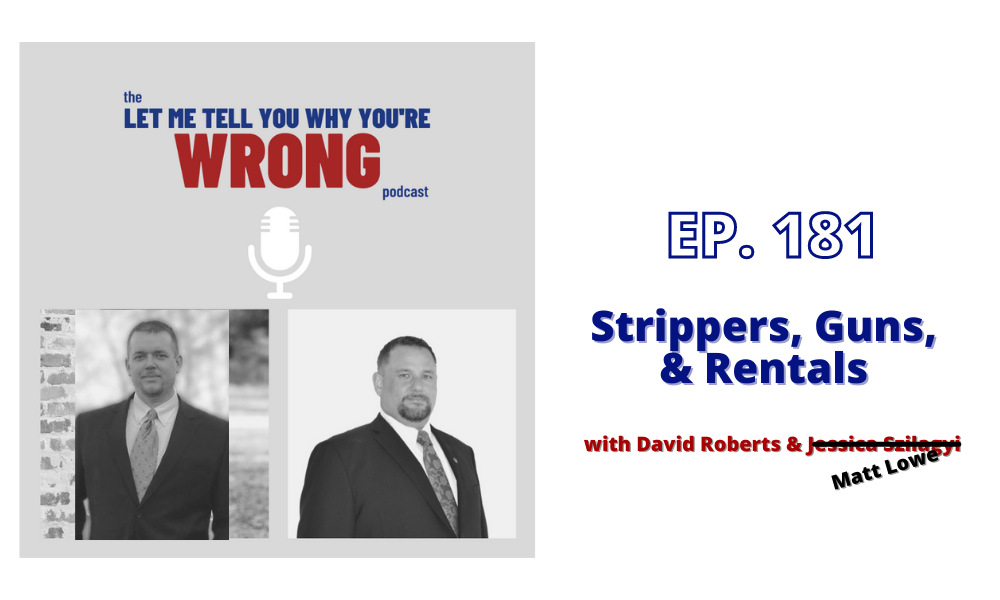 In Ep. 181, Matt Lowe fills in for Jessica and joins Dave to discuss the undercover strip club visit by Tampa police, a California councilwoman getting a new front end, the renewed war on landlords, and the new Surf and Turf podcast by Matt and Dave.

In Ep. 181, Dave & Matt discuss the undercover strip club visit by Tampa cops, a California councilwoman getting a new front end, the renewed war on landlords, and the new podcast by Matt and Dave