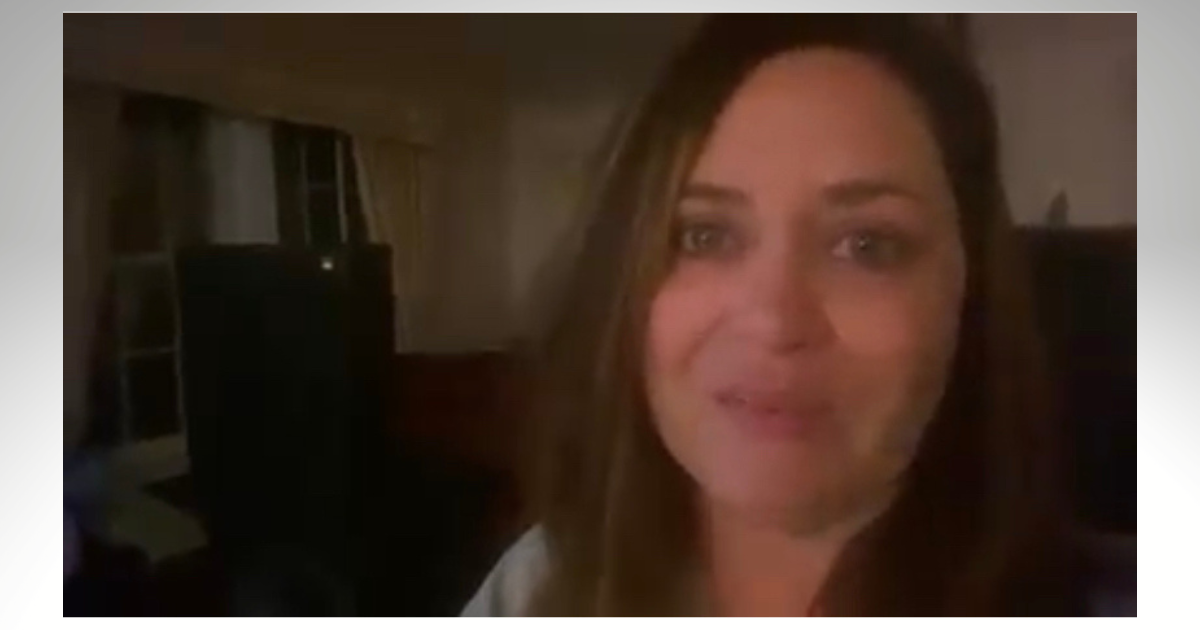 Taylor posted on social media after  2:00 a.m. Tuesday, describing the event as traumatic and “evil.”

Swatting is the practice of calling emergency services in an attempt to bring out a large number of police officers to a particular address. While some view the practice as a prank, the elevated danger associated with it has, in recent years, led it to be classified as a form of criminal harassment. In various incidents, both law enforcement officers and innocent homeowners have been injured or killed.

Taylor said she was in the shower when one of her children came in crying hysterically about the law enforcement presence surrounding their cars and home. Two of her children had been awakened by the commotion outside.

“In my Sheriff’s defense, they thought they were protecting me because they had a call, voice to text, a female voice saying that they had shot their husband five times and was going to shoot themselves. So they came with all their weapons, rifles pointed at my house, ready to shoot.”

I was just swatted. pic.twitter.com/MtBhXJCpuT

Taylor said she called an investigator who told her to call 911 and speak to dispatch. The dispatcher, according to Taylor, informed her of what had been reported to law enforcement.

“I’ve had people that were murdered because they stepped out their front door with rifles pointed at that them killed them,” Taylor said of swatting. “I’m telling you right now this is wrong. I don’t care what political party you are. This is evil. This is wrong. This is not OK.”

Taylor said she recorded the entire event at her home in rural southeast Georgia’s Appling County.

Taylor is no stranger to controversy. As a Trump supporter and political candidate herself, Taylor has been outspoken on the issues of voter fraud, the 2020 election, healthcare, the role of government, and, most prominently, ‘Jesus, Guns, and Babies,’ which she coined as part of her platform. Last week, however, Taylor became the target of pundits who suggested she was supportive of the bombing of the Georgia Guidestones because, during her campaign, she had promised to tear them down via executive order. Taylor has denounced any deliberate bombing of the monument, but said she saw no evidence of anything other than an ‘act of God.’

Though it began in the online gaming community, swatting has expanded to the political realm in recent years. Just last week, former White House Chief Strategist Steve Bannon’s Washington, D.C., townhome was swatted over a false report that an armed man had shot someone inside. The same day, a man was arrested for the practice in New Jersey and a family in Florida was ordered out of their home by a SWAT team following a series of prank calls.