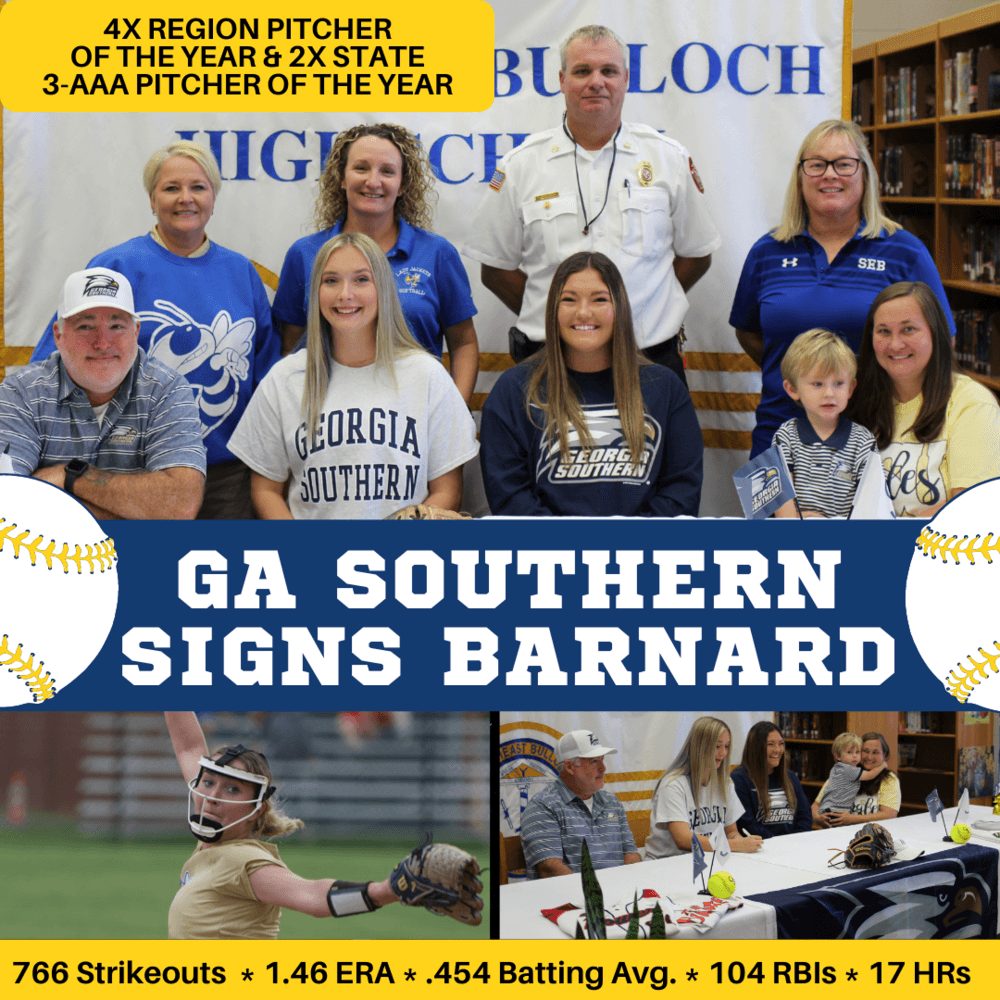 Alana Barnard, 17, the daughter of Robbie and Heidi Barnard of Brooklet, is a four-time Region 3-AAA and two-time State AAA pitcher of the year. During her signing ceremony remarks, she said she had worked and dreamed for this moment since eighth grade.

“It’s a pleasure to talk about Alana, and what she’s meant to our team, ” said SEBHS Head Softball Coach Aimee Civalier.”She helped lead SEB Softball to the final four in 2021.”

Civalier shared some of Barnard’s statistics from the team’s state playoff journey: led the offense with a .534 batting average; 13 home runs; 43 RBIs; led the defense with a .894 earned run average; and 247 strikeouts.

“I tried to film and post Alana’s strikeouts to social media during a game,” said Mark Oliver, SEBHS’s athletic director. “But she was striking batter’s out faster than I could film and upload the videos, so I had to stop.  She ended up having 17 strikeouts during that game.”

According to a statement released by Georgia Southern Athletics on Wednesday, the Eagles’ head softball coach, Sharon Perkins, was quoted as saying, “Alana is not your typical pitcher, she’s an all around competitor. Not only does she have good speed and locates her pitches well, but she fields her position well and I’ve even seen her make some amazing diving catches outside the circle. She also has proven to have power at the plate. She was key in leading Southeast Bulloch to the Georgia High School State Tournament.”

Georgia Southern Athletics announced Wednesday that Barnard was one of four new signees that include outfielder Emma Davis from Grayson High School, pitcher Bailey Holland of Vidalia High School and catcher/utility player Baileigh Pitts of Ringgold High School. According to the University’s release, these are the first signees for Coach Perkins at Georgia Southern since becoming the program’s new head coach in May.