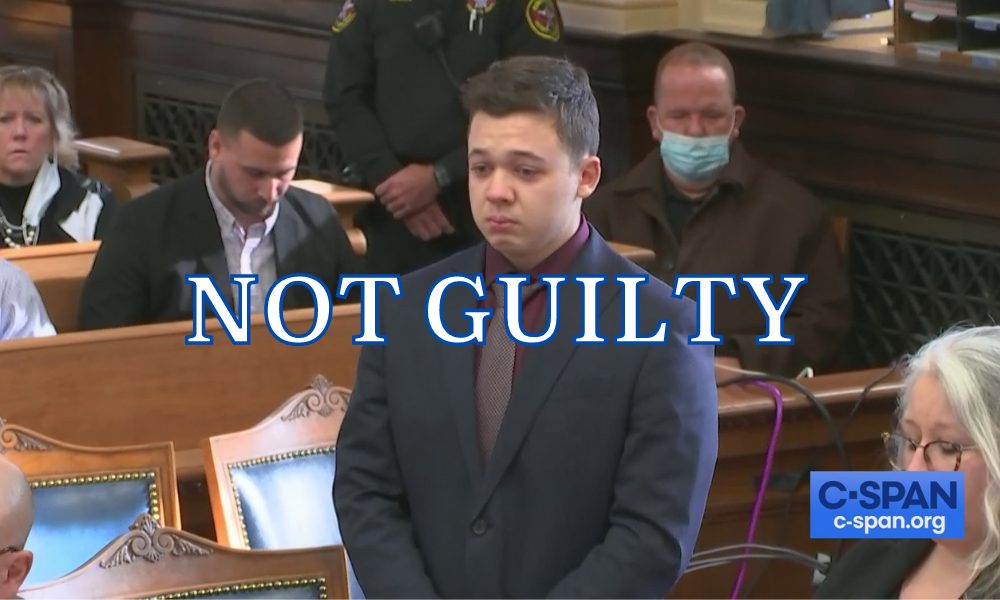 (The Center Square) – A jury found Kyle Rittenhouse not guilty Friday on all five counts against him in the 2020 shootings that killed two men and injured another during rioting in Kenosha, Wisconsin.

Rittenhouse shook and broke down in tears before collapsing to the defense table as the not guilty verdicts were read, one by one.

Judge Bruce Schroeder ordered him released from custody on the 15th day of the trial and the fourth day of deliberations.

Rittenhouse, 18, faced life in prison if he was convicted of the most serious count, first degree intentional homicide. Throughout the trial, Rittenhouse and his defense attorneys argued self defense.

David Hancock, spokesperson for the Rittenhouse family, said outside the courthouse the verdict was “one of relief. It’s been a long road. We believe that that was the right verdict.”

Hancock said he thought the jury was “just being very careful” in taking four days to reach a verdict.

“Kyle now lives his life as a free young man, as an innocent men, which he is,” he said, adding that Rittenhouse plans to attend college now that he has been cleared.

Hancock added: “There’s no spiking a football. Two people did lose their lives.”

The shootings occurred August 25, 2020, during Kenosha’s final night of violence in the wake of a police shooting of Jacob Blake, who is Black. A Kenosha police officer shot and wounded Blake on Aug. 23, 2020. Police were trying to arrest Blake that day for violating an order of protection. He was at his ex-girlfriend’s home. She had accused Blake of sexual assault not long before.

Rioting broke out in Kenosha in the nights after the police shooting.

Rittenhouse, an Illinois resident who was 17 at the time, said he and a friend traveled to Kenosha to protect local businesses from rioters and provide medical assistance to anyone needing it during the unrest. Armed with an AR-15 semi-automatic rifle, Rittenhouse shot and killed Joseph Rosenbaum and Anthony Huber and injured Gaige Grosskreut.

Rittenhouse said the men attacked him and he was acting in self-defense. The case drew national attention and spurred debate about the protests and riots, and what constitutes self defense.

Rittenhouse took the stand last week and said he fired only because he feared for his life. Video from the scene showed Rosenbaum chasing Rittenhouse through a parking lot and throwing a plastic bag at him. Shortly after the Rosenbaum shooting, video showed Rittenhouse running and tripping. Huber lunged at Rittenhouse and swung a skateboard at his head. Grosskreutz admitted on the stand that he pointed his handgun at Rittenhouse before Rittenhouse shot and injured Grosskreutz.

Hancock said it was Rittenhouse’s decision to take the stand, a decision that many legal observers questioned during the trial.

Prosecutors argued that Rittenhouse lost his claim to self defense because he showed up in Kenosha on that night with a rifle.

Rittenhouse’s lawyers said it was legal for Rittenhouse to have the rifle, and argued it was illegal for the crowd to attack Rittenhouse.

“To say that we were relieved would be a gross misunderstanding,” Rittenhouse Defense Attorney Mark Richards said in a statement. “… He has a huge sense of relief for what the jury did to him today. He wishes none of this would have ever happened.”

Lead prosecutor Thomas Binger said he was disappointed with the verdict butthanked jurors.

“While we are disappointed with the verdict, it must be respected,” Binger said in a statement. “We are grateful to the members of the jury for their diligent and thoughtful deliberations. The Kenosha community has endured much over the past 15 months, and yet we remain resilient and strong. We ask that members of our community continue to express their opinions and feelings about this verdict in a civil and peaceful manner.”

Wisconsin Gov. Tony Evers ordered 500 National Guard troops to be ready to move into Kenosha if protests or violence break out as a result of the verdict. Kenosha schools also reverted to remote learning out of concern of potential violence.

By Benjamin Yount and Dan McCaleb | The Center Square