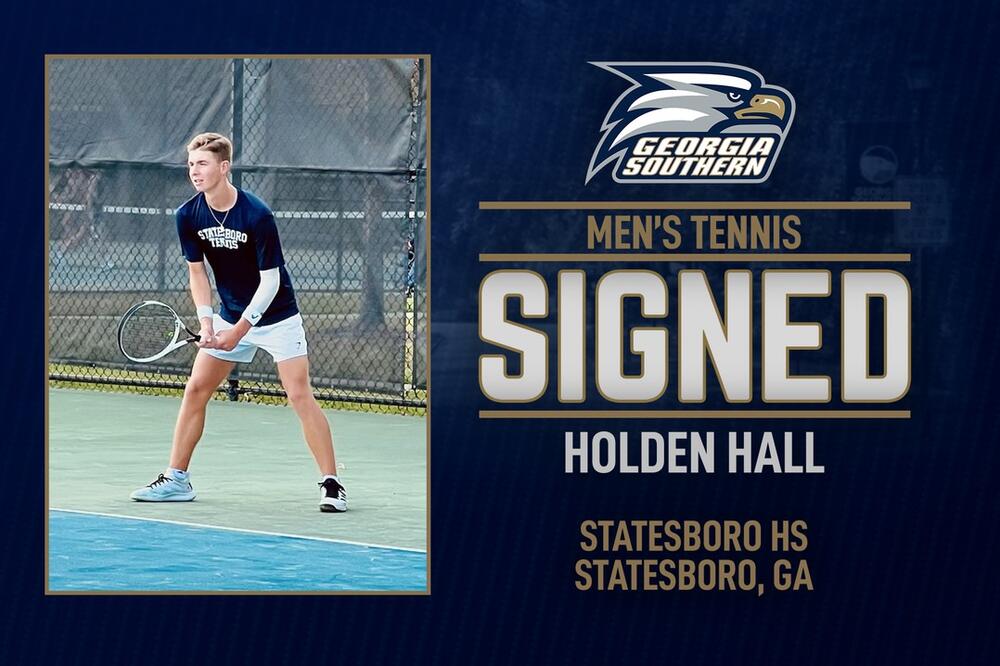 Ranked in the top-25 of Georgia’s individual tennis players, Hall plays first singles for the Statesboro Blue Devils where he currently has a career record of 40 wins and only one loss. For the past three years he has been named to the First Team All-Region. He has also been named as his team’s most valuable player three years in a row.

In a statement released by the university on Nov. 14, Jeremy Bayon, head coach said, “I am very thankful and excited to have Holden joining our Eagle family. His talent, hard work and dedication allowed his game to grow tremendously since we met a year and a half ago. Holden is a great addition to our program. I am very happy that he and his family decided to stay in Statesboro.”